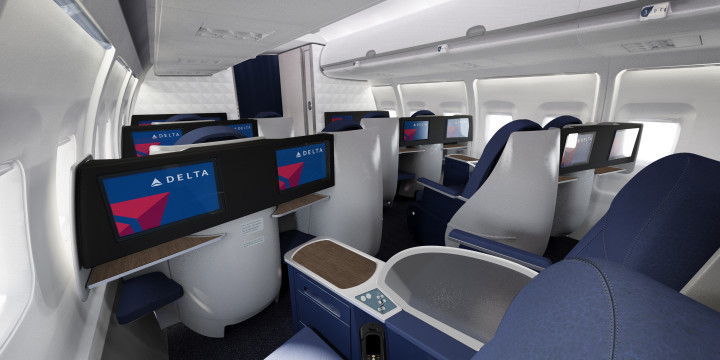 Delta Airline has reported financial results for the March quarter 2017.

Below are highlights of those results, including GAAP and adjusted metrics.

Adjusted pre-tax income for the March 2017 quarter was $847 million, a $713 million decrease from the March 2016 quarter, primarily driven by higher fuel prices.

Commenting on the development, Ed Bastian, Delta’s chief executive officer said: “Despite fuel price pressures, the Delta people once again delivered solid results across the board, with double digit operating margins, strong improvements in customer satisfaction, and progress on our international expansion with the closing of our Aeroméxico transaction.

“Producing these results in our toughest quarter of the year shows not only how far we’ve come, but also that we have more opportunity in front of us to continue building a better airline for our employees, customers, and owners.”

The airline said it therefore cancelled approximately 4,000 flights as a result of the weather and the subsequent operational recovery.

The company returned to normal operations on Sunday afternoon and had a 100% mainline completion factor yesterday. Delta currently estimates the storm will reduce its June quarter pre-tax income by $125 million.

“We hold ourselves to a high standard and we apologize to all of our customers who were impacted by last week’s events. I also want to thank the Delta people for working through some incredibly tough conditions to take care of our customers and reset our operation. They proved again they are the best in the business”, Bastian added.

Delta’s operating revenue for the March quarter was down $103 million versus prior year, including $20 million of lower year over year currency hedge gains. Passenger unit revenues declined 0.5 percent on 0.5 percent lower capacity.

“However, we will keep our full year capacity growth capped at one percent to support this unit revenue momentum and the company’s return to margin expansion.”

For the June quarter, Delta is expecting its margins to expand relative to prior year, as the improvement in unit revenues offsets higher costs.