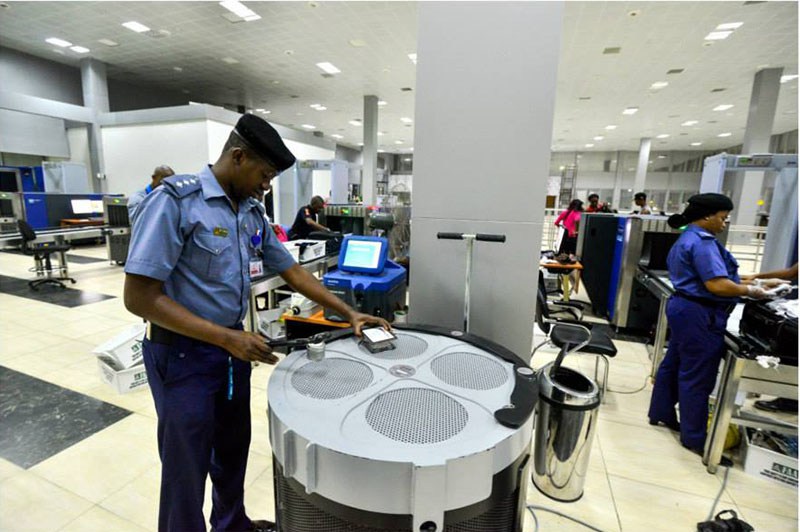 In the next three months, officers of Aviation Security (AVSEC) under the employ  of Federal Airports Authority of Nigeria (FAAN), would begin to carry arms as part of their duty to protect passengers and other airport users.

Aviation Minister, Sen. Hadi Sirika made this revelation at the 5th Aviation stakeholders’ forum  held in Abuja on Thursday.

He said the Ministry of Aviation has got the approval of the Federal government to empower the officers to carry arms in view of recent security challenges.

He said the officers would now embark on training  on how to use the arms and other gadgets that would go along with weapons.

“We got the approval to train AVSEC officers to bear arms in the next three months like the Transport Security Administration (TSA) in the United States of America. They will get new uniforms, Sniper dogs and wear new looks, safety and security is the primary concern of this administration, therefore, we are not leaving any stone unturned”, he said.

He also mentioned the promulgation a new Nigerian Civil Aviation Regulation which took effect in July 2016.

He said Nigeria achieved an effective implementation level of 67.36% during the International Civil Aviation Organisation (ICAO) Universal Safety Oversight Audit Programme carried out in March, 2016 which is above global average of 63.54% apart from recording 96.45% in ICAO Universal Security Audit.

In the areas of State Safety Programmes, Sirik reveals Nigeria has attained Level 3 out of 4 levels, thereby moving from red to green on the ICAO Dashboard.

He added that in line with ICAO and World Meteorological Organization (WMO) standards, in July 2017 the Nigerian Meteorological Agency acquired ISO 9001 2015 certificate, which qualifies it to offer Aeronautical Meteorological services. The Agency became the 1st in Africa to be so certified in that category.

“We have developed and published Performance-Based Navigation (PBN) Procedures  for 18 airports, introduced Standard Instrument Departures (SIDs) and Standard Arrival Routes(STARs) at Lagos, Abuja, Kano and Port Harcourt as an improvement on the procedures”, he said.

Sirika also referred to the publication of 10 Final Reports on serious incidents out of 28 rports released since the creation of Accident Investigation Bureau (AIB) in 2007, attaining 36% of total reports released.

He said it launched the AIB Nigeria mobile app in November 2017 to ease the process of reporting air accidents and serious incidents, and to enhance access by the public apart from rehabilitating the Emergency Operating Centre and furnishing of the Resuscitation Centres at Abuja and Lagos Airports.