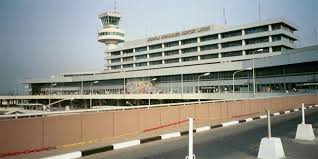 No fewer than 40 passengers who were supposed to travel to Milan aboard an Air Meridien flight, were yesterday stranded  at the Murtala Muhammed International Airport (MMIA), for allegedly missing their flight.

Many of the passengers, who had come from Edo, Delta, Abia, Anambra States and others, were disappointed as they were left behind as the airline claimed they came after they had closed the check-in counters.

While some sources however, alleged that the flight was over-booked, one of the affected passengers, Mrs. Justina Eghaghe Otaniyen from Benin Edo State, lamented that she arrived the airport as early as 12 for the 2:40pm flight to Milan, but was not airlifted by the airline despite arriving early.

According to her, when the affected passengers visited the Consumer Protection Department (CPD) of the Nigerian Civil Aviation Authority (NCAA) to lodge their complaints, they were directed to send an email to the airline for rebooking.

After the email messages, she claimed that NCAA officials at the airport informed them that they would only be airlifted on the 31st March, 2017, stressing that no arrangement was made for them by the airline.

Reacting, the NCAA said ‘about 14 Meridiana passengers came to CP desk to complain that the airline denied them checking-in. When contacted as to the reason why they were denied Checking in ; Mr Kabiru(Duty Manager) informed that the passengers came late to the check-in counter as counter opened since 08:30hrs and closed at 13:00hrs even though the counter was supposed to be statutorily closed at 12:30hrs. He then came to address the passengers from the Boarding Gates after the flight Departure and informed them that they should forward their details to the airline office at Milan for flight Rescheduling Charges free through an email: callcentre@meridiana.com.

The NCAA said the airline official assured them they will be rescheduled on request through the email, adding that he had educated their passengers who normally come direct to catch their Flights from places as far as Benin or outside Lagos of the need to come to Lagos at least a day before the flight date.

“Their next Flight which falls in summer flight schedule is to commence on 31/03/3017 and to be continued on every Friday of the week. The estimated time of departure is put at 21:45hrs, counter opens at 19:30hrs and closes at 20:00hrs”, the NCAA said in response to the passengers’ agitation.