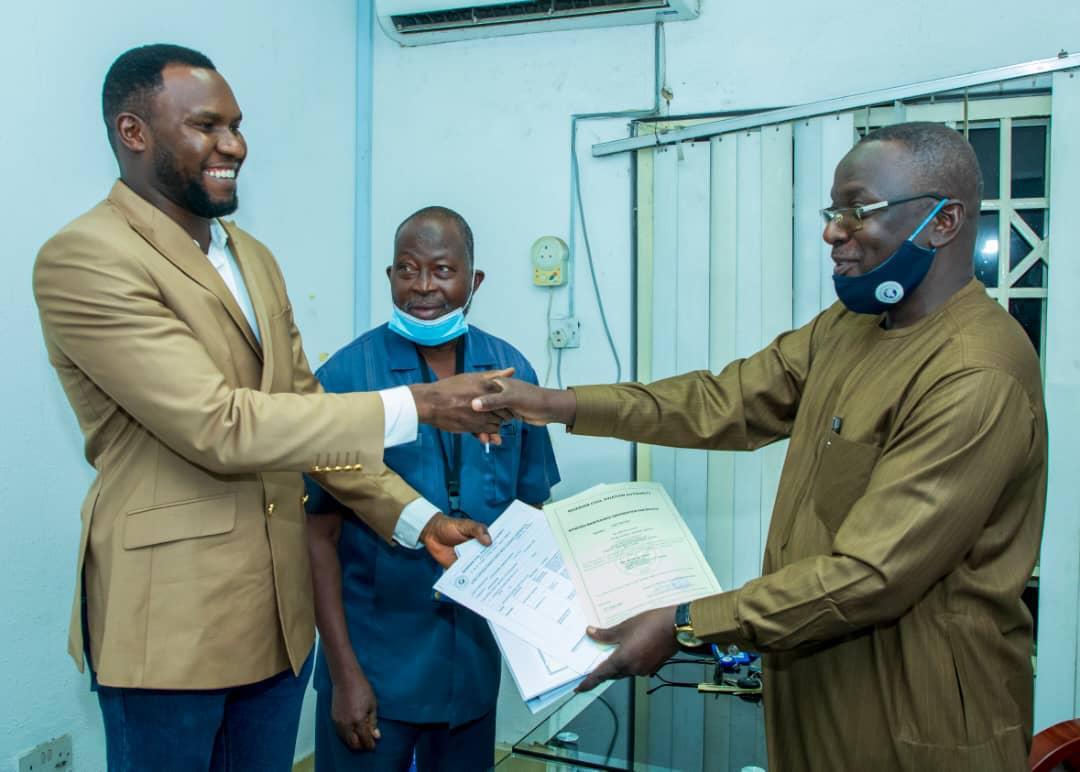 The Nigerian aviation industry is on the verge of witnessing a boom in terms of aircraft maintenance that could save the country and the entire West African region over $1 billion annually in ferrying aircraft offshore on different types of checks.

The Chief Executive Officer of 7Star Global Hangar, Isaac Balami, an aircraft engineer and former National President for Aircraft pilots and Engineers in Nigeria for 8 years while speaking with journalists in Lagos spoke extensively on the benefits of the hangar to airline operators within and outside the country.

He said, “7StarGlobal is the First independent Privately owned MRO in West and Central Africa. I say independent because it is a stand-alone and we were registered in 2012 and since then for about nine years, we have been back-to-back pursuing our license and Variation with the Nigerian Civil Aviation Authority. We are happy today to announce that after over 15 months of the NCAA reviewing our variation and our operational specifications and also expanding our capability list in Wheels and Breaks, Non-destructive testing (NDT) etc, we have finally finished our phase five which is the last stage in the certification process and we have been granted final approval. The huge capital in aircraft maintenance we often experience, amounting to over $1billion that is annually spent in West Africa alone is going to help to create jobs here in Nigeria”.

On the maintenance specification, Balami said the organization can carry out operations as permitted by the NCAA: “We are happy to say goodbye to 4 Years Inspection/Maintenance on Augusta 139 helicopters which most VIPs, even the presidency operates. Most oil and gas companies (Mobil, Shell, and Chevron) operate it. We also have EC 155 up to 6000 hours/12 years’ inspection. On the Learjet 45, about 9,600 hours’ inspection. On the small Cessna aircraft, we have about 100 hours/annual inspection. On the Bombardier DHC-8 100/200/300 (C Checks/8000FH), DHC-8 400 (C checks/8000FH), Challenger 601/604/605 (2400 hours inspections), Hawker Siddeley HS 125-850/900 (A-G Inspections), Bell 429 (5000 hours/5 years inspections), Embraer 135/145 (Up 5000hours/48months inspections), Embraer 600/650 (20000 hours/96 Months Inspections) and Boeing 737-300/400/500 (Up to 8A inspections), we have the highest inspection in most of the Aircraft as stipulated in the manufacturer’s manual. That means a lot of job creation for the aviation industry and we are happy. I can tell you categorically that aside from about 10 expatriates that we have to transfer technology and train our engineers on some few areas that we are not yet strong at, we already have about 68 local engineers that have the manufacturers’ type-course on those aircraft. They are experienced, they are current and most of them with at least 20-30 years of experience working on these aircrafts and working across the globe (US, UK, Canada, and the Middle East). So we have one of the best teams on the ground. I can tell you that your aircraft is safe with 7 Star Global Hangar”.

Balami further stated that 7Star Hangar currently occupies about 45,000 square meters of land in Lagos airport, a facility leased from the Nigerian Air Force Investment, partly from AMCON, and Arik airline, out of which 25,000 square meters the firm is currently operating on now. He equally disclosed that his firm had just secured an additional over 20,000 square meters from the Federal Airports Authority of Nigeria (FAAN) in Lagos thereby making 7Star one of the biggest operator in terms of access to land in Lagos Airport. He stressed that 7Star will be focusing on aircraft Maintenance Repair and overhaul (MRO), describing it as quite exciting because operations are starting with aircrafts that are more often taken overseas for inspection. 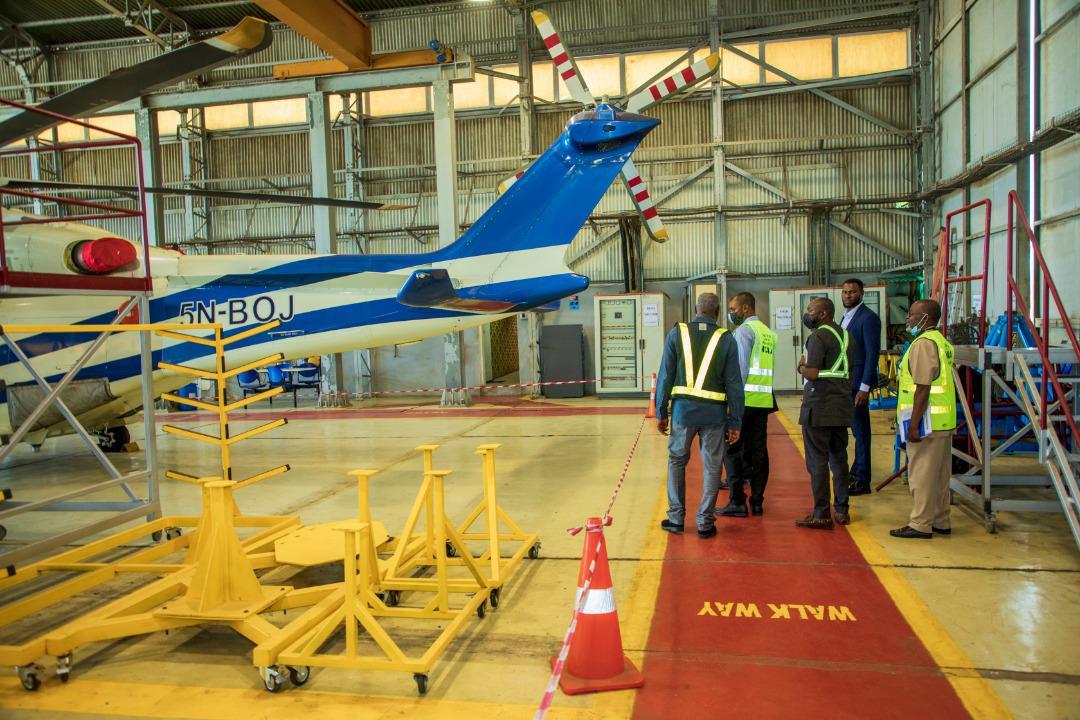 He noted that as former National President of the National Association of Aircraft Pilots and Engineers (NAAPE) for eight years, he alongside the technical team and board Members had seen the difficulties airlines go through to fly their airplanes overseas for repairs, incurring huge costs to operators of the aircraft.

“We went through the process of certification from phase 1 to phase 5 and today, with about 6 to 7 experienced inspectors NCAA assigned to this project, we have been able to go through the process.  The MRO is fully ready for operations and we are going to be operating with other sisters MRO and hangars across the country. I am a product of AeroContractors and I always say it boldly with pride. Today, we have an MoU with Aero, which is about 63 years old this year. We will work together to complement each other. Not one MRO, not even Lufthansa Technik has all the tools in the world. So it is all about collaboration”.

“We have invested over $5 million on equipment alone. These are equipment that the NCAA team came to inspect and they are satisfied and the equipment are all overhauled, calibrated, and up-to-date, and our engineers are well-trained on how to operate the equipment. We are happy and proud about the history Nigeria is making even in West Africa”.

On employment generation, Balami gave insight into what the organization is capable of and aiming at, saying, “When you have 68 certified engineers, you have about 100 technicians working to support them. And these are just core licensed and certified staff. I am not talking about the planning department, technical records, quality and safety department, logistics, the store, and facility. The CAMO to track aircraft continued Airworthiness etc. Aviation is huge. Talking about our engineers, we just need to train and retrain them. Normally for a C-Check, you do not need more than 3 to 4 licensed engineers depending on the size of the Aircraft, the rest don’t have  to be typed.

He lauded the Minister of Aviation, Senator Hadi Sirika for all the support and encouragement, the Director-General of the Nigerian Civil Aviation Authority (NCAA), Capt. Musa Nuhu; the Director of Airworthiness Engr Ajiboye with his team; the GM AMO Engr Sani and the entire team who participated in the success of the certification. Balami assured the Aviation Ministry,  NCAA, Aviation Stackeholders and the General Public that the trust bestowed on 7 Star Global Hangar will not be taken for granted.