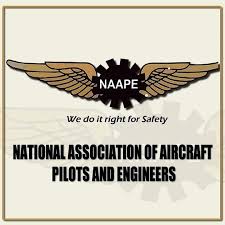 Engr. Galadima Abednego of the Nigerian College of Aviation Technology (NCAT) Zaria,  has been elected new president of the National Association of Aircraft Pilots and Engineers (NAAPE).

Speaking shortly after the inauguration of the new exco in Port-Harcourt where the election held, Galadima said he would become a good servant leader of NAAPE, adding that he would hit the ground running.

“I want to appreciate each and everyone who participated. I congratulate the out-gone President and the planning committee of the delegate conference. We are going to promote excellence in the industry through NAAPE Voice. We will also use it to generate revenue for our union. We will continue with the great works of the past exco”, he said. 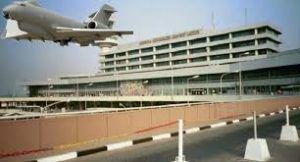 Galadima, who immediately announced the appointment of Mrs. Kyola Dyaji as the new women commission leader said the woman will see to the affairs of female Pilots and Engineers.

“Our watchword is that any injustice in any branch is a threat to all our branches. I specifically appreciate Engr Roland for making sacrifice for the association”, he said.

In his comment, out-gone president of NAAPE, Engr. Isaac Balami said that the election was very credible, enjoining his members to be law abiding at all times.

The election was preceded by national delegates conference and symposium held at the Hotel Presidential Port Harcourt.

The conference with the theme: “The role of Aviation Professionals in Aviation on Development” attracted industry players and people from all walks of life including the former governor of Akwa Ibom State, Air Comodore Indongesit Nkanga, former Director General of the Nigerian Civil Aviation Authority NCAA, Engr Benedict Adeyelika amongst others.