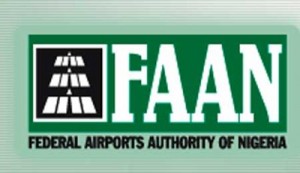 Gittens made the commendation in an interview during the 55th Airport Council International  (ACI) Africa Board and Working Meetings &  Regional Conference and Exhibition  in Cairo, Egypt.

According to her,  “We are very proud of how the Federal Airports Authority of Nigeria has improved on safety and security. I will hope that with the kind of success achieved, we would be able to call on them to help other airports”, she continued.

She also noted that, prior to the audit, FAAN had invited ACI – APEX for Safety review at airports in Nigeria, thus providing guidance and facilitating improvements through monitoring and best practice exchanges, which addressed potential vulnerable areas and identified gaps.

In her keynote address, Gittens stated that Nigeria was among the three African countries whose 97 airport professionals were trained last year in understanding annex 14, Aerodrome Certification, Airport Safety Implementation, and Airside Safety and Operations.

ACI-Africa represents African airport operators. Its main mission is to promote the collective interests of airports and the communities they serve, and to promote excellence in airport management and operations, helping to provide passengers with a safer, more secure, more efficient and environmentally responsible air transport system.