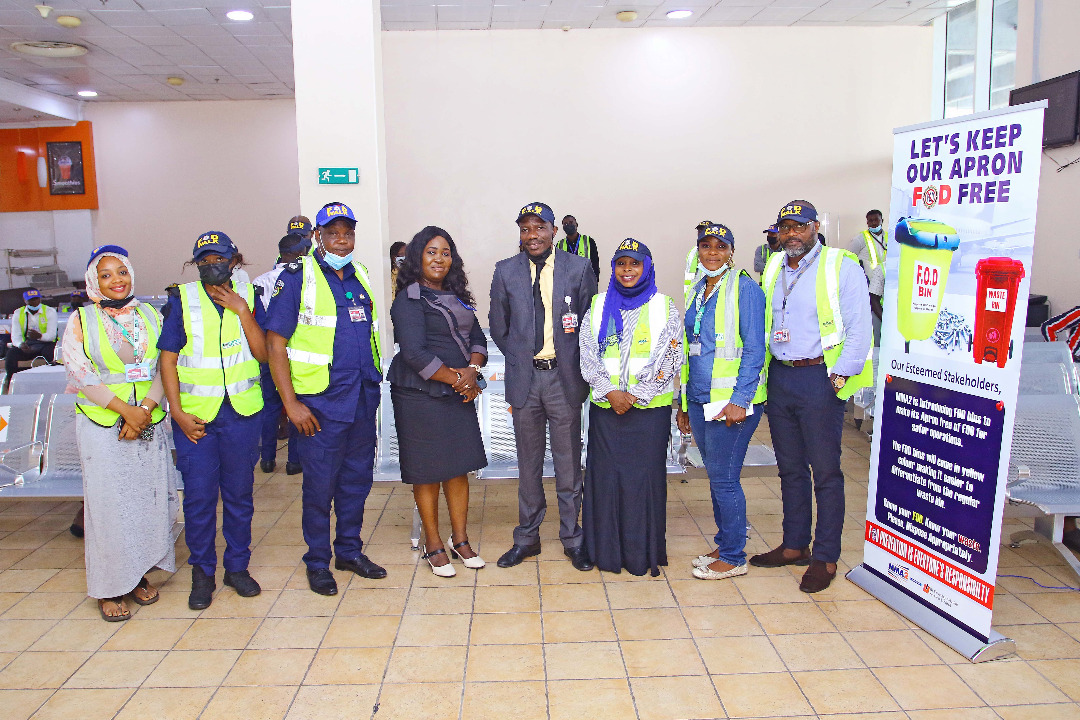 The initiative, according to the Ag. Head of Business, Mr. Raphael Uchegbu, is a deliberate move to ward off potential dangers that FODs constitute to aerodrome operations.

Uchegbu, who stated that FODs contribute to the damage or potential damage to aircraft, ground equipment and endanger life, also maintained that FOD can be as simple as a nut, a piece of concrete, a piece of paper, a stone, a suitcase handle, a screwdriver or even passenger.

He added that “throwaway items are inherently dangerous. In the working environment of an apron, they contribute to the damage or potential damage to aircraft, ground equipment and perhaps even endanger life. This initiative is in line with BASL’s determination to maintain top safety culture at MMA2 at all times – all for passengers’ comfort.”

Uchegbu noted that the terminal operator decided to take the bull by the horn to launch the initiative with special FOD bins. The bins, he stressed, come in yellow colour for easy identification – separate from other regular bins on the airside.

She maintained that picking up of FOD is everybody’s responsibility, saying it should not be left to airside staff as hazard could lead to loss of jobs. Her words: “If you see any strange object at the airside you pick it up, ensure to clean up as you go.”

While adding her voice, BASL’s Head of Safety, Nafisat Adeniran advised participants on the best practices for Apron Safety. She maintained that FOD at airports can cause damage running into millions of dollars for airlines, airports, and airport tenants.

“What we have done today is basically an FOD-prevention strategy which is not limited to training, facility inspection, maintenance, and proper coordination on how all affected parties can minimize potential FOD challenges and its effects at MMA2. We have plans to continue to train and sensitize our personnel on this critical aspect of terminal operation,” she added.

Participants cutting across airlines staff, apron/airside, AVSEC staff were trained on how to identify and pick FODs at the airside. They were conducted round the facility on what was tagged – FOD WALK – to identify and pick items after which they were variously categorised in line with required specifications.

Experts at the event maintained that aircraft parts, rocks, broken pavement, ramp equipment, and vehicle parts are some of the items that should not be allowed or seen on the tarmac. They argued that damage usually occurs when the aircraft is taking off or landing.

The intake suction from a jet engine is powerful enough to suck up loose material lying on the floor of the tarmac or runway, and the winds created by a helicopter or prop-driven aircraft’s rotors or by a jet blast can send such objects airborne, thereby creating hazards to the environment.