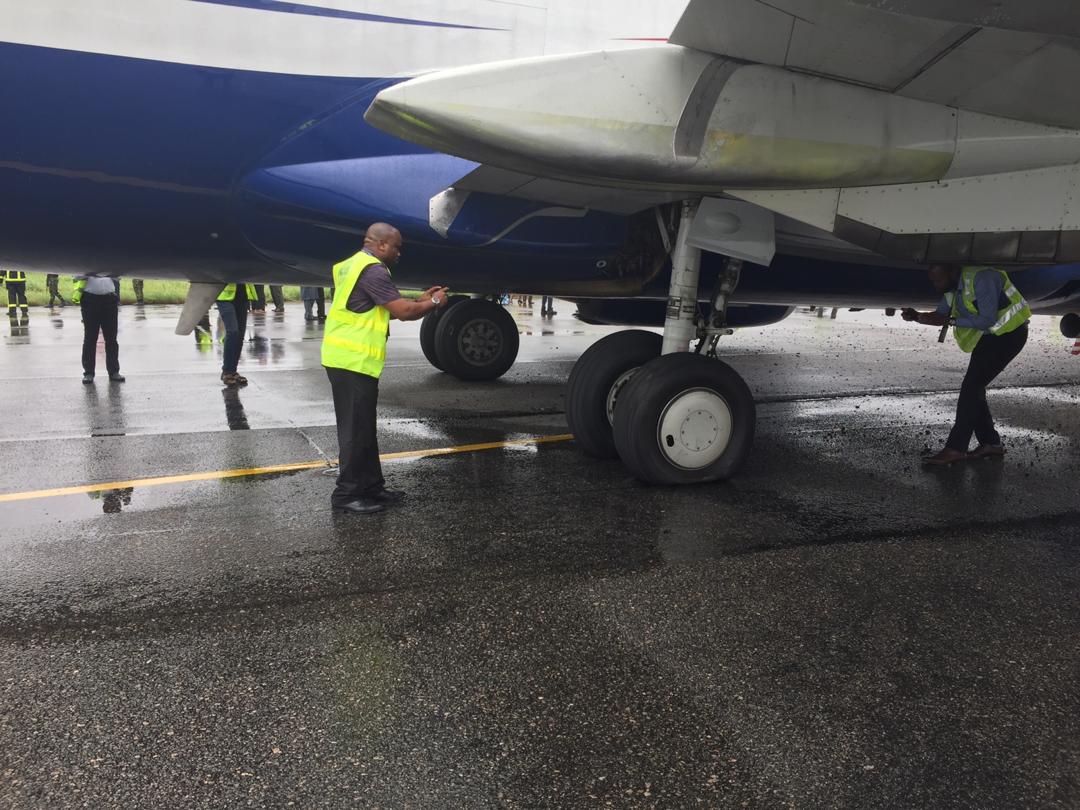 …As airline commends crew over professionalism

The Accident Investigation Bureau (AIB), has commenced investigations into an incident involving a Boeing 737-300 with the registration marks 5N-BQO operated by Air Peace Limited at the Murtala Muhammed International Airport, at about 11:28 am on Tuesday.

It was learnt that  the aircraft, with 133 passengers and 6 crew members on board was on approach to Murtala Muhammed International Airport, Lagos from Port Harcourt.

Information revealed that the aircraft nose wheel collapsed on landing on the runway (18R) and the nose wheel gear tire sheared off.

The AIB in a statement signed by Tunji Oketunbi, its spokesman, added that it was informed of a minor injury but no fatality.

”Our team of safety investigators have commenced investigations. As the investigating agency, AIB needs and hereby solicits for your help. We want the public to know that we would be amenable to receiving any video clip, relevant evidence, or information any members of the public may have of the accident; that can assist us with this investigation. I will like to enjoin the Press and the public, to respect the privacy of the people involved and not to pre-empt the cause of the accident “, Engr. Akin Olateru, the Commissioner of AIB, said. 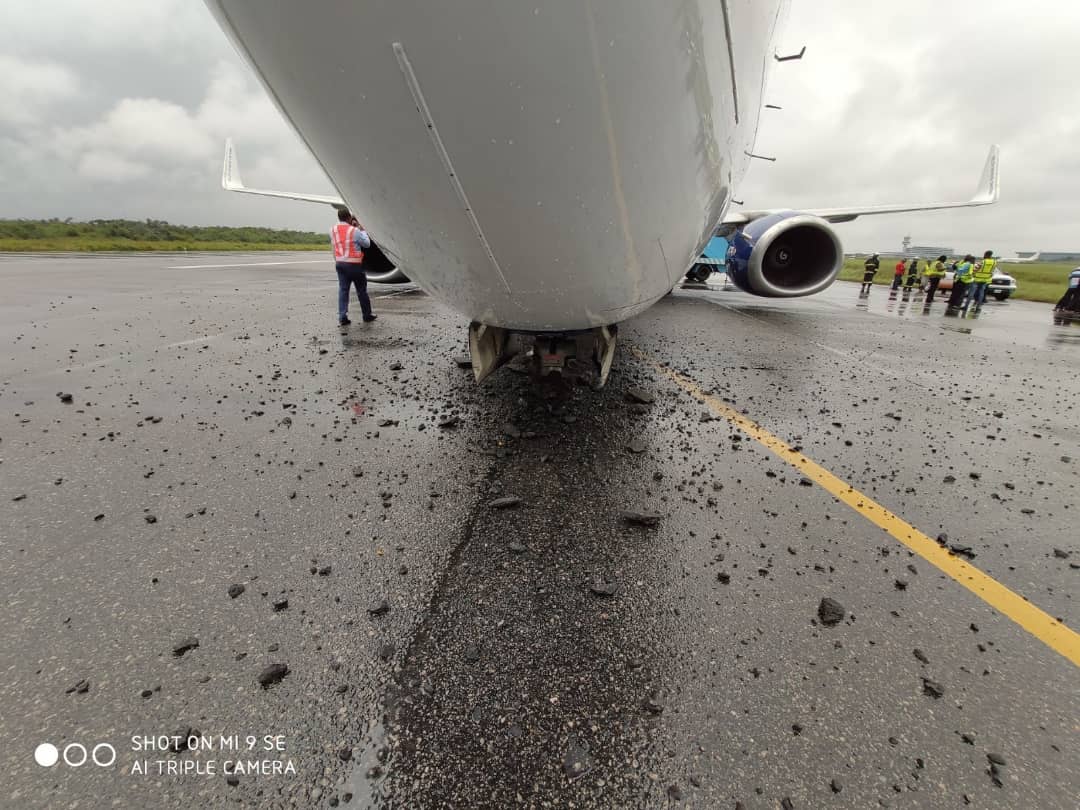 Meanwhile, Nigeria’s major carrier, Air Peace has commended Captain Simisola Ajibola and her crew for handling a situation in Lagos this morning.

A statement signed by Oluwatoyin Olajide, chief operating officer of the airline, said Caption Ajibola noticed sudden weather changes when approaching Lagos and demanded to land on the International runway as it is longer and wider than the domestic runway.

“After landing safely and rolling to the runway exit, the nose gear developed a problem and partial collapsed. The crew notified the airport authorities who quickly ensured the safe disembarkation of the passengers via the passenger door.
“We are committed to the safety of our passengers at all time. We will continue to operate in line with international practices and in accordance with regulatory guidelines. We are being assisted by the various authorities to determine to cause of the incident”, she said.