AIB boss warns on dangers of plastic pollution to the environment 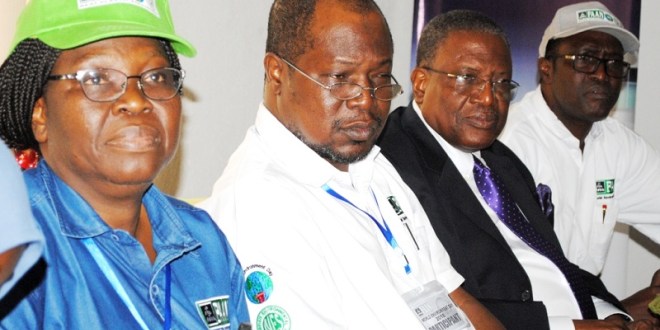 …urges companies to embrace other practices

Commissioner, Accident Investigation Bureau (AIB), Engr. Akinola Olateru, has called on companies and individuals to rise up to the issues pose by plastic pollution by implementing some practices that will reduce waste at all levels.

Olateru, while presenting his goodwill message at the 2018 World Environment Day organised by the Federal Airports Authority of Nigeria (FAAN) in conjunction with Nigerian Environment Society with theme: ‘Beat Plastic Pollution’, said plastic is composed of toxic pollutants and as such has potential to cause great harm to the environment in the form of air, water and land pollution.

He noted that eventhough, plastic is an incredibly useful material, it is made from toxic compounds known to cause illness and because it is meant for durability it is not biodegradable.

“Plastic is nearly impossible to break down. Burning plastic is incredibly toxic and can lead to harmful atmospheric conditions and deadly illness. Therefore if it is in a landfill, it will never stop releasing toxins in that area. Even recycling does not cut down on plastic, as it essentially uses the existing plastic albeit in a new form. The process of recycling plastic can also lead to plastic irritants being released in a number of ways”, he said.

According to him, some of the major long-term effects of plastic pollution are groundwater pollution, land pollution and air pollution. Others he said include, Foreign Objects Debris (FOD).

“FOD poses a safety hazard. It can be ingested in an aircraft engine which can result in damage to the aircraft or cause an accident.  On July 25, 2000 an AF 4590 departing CDG ran over a piece of titanium debris from a continental DC 10 shredding a tyre and slamming rubber debris into the plane’s fuel tank. The subsequent leak and fire caused the concorde crash killing 100 passengers, 9 crew members and 4 people on the ground”.

While proffering solutions to the problem, he said Airport should develop a mechanism to check and remove FOD and the likes from runway, taxiway, apron, aircraft parking areas and loading ramps. A daily self inspection should be conducted.

He also called for a debris management program to be developed to include awareness and training, detection through manual inspections and equipment; removal using equipment and evaluation of the program through data collection to identify ways to make improvement.

He said Concessionnaires at airport can be advised on options they can switch to for packaging, storing and bagging items, adding that companies around the world today are coming up with excellent low-cost replacements, such as bamboo utensils in place of plastic ones.

“The way to address this problem is for individuals and companies around the world agreeing to implement practices to reduce waste at every level”.