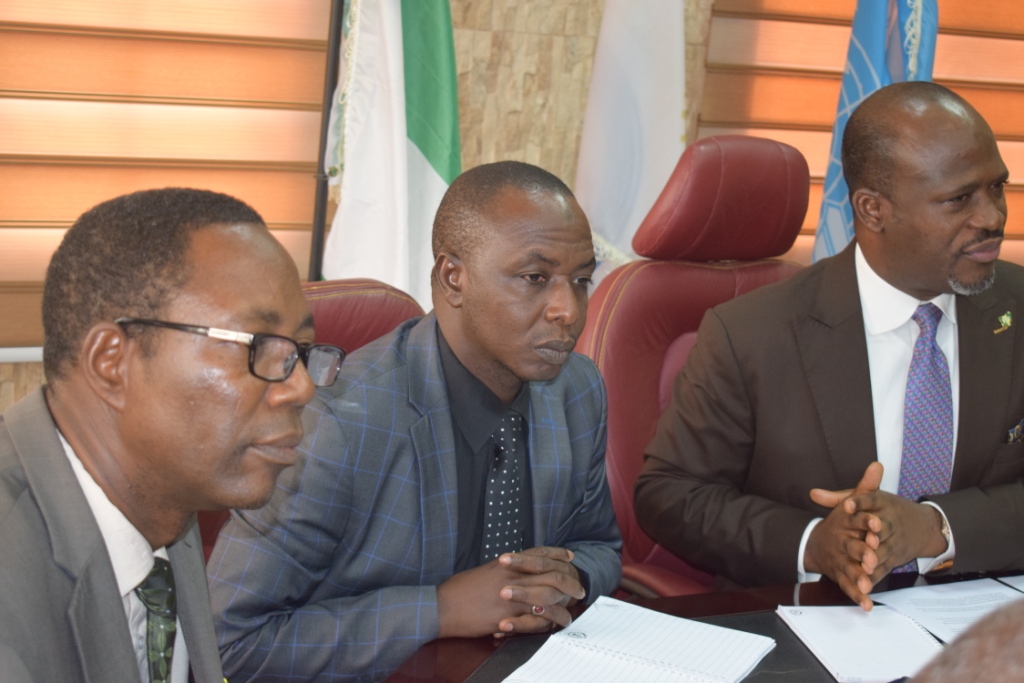 The Accident Investigation Bureau (AIB), on Wednesday, inaugurated a committee specially constituted on the effectiveness of the safety recommendations made by the bureau from inception.

Speaking at a briefing on  the inauguration, Commissioner, AIB, Engr. Akin Olateru, said  it ‘becomes necessary in order to consolidate the remarkable efforts being made by this management since assumption of office to extend the frontiers of aviation safety, not only in Nigeria but globally’.

Members of the committee were drawn from AIB, Nigerian Civil Aviation Authority (NCAA), the Ministry of Transportation and the industry.

Olateru said to ensure balance and objectivity, the Minister of State for Aviation, Senator Hadi Sirika, approved the appointment of experienced industry experts as consultants to the committee.

They are Captain Kiddie Dare and Engr. Gbolahan Abatan.

“The committee will engage the affected stakeholders on the effectiveness of the safety recommendations addressed to them and submit their report to AIB management, which will work on it for the benefits of the industry.

“The responsibility for enforcing safety recommendations lies with NCAA and this may explain why there are four nominees on this committee from the agency. This exercise is therefore to complement their efforts and enhance the industry’s capacity to improve safety”, he added.

Olateru, who explained that the current management at AIB inherited 27 outstanding accident reports, he added that out of this, it has published 10 as at the end of 2017.

He said the published reports generated 35 safety recommendations, saying it plans to release another set of six accident reports before the end of May, 2018.

“For accident investigation to be relevant and effective, it must be thorough, impartial and timely. Timeliness is of essence. You would recall that we recently released three preliminary reports of two serious incidents and an accident shortly after they occurred.

“Safety recommendations are as critical as the investigation itself as it is the lever used to effect safety changes and improvements in the aviation industry.

“The International Civil Aviation Organisation (ICAO) also describes Accident Investigation as ‘a process conducted for the purpose of accident prevention, which includes the gathering and analysis of information, the drawing of conclusions, including the determination of causes and, when appropriate, the making of safety recommendations.’

“The purpose of accident investigation, which is to improve aviation safety cannot be achieved if our recommendations are not found to be effective by the stakeholders. The recommendations guide the regulators, operators, the Ministry and other stakeholders in the industry.

“It is noteworthy that the Bureau’s accident investigation and safety recommendations have recorded positive impacts in the national and global aviation arena”, he added.

“AIB during investigations, identifies a lot of hazards that sometimes may not be related to the particular occurrence under investigation but work with the operators to resolve them.   It is noteworthy to state that safety recommendations/ safety alerts can be made at any stage of the accident investigation and we do not have to wait until final report is released.

“While we appreciate that our safety recommendations have recorded positive impacts locally and globally, we found it imperative to holistically review the effectiveness of all the recommendations with a view to enhancing aviation safety to the benefits of all air travellers.

“It is with this background that AIB decided to review our recommendations from inception totalling 120 and measure the level of their effectiveness”, he said.