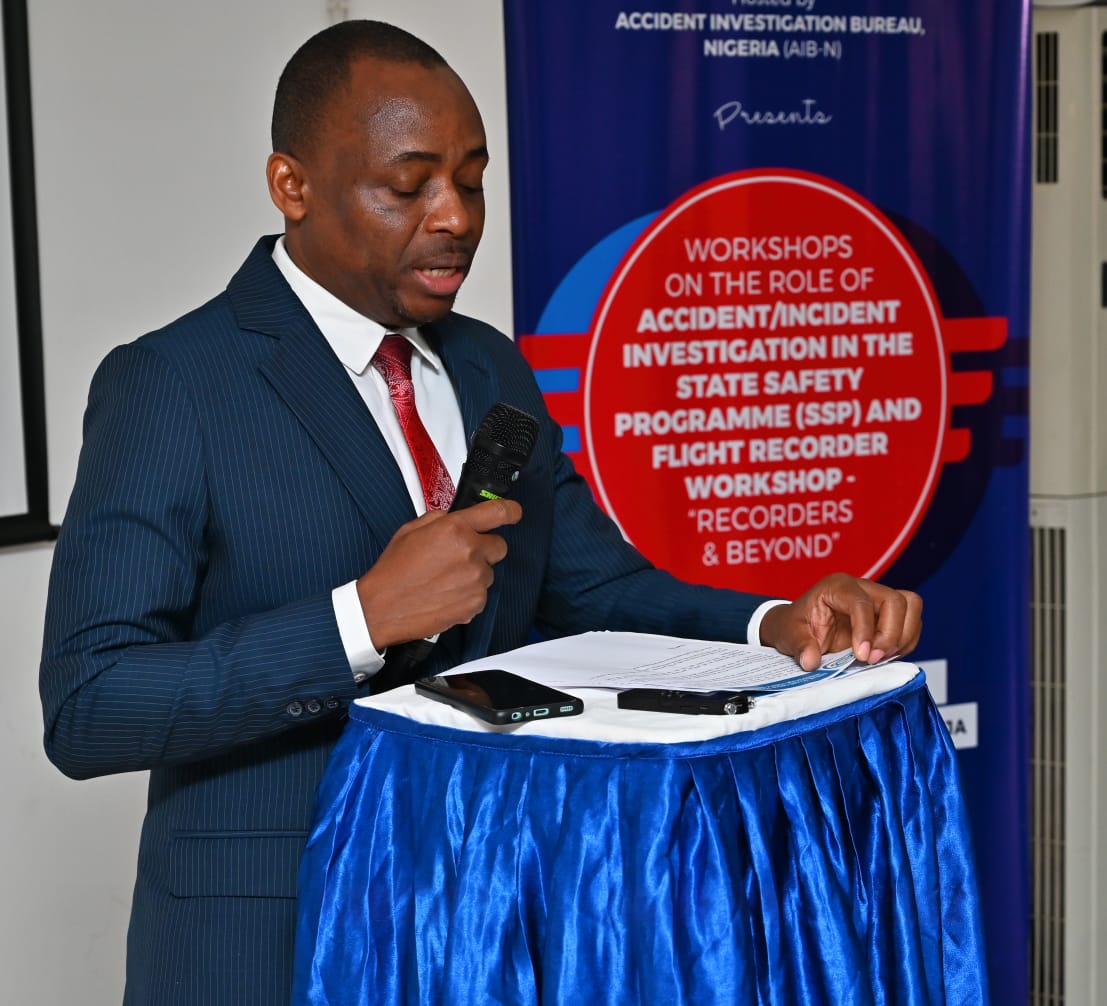 Accident Investigation Bureau Nigeria (AIB-N) has assured of its resolve to double efforts towards enhancing aviation safety in Africa and beyond through quality investigations of air mishaps.

This was disclosed today by the Commissioner of the Bureau, Engr. Akin Olateru at the conclusion of the week-long workshops organised by the Bureau and Bangul Accord Group Accident Investigation Agency (BAGAIA) in partnership with African Union(AU) and European Union, (EU) under the Aviation Safety for Africa,(EU-ASA).

Olateru who was duly represented by the Director of Engineering, Engr. Muhammad Wali, stated that AIB would continue to work in partnership with relevant agencies and stakeholders in the aviation industry for a secure airspace in the African sub-region and beyond.

“AIB, in partnership with industry stakeholders, will always play a critical role in promoting aviation safety through quality investigations and timely publication of reports,” he said.

He added that the Bureau’s resolve to continue to align to the current trends of enhancing aviation safety through improved technology, training and retraining of the personnel, contributes meaningfully to the achievement of the Bureau’s mandate.

Speaking, the BAGAIA Commissioner, Engr. Charles Irikefe Erhueh appreciated the AIB management, the Nigerian Civil Aviation Authority (NCAA), and AU for their support and cooperation towards the successful completion of the workshops, which was organised as part of efforts to drive safety measures and quick response during air mishaps in Nigeria and other African countries.

Erhueh also called on the participants of the workshops to ensure that they put all the knowledge and skills acquired at the training into practice at their various organisations.

The week-long workshops was titled the Role of Accident and Incident Investigation in the State Safety programmes (SSP), and Flight Recorder- Recorder and Beyond.

Participants at the workshops were drawn from AIB, NCAA, the Nigerian College of Aviation Technology (NCAT), the BAGAIA, amongst others.