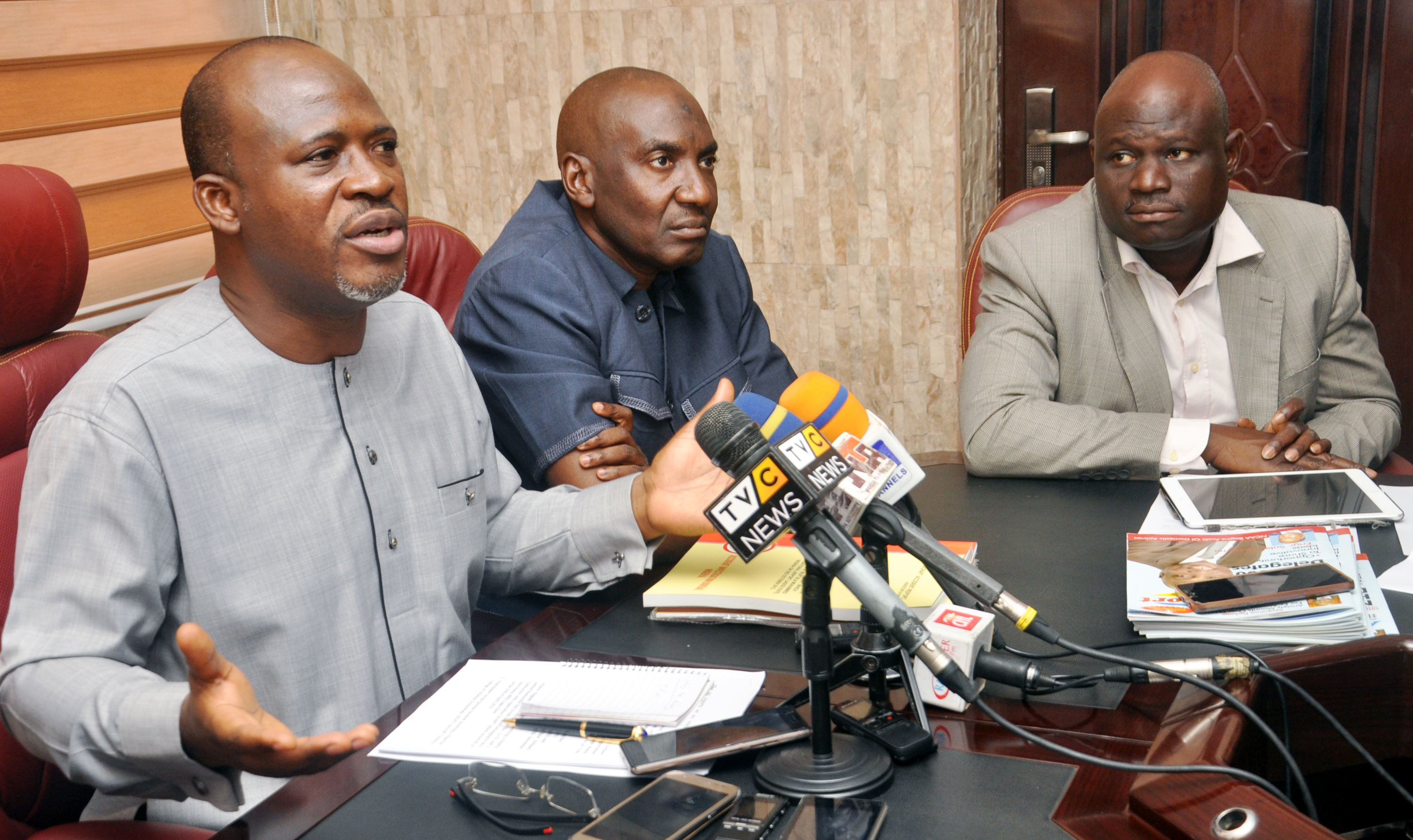 The Accident Investigation Bureau (AIB), on Wednesday, released the final report of the Associated plane crash which occurred in October 2013, citing as its causal factor,  the decision of the crew to continue the take-off despite the abnormal number 2 Propeller indication warning and the low altitude stall as a result of low thrust at start of roll for take-off from number 2 engine caused by an undetermined malfunction of the propeller control unit.

On the contributory factor, the AIB’s release fingered the aircraft being rotated before attaining V1, the decision to continue the take-off with flap configuration warning and auto-feather warning at low speed, poor professional conduct of the flight crew, inadequate application of Crew Resource Management (CRM) principles, poor company culture and inadequate regulatory oversight.

It would be recalled that the airplane was conveying the corpse of former governor of Ondo State, Chief Olusegun Agagu, who was also former Aviation minister and other notable dignitaries including Mr. Deji Falae, former commissioner for Tourism in Ondo state at that time, when it crashed near the the Joint Users Hydrant Installation (JUHI) at Lagos airport.

Commissioner, AIB, Engr. Akin Olateru at a press conference at the Bureau headquarters at Lagos airport, lamented that ‘if the CRM had  been good between the pilot and the co-pilot, they could have aborted the flight, the two pilots needed to have worked together’.

According to the report released today, other factors that contributed to the crash include: the aircraft was rotated before attaining V1. The decision to continue the take-off with flap configuration warning and auto- feather warning at low speed, poor professional conduct of the flight crew, inadequate application of Crew Resource Management (CRM) principles; poor company culture and inadequate regulatory oversight’.

AIB released four safety recommendations on the crash, which were all directed at the Nigerian Civil Aviation Authority (NCAA).

It  called on NCAA to enhance the enforcement of the regulations with regards to the implementation of operators approved personnel training programme and intensification of its safety oversight function on the airline to ensure that flight operations were carried out in accordance with approved operations manuals in line with the provisions of Nigeria Civil Aviation Regulations (NCARs).

“That the NCAA should enhance the enforcement of the regulations with regards to the implementation of operators approved personnel training program.

That the NCAA should intensify its safety oversight function on the Airline to ensure that flight operations are carried out in accordance with approved operations manuals in line with the provisions of Nig. CARs.

That the NCAA should intensify its safety oversight on Associated Aviation Ltd to ensure staff welfare issues, and remunerations are settled promptly.

It added that NCAA should ensure that State Confidential Voluntary Reporting System is established and implemented in line with the State Safety Program.

Others were improved safety oversight on the affected carrier to ensure staff welfare issues, and that remunerations were settled promptly.

NCAA’s response to these recommendations can be found in the report”, Olateru added.

Olateru, who was worried that human factor had always been responsible for most crashes,   said the Bureau will , bring to Nigeria, the United States National Transportation Safety Board (NTSB) to give a lecture on how to deal with human factor, adding that they will even retrieve past accidents reports to give the lecture for one week.

“Human beings are the most complex, therefore whatever they operate may not be free of error and also, it is not the age of an aircraft that determines its safety, what matters is the maintenance culture, the company needs to be healthy financially to run an old aircraft but look at our environment, nobody or company gives out loans to operators to acquire equipment’, he lamented.

Olateru revealed that ‘today we have released 27 Safety Recommendations and a total of 147 safety recommendations since the inception of AIB. We believe that these has impacted air safety, not only in Nigeria but globally.

“With 66 safety recommendations out of 147 and 16 reports out of 35 recorded  from January 2017 to date, we have achieved 45 percent on our Safety Recommendation and 46 percent on publication of the accident and serious incident report.

“Reaching a total of 16 accident and serious incident reports in the last 15 months could only be made possible by the tremendous effort of our member of staff who continuously have sleepless night in ensuring that we clear the backlog, the support of the supervisory ministry and particularly the Honourable Minister”, he added.

On the two Bristow Helicopters serious incidents at the Addax Base Helipad, Calabar in Cross River State on November 12, 2009, like Associated Airways, the bureau also made four safety recommendations.

AIB in the report, however, stated that NCAA responded to the safety recommendations of the bureau and implemented them.

The report observed that the rostered driver of the baggage loader vehicle was not available at the time of the occurrence and cited the non-adherence to NAHCO Safe Operating Procedures by the Ramp manager as one of the contributory factors to the incident.

It also made four safety recommendations to NCAA, which included ‘strict adherence to NAHCO’s Standard Operating Procedures’ and ‘Air Operators’ Certificate (AOC) holders should determine the minimum number of personnel for airline ground handling operations to be deployed for each aircraft type.’

On the Westlink Airlines’ Piper Aztec 23-250 aircraft accident, AIB identified inadequate visual lookout and failure to avoid the obstacle by the pilots as the only causal factor responsible for the accident.

The contributory factors included less than adequate planning and preparation for the flight, inadequate pilot training and experience on agricultural aerial work and limited regulatory guidance and oversight on agricultural operations.

It also made four safety recommendations to NCAA in its report.

The report also included two NCAT serious incidents that occurred on May 23, 2012 and October 4, 2012 in Kaduna State, which generated eight safety recommendations.