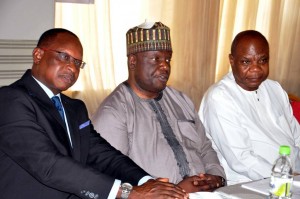 The Commissioner of Accident Investigation Bureau, AIB, Dr. Felix Abali has called  on the general public to cooperate with it whenever it is  investigating accident or incident in the country.

Abali also assured that the Bureau would continue to carry out its functions efficiently in line with internationally recognised standards.

Speaking on Tuesday during his welcome address at the stakeholders forum on draft amendment to AIB regulations in Lagos, Abali declared that the International Civil Aviation Organisation, ICAO, Annex 13, specifically said that the sole objective of the investigation of an accident or incident would be to prevent recurrent of accidents and incidents.

He explained that the purpose of this activity was not to apportion blame or liability, which he said may however run against the expectation of many members of the public.

He however said that this was understandable due to the emotion laden atmosphere that usually accompanies air mishaps anywhere in the world, but said AIB would not carry out its investigation through emotions.

He added, “It is also not unusual to find many people eager to know the cause of aircraft accidents, even in a matter of days. So are we but accident investigation process is more complex that many often imagine. We must be painstaking and thorough so as to arrive at a conclusion that is not only fair and transparent but can also be scientifically proven.

“Besides the accident site investigation that is usually open to the public, accident investigation entails gathering information from diverse sources including documentations such as maintenance and personnel records, regulatory authority records, flight planning documents and operators manuals.

“Other sources are recordings such as flight recorders, interviews, direct observations of actions performed by operating or maintenance personnel in their work environment, simulations, specialist advice, safety databases and so on.

“There are also statutory processes to be engaged before reports are released to the public. All these take time. It is therefore important to appeal to the public and concerned citizens to please show some understanding and patience during air mishaps. It may also be apt to enjoin some people who always try to preempt accident investigations to apply the brake and allow AIB to do its job.”

Abali posited further that the ongoing amendment of the current regulations would make the document to be more robust, transparent and all inclusive.

He insisted that review was the livewire of any organisation that is serious about growth and progress, stressing that the agency’s experience in Nigeria and in the globe had made it imperative for the current regulations, which came on board on November 11, 2006 to be reviewed.

He explained that Nigeria as a country could not operate in isolation of others, stressing that it was necessary for it to align itself with happenings in the global aviation industry.

Abali further maintained that regulation was an important tool for carrying out the functions of accident investigation as it sets out the framework for the day-to-day operations of the bureau and added that the bureau’s enabling law, which also domesticated International Civil Aviation Organisation’s, ICAO, Annex 13, formed the bedrock of the regulations.

He hinted that one of the major mandates and responsibilities of AIB was to make safety recommendations in case of an incident or accident, but declared that it was not in its purview to enforce compliance, rather, the responsibility of the Nigerian Civil Aviation Authority, NCAA.

He added, “We only monitor implementations of our recommendations. Accident investigation process is more complex than many people imagine. So, we must be thorough in our findings and recommendations. There are statutory processes to be engaged before the recommendations are released to the public.”

Also speaking at the occasion, the Minister of State for Aviation, Sen. Hadi Sirika has reiterated that the Federal Government would continue to take the issue of safety and security of all airport users as critical.

He also expressed that the amendment process had been duly followed as stipulated in the subsisting Regulation, 2006 with the participation of the observer to the bureau’s regulation committee reporting back to the Federal Ministry of Aviation on the amendments.

Sirika who was represented at the occasion by the Special Adviser, Technical, Capt. Nuhu Musa believed that all relevant amendments by the agency were in conformity with the ICAO Annex 13 on Accident Investigation, which had been included in the first regulations.

Also, Mrs. Maureen Tsenongo of AIB, in her presentation declared that the essence of the amendment was for the industry to move forward and improve incident or accident investigation. Noting that before the review, technical personnel in AIB took a careful look at the current regulation.