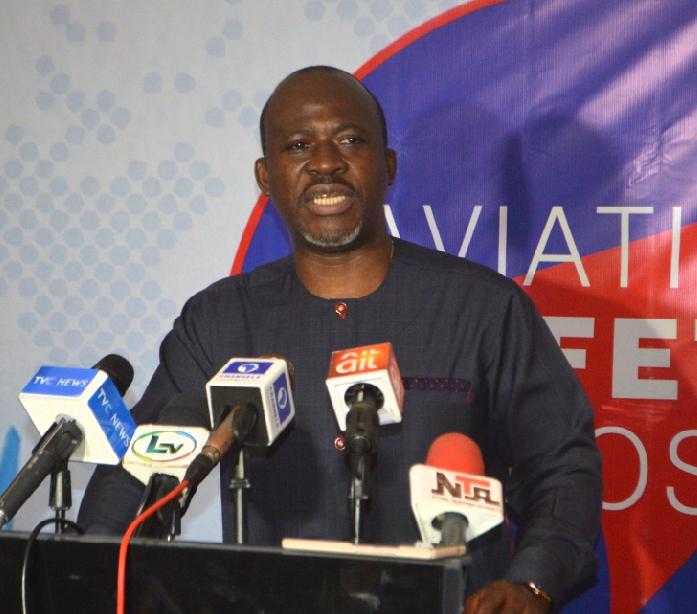 …as US stops sponsorship of Safe Sky programme for Africa

Plans may have reached an advanced stage for Accident Investigation Bureau (AIB-Nigeria), to become a Multi-Modal investigation body.

Engr. Akin Olateru, Commissioner at AIB-Nigeria, disclosed this at the weekend in Lagos, at the end of the Safe Sky programme, organized by the Bureau in conjunction with United States National Transportation Safety Board (US-NTSB), for Africa.

According to him, the Federal Executive Council (FEC) has approved a draft proposal for this purpose while the bill is currently receiving attention before the Senate.

He expressed hope that if the bill is passed before the end of the year, that would make AIB one of the top nations that carry out Multi-Modal investigations.

“We are currently working on the possibility and on approval of AIB going Multi-Modal, Multi-Modal means we are going to be investigating not just air accidents, but Marine, Rail and Road accidents, we are joining other nations who operates this modal system. Last year, the FEC approved the new draft proposal for AIB and before the Senate went on recess, the bill was right on their table and hopefully, before the end of the year, this bill will be passed and that will make AIB one of the top nations that does Multi-Modal.

“We have reviewed that regulations to take of all those gaps. For instance, the reason we have Samsung and top leading brand is because they spend a lot of time and money into research. If you stay stagnant, the world will leave you behind. And for any company to survive in this time, you must invest heavily in research and development and that is why we went back to the drawing board to take care of those things that we missed. we have invested in this to ensure we are on top of our game.

He disclosed that the AIB has between 2017 and till date, released 58 percent of the total number of reports released since the creation of the Bureau in in 2007.

“The AIB influences safety through the back-end, our work is extremely important”, he said.

Olateru, who noted that Multi-Modal investigation is a huge scope, explained however that, the AIB does not charge any fee for services because it is funded by government.

“The more accident, the more money it costs AIB. We have increased our scope to accommodate enough money to be able train, buy more equipment and do many other things, in terms of proper funding, there will be permanent solution by the time the bill is passed”, he added.

On human capacity needed when the Bureau finally becomes Muti-Modal, he said 30 investigators have been sent on Multi-Modal investigation training in the United States, adding that the AIB is also working closely with US-NTSB and Singapore TSB in this area.

He said the Bureau will also need to assess and appraise the system before increasing its bases in Nigeria as it currently has offices in Lagos, Kano, Enugu and Abuja.

“The techniques of all accident investigations are the same, in the last one year, we’ve sent 30 of our investigators to Cranfield University to train on Multi Modal investigation, two others would be leaving for the training soon, we are working closely with US NTSB and Singapore TSB, by the time this bill is passed, we will take on some staff from Nigerian Railways and Road Safety and train them  on how to investigate accident properly”.

In another development, Olateru disclosed that the United States of America (USA) through the NTSB, has forthwith, stopped the Safe Sky programme for Africa, adding that no reason has been given for the action.

While thanking the US government for its support for the AIB and African countries over the years, he called on the African Development Bank (AfDB) to, as part of its Corporate Social Responsibility, take on the job from where the US government stopped, adding that the benefit of the programme to African cannot be overemphasized.

“Today is the end of our programme, where we brought in African nations to join us in an aviation safety programme sponsored by AIB in conjunction with Safe Sky Africa which is a department in the US NTSB, unfortunately, I heard the programme has come to an end, the US government will no longer sponsor the Safe Sky programme. Very unfortunate because Africans have really benefitted from it. And I think we Africans should put heads together on how we can help ourselves. I pray the AFDB takes over to help African under the Corporate Social responsibility because when an airplane goes down, it does not distinguish nations, this is why we owe it to ourselves to make Africa safe nations to be.

“I cannot speak on behalf of US government but all I know is that we were told that that project has stopped.  But my initiative is that AFDB can continue to be sponsoring this project through ICAO, I had a meeting with ICAO president in Montreal and I told him about this but there will be another meeting on this, so talks  are still ongoing on how to find a solution to this”, he revealed.

Speaking on the achievements of the AIB since 2017, Olateru disclosed that when he assumed office 2017 in January, AIB was at its lowest ebb,  adding that he inherited disgruntled staff, a poorly funded agency that was performing below 35 percent.

“Today, I stand tall before you to let you know some of our achievements since 2017. I said earlier that two major components that shape our lives, your values and beliefs influence and shape our decision a great deal. When I came, I had to work on our beliefs and values.  On the human capital, we had a lot to do on that, part of the improvement was training and retraining, changing the mind set of our investigators, moved away from individualistic way of investigation to group way, training them to understand the effect of being a team player, these are some of the key things we concentrated on, and in doing that, we needed the the support of great institutions around the world, it makes sense to learn from the best and we approached some nations and institutions and I stand to tell you today that our greatest supporter and allied has been the United State government through the US-NTSB, they have been a major pillar of support and supported us in everyway humanly possible, the MD, Denis Jones, flew to Nigeria on several occasions to train our investigators, the US government through the Safe Sky programme supported us immensely. 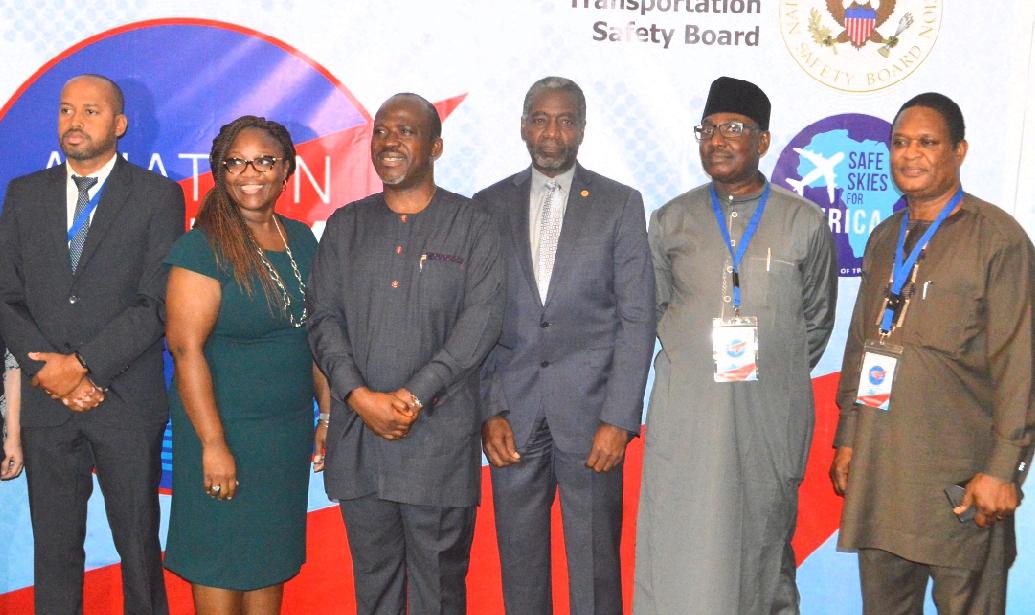 “We have other nations who didn’t give us that support, I want to thank the US government for the support and most especially, the most gifted human being to aviation in the world is Mr. Denis Jones, without them, maybe we wouldn’t have been where we are. Today, we have nations signing MoU with Nigeria, they want to emulate us, they want to work with us, we have South Africa, Saudi Arabia, Gabon etc. We’ve signed an MoU with France, Republic of Benin, Sao Tome and Principe and in the next one month, we will be signing with Saudi Arabia. To me, we must have something sellable that will attract them to sign MoU with us. Irrespective of the sector, four major components are important: infrastructure, human capital, equipment, systems processes and procedure, it takes time to build them.

“In terms of equipment and capability in AIB today, we are one of the best in the world, we are rated among the first 10 in the world, our flight safety laboratory is one of the best in the world, in terms of infrastructure, I will rate us 7 over 10, in terms of human capital, we have over 30 well trained investigators in Nigeria, whereas, in the whole of West Africa, we  have less than 30 investigators. In terms of processes and procedures, I will rate us eighth over ten, because we are independent of the CAA as stipulated by ICAO”, he further disclosed.

He said some of the importance of the MoUs is gaining technical competence, adding that AIB investigators are exposed to more knowledge as the Bureau gains more credibility globally.

“The last accident that occurred in Sao Tome was ceded to Nigeria to investigate, and the report was released 12 months after, investigation was a way of strengthening the technical competence and that  is one of the benefits of the MoU. For instance France wants the AIB to train the Francophone countries in Africa and there is so much activities in France, they own Airbus, so we have a lot to gain.

“Saudi Arabia has some kind of expertise that we need, they will be training us on looking beyond the Cockpit Voice Recorder and Flight Data Recorder, that can help the report richer, each country has its own uniqueness. Through Banjul Accord Group Accident Investigation Agency (BAGAIA), Gambia has independent AIB through the help of Nigeria’s AIB. We need to make sure AIB is a credible institution that when we talk, people comply just like the NTSB”, he said. 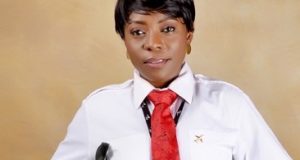 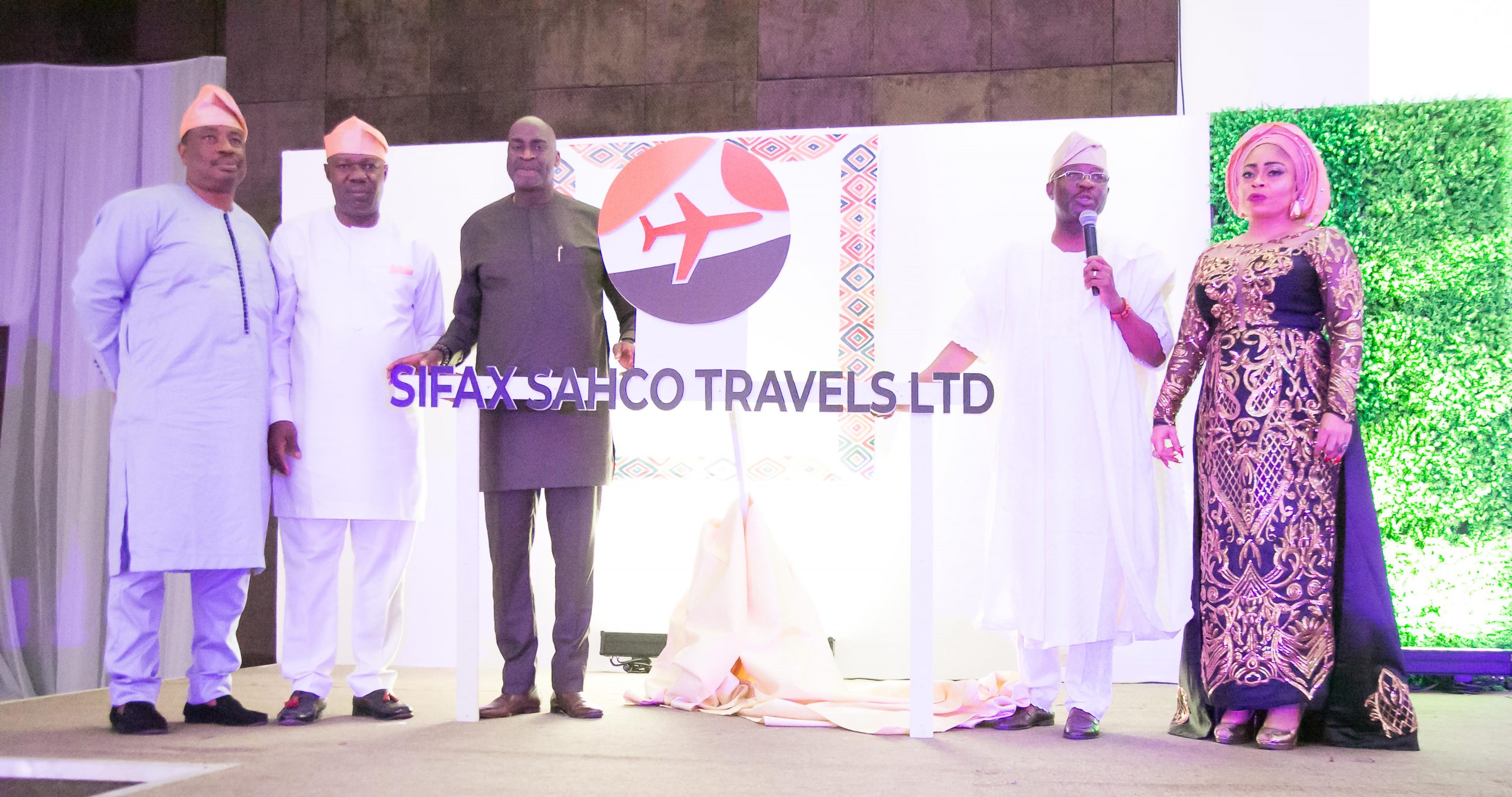