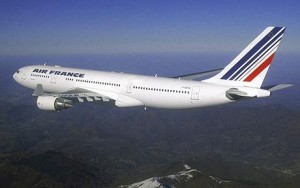 Travellers are in for more choice as Air France will this week,  increase the number of destinations served by its new long-haul cabins as it introduces them on five additional routes on departure from Paris-Charles de Gaulle.

On board, customers enjoy a real cocoon in the sky in Business class, and completely redesigned seats in Premium Economy and Economy. You can even discover this new way to travel before you board, on best.airfrance.com.

“Thanks to the progressive introduction of these new cabins on board the Boeing 777, at the heart of Air France’s long-haul fleet, the Company will have a total of 30 aircraft serving some 28 destinations worldwide at the end of the winter season (March 2016) such as the Air France hub at Paris-Charles de Gaulle; Boston, Los Angeles, New York, Toronto, Washington Buenos Aires, Montevideo, Panama-City, Sao Paulo, Abidjan, Bangui, Douala, Johannesburg*, Libreville*, Malabo, Yaoundé;
Beirut, Dubai; Bangalore; Beijing, Guangzhou, Hong-Kong, Jakarta*, Osaka, Shanghai*, Singapore*, Tokyo (Haneda and Narita airports).

The new La Première designer suites are also available to these destinations during the winter season.

One year later, the Company is reaping the benefits of its efforts and has recorded significant progress in terms of customer satisfaction. In June 2015, Air France received two awards from Skytrax: World’s Most Improved Airline and, for the second consecutive year, Best First Class Airline Lounge Dining.

These awards were presented to the Company at the World Airline Awards, an opportunity for Skytrax to issue a ranking which is a reference in the field of air transport.

Both awards received by Air France are the result of a satisfaction survey, carried out online with close to 19 million customers.