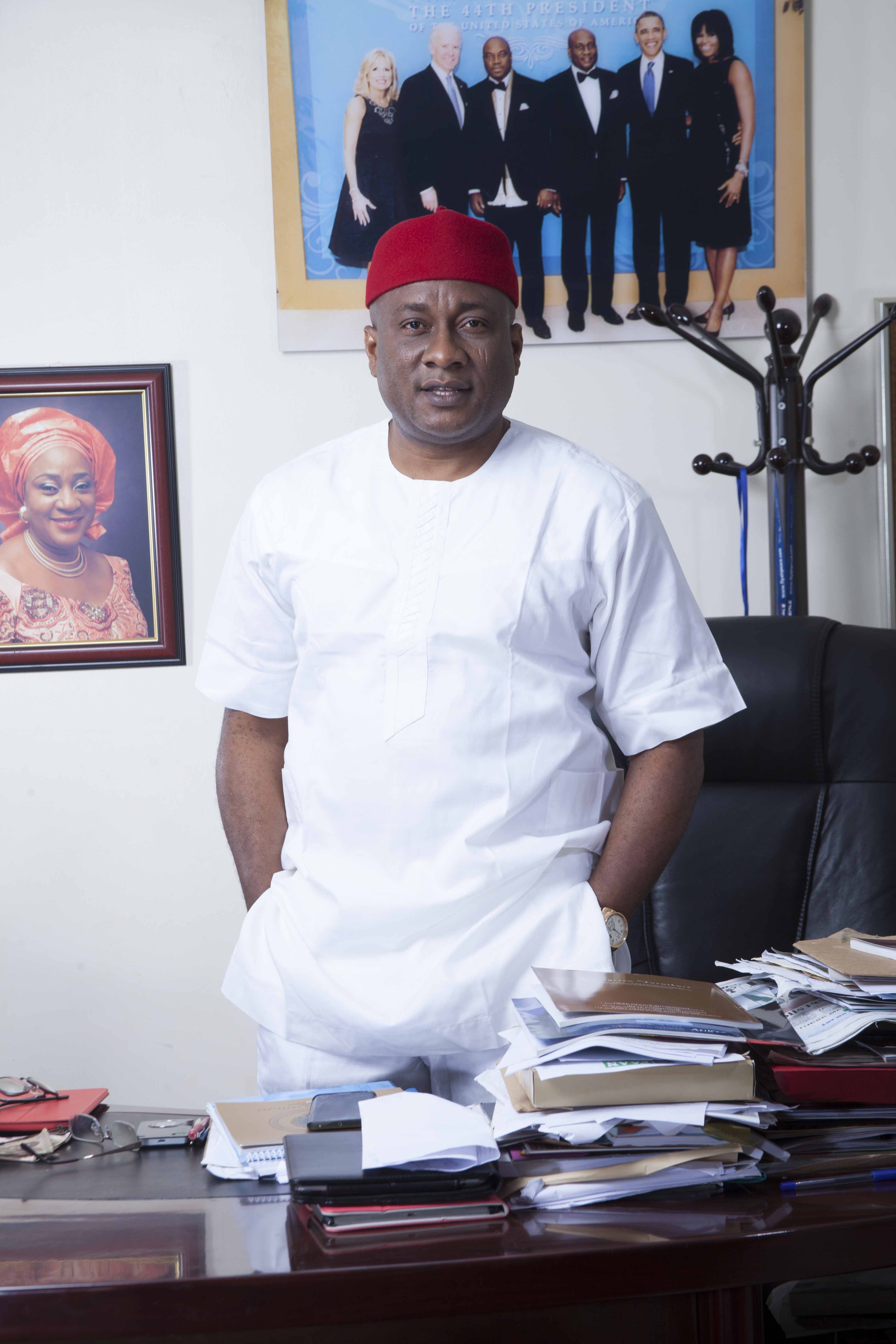 The Chief Executive Officer (CEO) of Nigeria’s major carrier, Air Peace, Mr. Allen Onyema has said that Nigerian aviation industry has improved significantly in the area of safety over the years.

Onyema however attributed this to the strict adherence to the International Civil Aviation Organisation (ICAO) recommended practices by the Nigerian Civil Aviation Authority (NCAA).

He said NCAA in the last four years under the management of the current Director General, Capt. Muhtar Usman has improved the safety rating of the Nigerian civil aviation industry.

According to Onyema, this explained why Nigeria has had successive ICAO and the US Federal Aviation Administration (FAA) audits with 96.4 percent pass mark for safety.

“Talking about regulation, I think Nigerian airlines are well regulated. The Nigerian Civil Aviation Authority is doing a wonderful job on that. It is not easy; sometimes you don’t feel comfortable with the way they are doing it but they have to do it. The kind of regulation NCAA brings to bear on Nigerian airlines cannot be compared to any other; even in advanced countries.

“For instance, we had a bird strike on our first day in Kano and the pilot made air return back to the airport. We sent our British engineers to Kano to rescue the aircraft. Then we sent another aircraft to Abuja to go and airlift the passengers. Do you know that after the British engineers rectified it, NCAA insisted on being on the flight when we carried out a test flight? I was happy when I heard that,” Onyema said.

On Single African Air Transport Market (SAATM), the Air Peace boss said that is no level playing field, which he said led to the outcry by the Nigerian airline operators.

He said that currently the treaty does not favour Nigeria because other countries use high charges to discourage Nigerian airlines from operating to their cities, but when they come to Nigeria they pay relatively less charges than what they level against Nigerian carriers.

Onyema remarked that what Nigerian airlines are demanding for is observation of principle of reciprocity by the federal government.

He decried that most of African countries over charge Nigerian carriers but pay pittance as charges whenever they fly into the country.

He also noted that Nigeria is a large market to these airlines; that while airlines from other African countries operate multiple flights daily to Nigeria; the country’s carriers can only operate once a day because these countries do not have the population and high number of air travellers.

“When we say that this Single African Air Transport Market does not favour us, it is not because we cannot compete. It means that it does not favour us at this stage, except a level playing field is created. This is not only happening in Nigeria, when Emirates was eroding the US market, the airlines in America cried out and their government did something about it and put policies that tried to stunt the spread of the Gulf airlines into America.

“That is how it is supposed to be. Bombardier, Canada aircraft manufacturer came up with their new product, CS 300, which would have been competing vigorously with Boeing B737s, Boeing cried to their government and US came out with 300 per cent import duty on the Bombardier aircraft type. This is in order to protect their own. So we must try and protect our own in this country. If we don’t protect our own airlines they will continue to struggle”, he added.