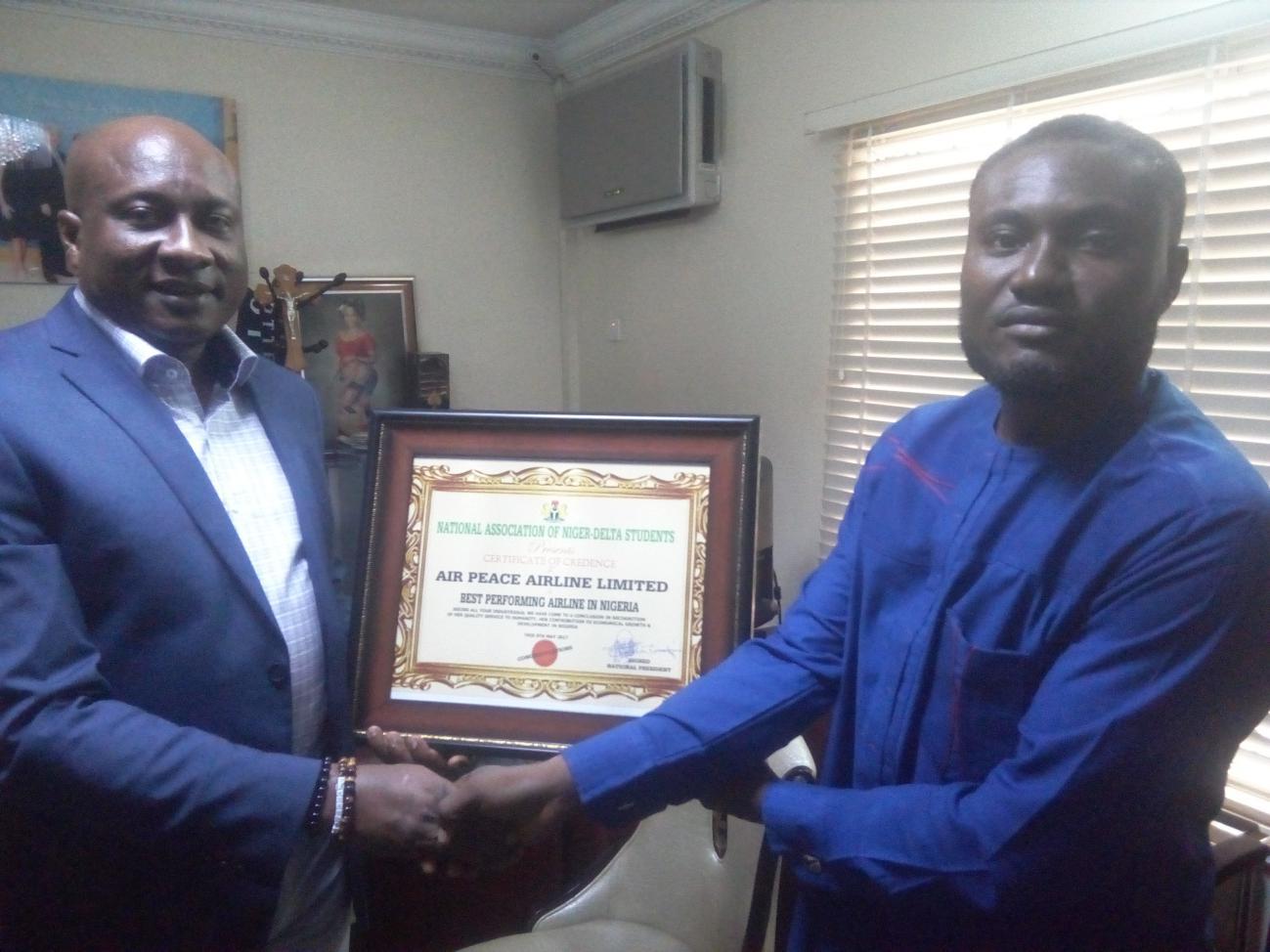 Chairman/Chief Executive Officer of Air Peace, Barr. Allen Onyema has assured that the difficulties being experienced by air travellers on the Delta State route will soon be a thing of the past.

Onyema gave the assurance when members of the National Association of Niger-Delta Students visited the corporate headquarters of Air Peace in Lagos to show appreciation for the airline’s efforts to transform air travel experience in Nigeria and provide jobs for the people.

The Air Peace boss, who was responding to the appeal of the National President of the Niger Delta students, Comrade Martins Abebe for the airline to operate flights to Warri and Asaba in Delta State, said the status of the airports in the two cities did not guarantee safe landing of the carrier’s B737 aircraft.

Air Peace, he explained, had to suspend its flights to Asaba when the airport was downgraded because of its runway. The airport’s runway, he said, was not suitable for the operation of the airline’s fleet of B737 aircraft.

Onyema, however, acknowledged reports that the runway was being fixed. He also explained that the Osubi Airport, which is the closest to Effurun and Warri, had a short runway. The runway, he said, could not handle B737 aircraft.

He assured the students that the airline was procuring a couple of Embraer aircraft to service Asaba, Warri and other cities with similar airports in the country. 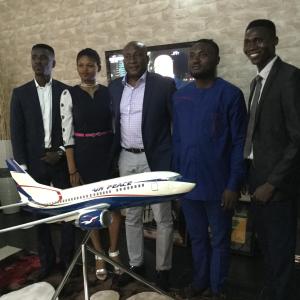 He urged the students to stay off crime and devote themselves to gainful engagements that would better their lives and contribute to the growth of the society.

Earlier, President of the Niger Delta students, Comrade Abebe commended the Air Peace boss for his efforts to create jobs for the people and transform air travel in the country.

Presenting the “Best Performing Airline in Nigeria” award to Air Peace, he affirmed that the carrier was set up for the development of Nigeria and the good of humanity.

Abebe assured that students from the Niger Delta area of the country would continue to patronise Air Peace as their airline of choice.

He, however, urged Onyema to extend the exceptional flight services of the carrier to Warri and Asaba to ameliorate the challenges of air travellers using the routes.