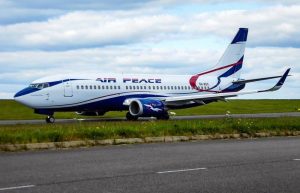 …says airline has no casual staff

Air Peace has cautioned unions in the aviation sector against the reported plan to picket airlines in the country, warning that it would not sit idly by and allow anyone disrupt its flight operations or prevent its guests from flying.

The airline issued the warning on the heels of media reports of a plan by the Nigeria Labour Congress (NLC) and unions in the aviation sector to picket some domestic airlines at the Murtala Muhammed Airport, Lagos, on Thursday over alleged casualisation of workers and refusal to recognise unions in the sector.

Air Peace said General Secretary of the National Union of Air Transport Employees (NUATE), Olayinka Abioye, confirmed the planned picketing to the News Agency of Nigeria (NAN) in Lagos on Tuesday. He listed Air Peace among airlines to be picketed.

But a statement signed by the Corporate Communications Manager of Air Peace, Mr. Chris Iwarah on Wednesday cautioned the unionists against disrupting the carrier’s operations or the travel arrangements of its guests.

The statement dismissed the unions’ claims of casualisation as a deliberate falsehood to confer legitimacy on the illegal picketing, insisting that Air Peace had no single case of casual staff in its employ. 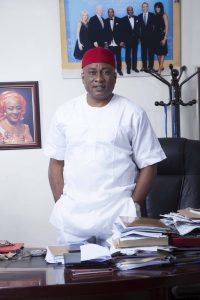 The airline maintained that it had no legal obligation to compel any member of its staff to recognise or join any of the unions in the aviation sector.

“We make haste to state that the claim of casualisation in Air Peace is nothing but a failed attempt to clothe the planned illegal picketing with legitimacy. There is absolutely no truth in the claim of casualisation. We have no causal staff in Air Peace. In fact, Air Peace was set up primarily to create jobs for Nigerians, a vision we have pursued in the last three years with great zeal. We have not only directly employed hundreds of Nigerians, we have created thousands of other indirect jobs. Our staff operate under some of the best pro-labour practices in the country, including enjoying free full health coverage for the staff and members of their family and receiving their salaries on or before the 25th of every month.

Speaking further, Iwarah said, “Without a doubt, we recognise the inalienable right of our staff to decide whether or not they wish to be members of any of the unions in the industry. It is the responsibility of the unions to sell themselves to our members of staff and not our obligation to compel them to join any group the law has not mandated them to belong. It is high time trade unions in the country knew unionism is a matter of free choice; it can never be compelled.

“Rather than embarking on this ill-advised and disruptive plot to worsen the crisis in the nation’s aviation sector, we expect the unionists to challenge themselves to come up with outstanding ideas to advance the growth of the aviation industry in concert with efforts by the Federal Government to address the challenges of the sector.

“We urge the Federal Government and security agencies to call the unions to order to avoid a breach of the public peace. While we recognise the right of trade unions to peacefully embark on picketing where there is a trade dispute, such right does not extend to disrupting other people’s legitimate engagements, especially in this case where there is no trade dispute. The tool of picketing should not be used just for the fun of it. Should the unionists, however, fail to heed wise counsel and carry out their threat of disrupting our flight operations, we expect security agents to intervene to protect law-abiding citizens and bring those who may want to take the laws into their own hands to book. Air Peace is one big family of happy people and we will not sit idly by while some unpatriotic Nigerians seek to stoke the fires of crisis where there really should be none,” the airline said.