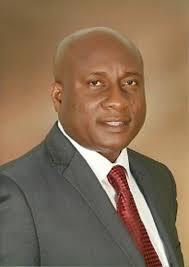 Air Peace management on Monday, decried the effects of multiple taxation on airlines by aviation agencies, saying it has contributed to the failure of many airlines in the country.

Allen Onyema, chairman of the airline at a press briefing at the airline’s headquarters in Ikeja, said if the charges are not streamlined, more airlines are likely to fail.

According to him, there is need for the National Assembly to talk with the Presidency on how to restructure the charges adding, ‘government may also need to hire a consulting firm to find out why airlines are failing. I am not saying the charges were introduced during this current regime, it has been there over the years and that is why many of the airlines could not survive’.

While congratulating Hadi Sirika, Minister of State, Aviation for timely completion of rehabilitation of Abuja airport runway, Onyeama said Air Peace is not asking for financial support from government but, ‘Air Peace support payment of tax to government but it should be streamlined to help the airlines grow’.

While lamenting the losses it has incurred from airport incidents in the last few days, he said Air Peace has lost over N3 billion to the incidents which occurred in Lagos and Benin airports.

At Lagos airport, two of its aircraft wings clipped while one of the aircraft was being retrieved from where he said many aircraft were parked like cars while Skypower Aviation Handling Company limited (SAHCOL) equipment rammed into another one in Benin airport.

He explained that the three aircraft became ‘Aircraft On Ground’ and were declared unserviceable immediately, adding that it is seriously impacting on their schedules, passengers’ engagements and revenues.

Onyema, who said none of the three damaged aircraft will be in service in the next one week due to magnitude of the damage said, ‘the German company repairing the wings has just told us that one wing costs $650, 000 and if that is multiplied by N420, it is about N300 million. We may be losing over N3 billion during the days the tree aircraft would be out of service and the passengers may not understand all these that schedules have to be adjusted to accommodate the losses’.

Still speaking on the various challenges confronting domestic airlines, he said many airports in Nigeria closes at 6.pm, except Lagos, Abuja and Port-Harcourt, due to lack of airfield lighting. This situation, he said was impacting on airlines’ revenue as they could not operate beyond 6.pm even when they have the capacity to do so daily.

He also decried the insurance policy, adding airlines are paying heavily on insurance.

“The amount of money airlines pay is killing, we must go through an insurance company in Nigeria but all the companies in Nigeria does not even have the wherewithal  to insure one airline, we call on government to look into this.

On fuel, he said the situation has become worse in Nigeria where 75 percent of airline’s operational funds now goes to fuel whereas, fuel cost has reduced drastically in most countries.

“In Nigeria, a litre was between N250 and N265 and gradually down to N215 which is still very high compared to other countries, why won’t airlines fail?, he asked.