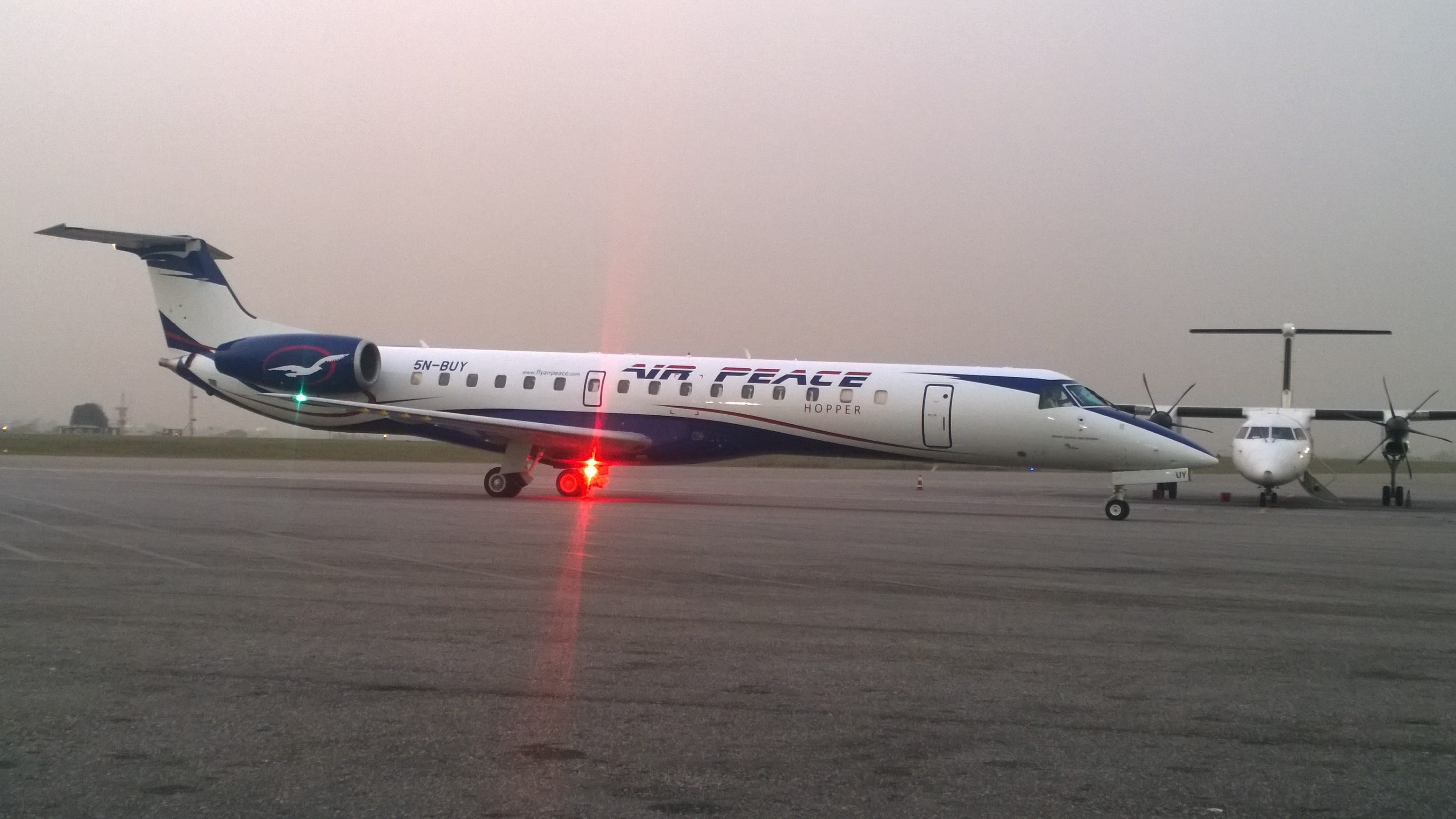 Nigeria’s leading airline, Air Peace made history on Wednesday with the setting up of a subsidiary moments after taking delivery of one of the six 50-seater new generation  Embraer 145 jets it recently acquired.

The aircraft which touched down at the Murtala Mohammed International Airport, Lagos at about 5.49 pm, will operate under the carrier’s subsidiary known as Air Peace Hopper.

The development marks the first time a Nigerian airline would establish a subsidiary to manage an arm of its flight operations, following the tradition of some of the big carriers in the world.

A statement issued by Air Peace quoted its Chairman/Chief Executive Officer, Mr. Allen Onyema as describing the arrival of the new aircraft named Nkechi Ezewusi (Nee Onyema) and birthing of the subsidiary as a milestone in the airline’s vision of uniting Nigeria through air connectivity and ending the travel nightmares of its many unserved and underserved cities.

“The arrival of our latest new generation aircraft marked 5N-BUY has once again underscored our determination to bring Nigeria together through air connectivity and fix the air travel difficulties of many unserved and underserved cities in the country. We are even more pleased that the arrival of the aircraft marks the beginning of our subsidiary, Air Peace Hopper. Another of the six Embraer 145 jets we recently acquired will arrive in Nigeria in less than a week’s time.

“We will organise our plan to link many cities in the North and South of Nigeria under the subsidiary. Under Air Peace Hopper, we hope to connect routes such as Enugu-Kano-Enugu, Benin-Port-Harcourt-Benin, Port-Harcourt-Kano-Port-Harcourt, Lagos-Warri-Port-Harcourt-Warri-Lagos, Lagos-Warri-Abuja-Warri, Lagos-Kaduna-Lagos, Lagos-Sokoto-Lagos, Abuja-Sokoto-Abuja, Abuja-Bauchi-Abuja, Lagos- Markurdi-Lagos, Lagos-Jos-Lagos, among others. This will not only open up and energise the economies of the different cities and states, but also create massive job opportunities for the people.

“We remain focused in our determination to transform air travel in Nigeria, Africa and beyond. In three years, we have increased our fleet to a size of 24 aircraft. We are currently pursuing a massive route expansion project. We are launching our  Lagos-Kano-Lagos and Kano-Abuja-Kano services on February 12. This will be followed three days after with the inauguration of our Lagos-Yola and Abuja-Yola operations on February 15. Four days after, we will commence our flight operations to Freetown, Banjul and Dakar on February 19.

Other cities on the West Coast of Africa will join our route network shortly. We are also finalising preparations for our flight operations to international destinations, including Dubai, Sharjah, Guangzhou-China, London, Houston, Mumbai and Johannesburg.

“We have our plans well laid out and are primed to project the name of Nigeria around the world. “We deeply appreciate the support of our esteemed guests whose support and loyalty have made us the preferred and biggest airline in Nigeria and West Africa. We will continue to strive to deliver the best flight service to them and prioritise their safety and comfort as we expand our operations,” Onyema was quoted as saying.

The new aircraft is the fourth Air Peace has received in the last 12 months alone.

The airline took delivery of three Boeing 737 aircraft on February 21, June 16 and December 24, 2017 respectively. Nkechi Ezewusi (Nee Onyema) is, however, the first of six Embraer 145 aircraft the airline recently acquired. The carrier is also expecting the delivery of the two Boeing 777 aircraft it recently procured, besides a couple of Boeing 737.