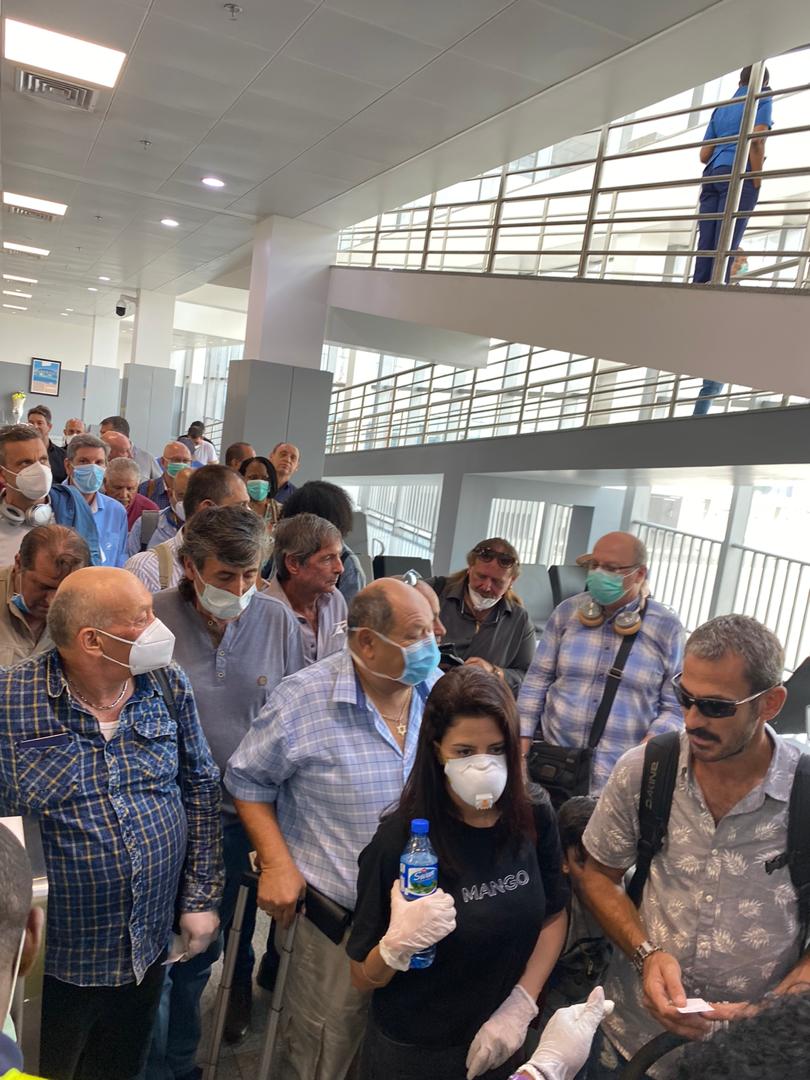 The Chairman and CEO of Air Peace, Allen Onyema described the flight as historical because it is the first time Nigeria and Israel would have a direct flight and expressed hope that subsequently the two countries would have scheduled direct flight between Lagos and Tel-Aviv.

“It is a historic day for both Nigeria and Israel. History has been made today. 60 years of diplomatic relations, no direct flight has been conducted between Nigeria and Israel till today. So this is the first time Nigeria and Israel will have direct air connectivity. So it is a historic day and it is going to portend greater things that will come. Both countries have a lot to gain by having direct flights. Nigeria is a land of huge potential, which Israel may be willing to tape into, while Nigeria will want to tap into science and technology, which Israel is known for.

“I really want to thank the federal government of Nigeria for making this possible. Previous administrations were unable to pull this through, but this government did it. We have a compassionate government; that I can tell you. It is difficult to get flight permits even during this critical period of emergencies from other countries, but Nigeria did not waste a second to approve this flight. The Minister of Aviation, Senator Hadi Sirika approved the request the moment it was presented to him. All the heads of aviation agencies gave their support, which made the flight possible. So it is the federal government that made the evacuation possible,” Onyema said.

He said the Israel government also gave its support and allowed for the first time a Nigerian airline to operate direct flight to the Israel, noting that this is something good for both countries, good for our diplomatic relations.

“So I feel proud, I fell privileged to be part of this history and I thank God almighty for it. We have to build from here now going forward,” the Air Peace Chairman said.

“This COVID-19 storm will be over someday. When it is over we look forward to do scheduled direct flight to Israel; at least twice a week to Tel-Aviv; this will help boost business relations between both countries. So there is a lot to be gained instead of people going through different countries before getting to Israel. For Israelis to get their country they spend about 18 hours for just about five hours flight from Nigeria. They were happy and clapping for the Nigerian government and for the Israeli government for making this happen today. So I say kudos to the Buhari administration for making this come through”, he added.

The Israeli Ambassador to Nigeria, Shimon Ben-Shoshan expressed happiness for the successful evacuation of his country’s citizens from Nigeria and commended the Chairman of Air Peace, Allen Onyema for his invaluable contribution in making the airlift possible.

“The outbreak of the novel Coronavirus and an upsurge in the number of infected people has led to a global alarm with some governments ordering a recall of their citizens who are in the non-essential positions around the world.

“The State of Israel is one of the latest countries who have recalled its citizens for the purpose of flattening the curve and reducing the number of infected persons globally.

“In keeping with the order for the citizens to return home, approximately 250 Israeli citizens in Nigeria have become the first travellers to board a direct flight from Nigeria to Israel.

“This historical flight operated by Nigeria’s biggest carrier, Air Peace, coincides with 60 years of diplomatic relations and friendship between the Federal Republic of Nigeria and the State of Israel. It is worth noting that this is the first time a Nigerian airline has operated a direct flight to Israel, “ said the Ambassador of Israel to Nigeria, Shimon Ben-Shoshan.

An Israeli official who superintended the airlifting process from Lagos and who wished not to be named, said it was because of the Coronavirus pandemic that Israel decided to evacuate its citizens because they would have access to better medical facilities and personnel in Israel than in Nigeria.

“We are evacuating because of the coronavirus and the situation in Nigeria, which could become serious. You see what is happening all over the world. So for us to protect our citizens better we take them home to get a better health service. If something happens to you here you go to private hospital, not government hospital but in Israel we have government hospitals. By God’s grace we hope to have direct flight subsequently,” the official said.

It is not easy to be patronised by Israelis who are highly security conscious, having to say, yes I am handing over the lives of my citizens to a particular airline is a big one. I was excited too because for them to choose Air Peace they must have done a lot of homework because they are not frivolous people. We are operating from both Abuja and Lagos. It is a transit flight. We will take them to Abuja international where the other passengers will join and from Abuja to Tel-Aviv. It is about five hours flight. We are using one of our B777-300 BWI. It is one of the best we have,” he said.