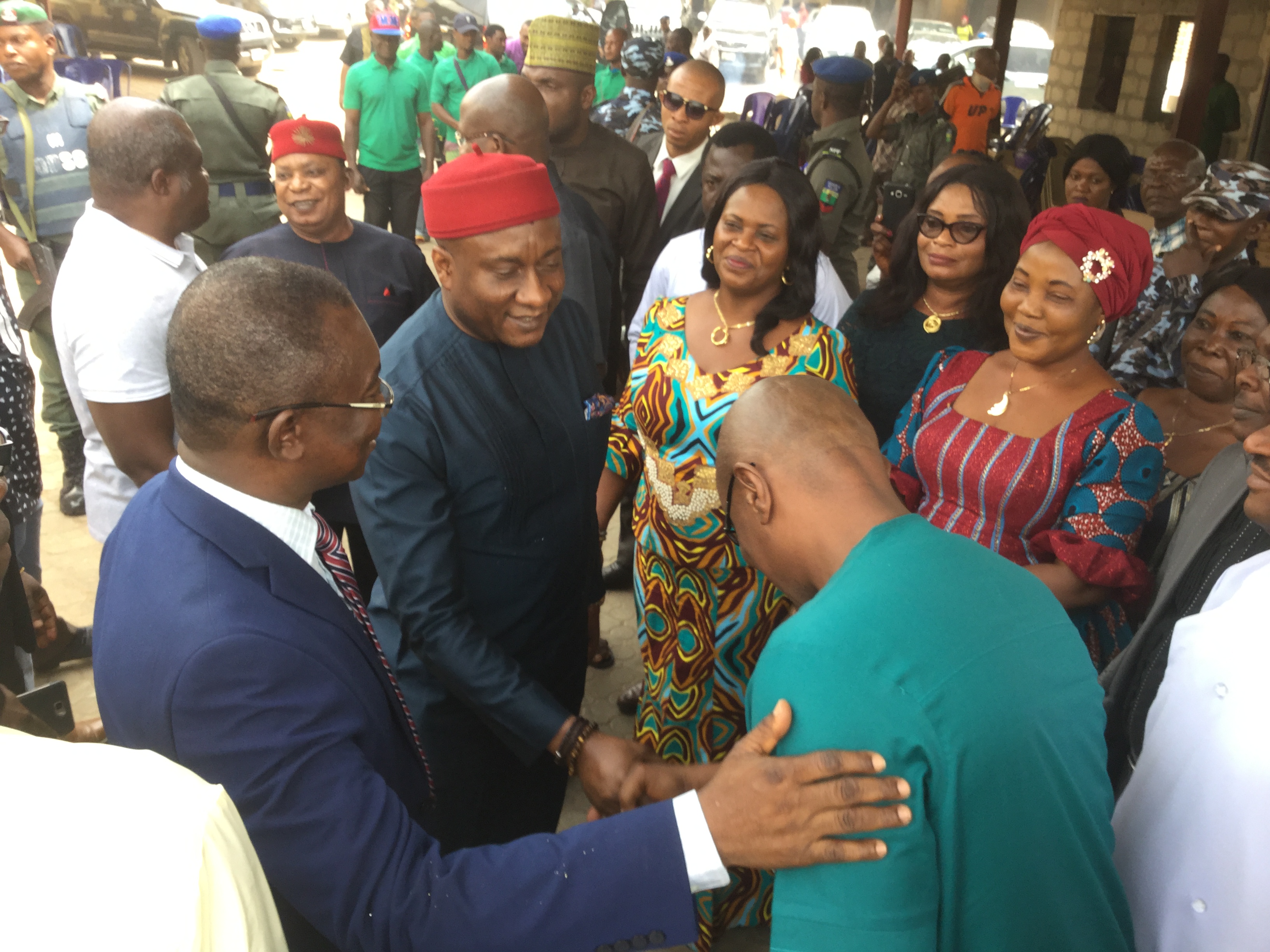 Chairman/Chief Executive Officer of Air Peace, Mr. Allen Onyema on Wednesday extended his philanthropy to the Nnamdi Azikiwe University (Unizik) Teaching Hospital, Nnewi, Anambra State with the donation of a 550KVA generator to the facility.

Making the donation to the teaching hospital, the Air Peace boss urged wealthy Nigerians to donate to the cause of humanity as government alone could not provide everything for the people.

The donation, he said, was Air Peace’s way of supporting Federal Government’s effort to upgrade facilities and provide infrastructure in the nation’s health sector.

“We are delighted to support the Federal Government’s effort to give facilities in the nation’s health sector a facelift and provide infrastructure. It is our collective responsibility to ensure the advancement of the cause of humanity.

“The donation of the 550KVA generator to the Nnamdi Azikiwe University Teaching Hospital is in line with Air Peace’s corporate social responsibility (CSR) policy. We have continued to blaze the trail in giving back to society, especially in the areas of security, peace and health. We appeal to other corporate organisations and wealthy Nigerians to generously donate to the cause of humanity. The corporate world must be at the forefront of development of the nation through increased CSR projects,” Onyema said.

He described the donor as a “silent philanthropist and performer” that should be emulated by other wealthy Nigerians.

The donation to the teaching hospital came less than two months after Onyema donated N70 million to the Chukwuemeka Odimegwu Ojukwu University, Igbariam, Awka in Anambra State and pledged to establish Nigeria’s first Centre for Non-Violence and Peace Studies at the institution.

The Air Peace boss had also built and donated a police station at Uli in Anambra State in August 2016. About two months later, Air Peace took its CSR project to Yobe State, where it donated relief materials worth millions of naira to internally-displaced persons’ camps in the state in October 2016.