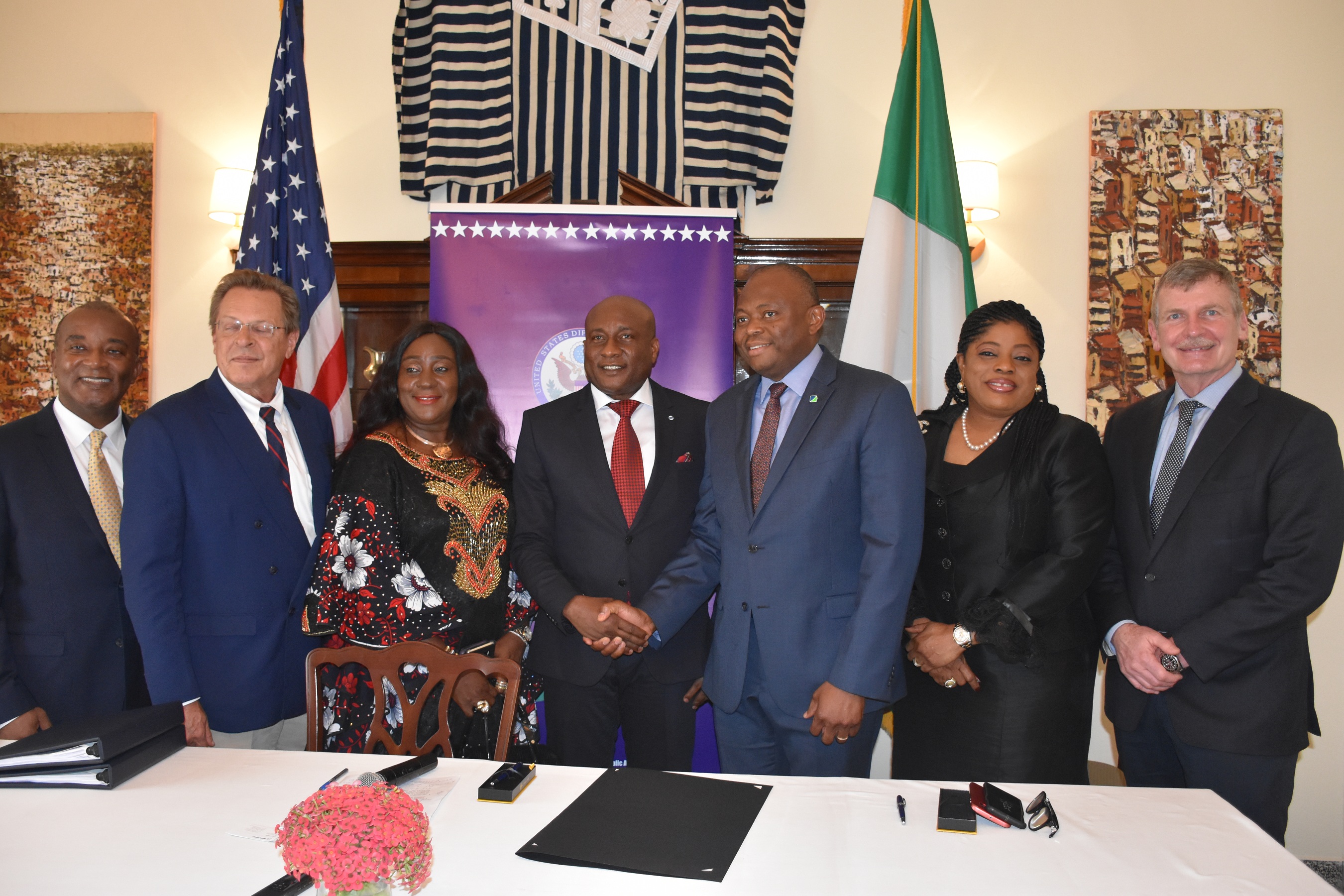 Nigeria’s leading carrier, Air Peace on Thursday signed an agreement with  Boeing for the acquisition of 10 brand new 737 MAX 8 aircraft, making history as the first airline in West Africa to add the equipment to its fleet.

Air Peace already operates Boeing 737s and Embraer 145s on its domestic and regional routes. The airline, which recently added Boeing 777s to its fleet, is looking to soon launch its international flight operations.

“We are excited to add the 737 MAX to our fleet as we expand our network to offer more destinations and serve more passengers,” said Onyema.

He added: “The fuel efficiency and superior operating economics of the 737 MAX will ensure that the aircraft will play a major role in growing our business in the years to come.”

He commended Boeing, the governments of Nigeria and the United States as well as Fidelity Bank for their different roles in assisting the airline to achieve the feat.

For his part, the Sales Director of Boeing Commercial Airplanes (West and Central Africa), Mr. Larry Tolliver praised Air Peace for the feat.

The new aircraft, he assured, would drastically cut the airline’s cost of operations.

Also speaking, the US Consul General in Lagos, Mr John Bray assured Air Peace of the support of his country’s government.

He commended Air Peace and its chairman for the feat.

The Managing Director of Fidelity Bank, Mr. Nnamdi Okonkwo, for his part, praised Onyema for his integrity and hard work.

He confirmed that Fidelity Bank decided to support Air Peace because of its financial discipline and sound business model.

The 737 MAX 8 is part of a family of airplanes that offer 130 to 230 seats and the ability to fly up to 3,850 nautical miles (7,130 kilometers). With improvements such as the CFM International LEAP-1B engine and Advanced Technology winglets, the 737 MAX will help Air Peace save more than 20 percent on fuel costs compared to its current single-aisle airplanes.

The MAX 8, in particular, offers airlines 13 more seats than its closest competitor, seven percent lower costs for each of those seats, and 300 miles more range.

“Africa is a growing market for commercial airplanes and we are proud that airlines like Air Peace are selecting Boeing aircraft to be part of that growth,” said Marty Bentrott, Boeing Sales vice president for Middle East, Turkey, Russia, Central Asia & Africa. “This order reflects the strong demand that we are seeing for the 737 MAX as airlines choose the airplane’s superior performance and reliability.”

The 737 MAX is the fastest-selling airplane in Boeing history, accumulating more than 4,700 orders from 102 customers worldwide.