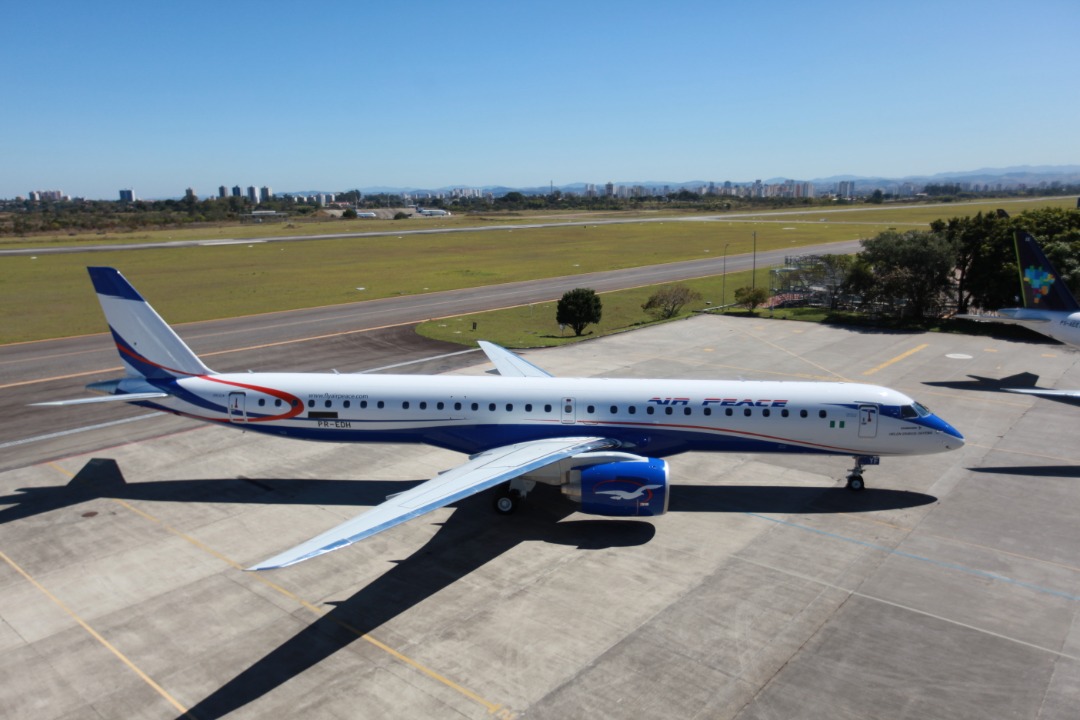 West and Central Africa’s foremost carrier, Air Peace, has announced the resumption of flight operations into Banjul in Gambia and Dakar in Senegal on July 23, 2021, to provide more options for regional connectivity.

The Spokesperson of the airline, Stanley Olisa, who made the announcement in a news release issued to reporters on Wednesday, revealed that Banjul and Dakar flight services will operate on Mondays, Wednesdays and Fridays.

According to him, we are glad to let the flying public know that we are reinstating our Lagos-Banjul, -Dakar flight operations to offer more regional connectivity while our daily Gombe flights from Lagos and Abuja will be launched on August 9, 2021.

“Dakar and Banjul routes will be operated with our ultramodern Embraer 195-E2 aircraft, and we shall resume more routes and increase frequencies to other destinations as we take delivery of more brand new E195-E2s as well as other aircraft undergoing maintenance abroad”, the image-maker stated.

Olisa, who said that customers can now book for the resumed routes on the airline’s website- flyairpeace.com or its mobile app, restated Air Peace’s resolve to continue providing peaceful, strategic, and affordable connections, while observing the highest standards of safety.

It can be recalled that Air Peace suspended its regional routes consequent upon the outbreak of COVID-19 and the lockdown that ensued last year. But the airline is now resuming these routes, the first being Accra which was restored in March, 2021.