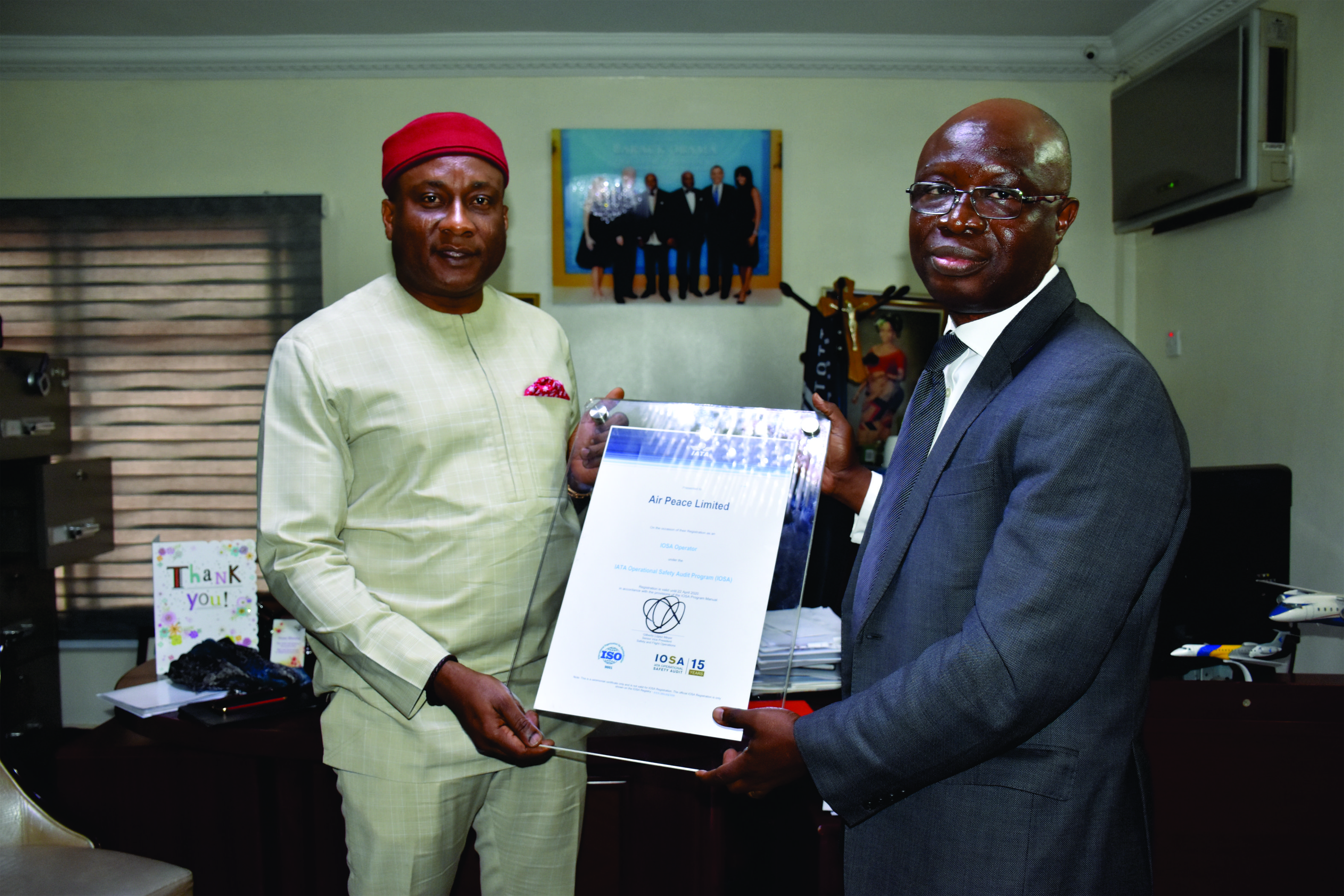 The airline set a record when it secured its initial IOSA certificate barely two years into its operations and was admitted as a member of the global aviation body.

Area Manager (South West Africa) of IATA, Dr. Samson Fatokun presented the IOSA renewal certificate to the Chairman/Chief Executive Officer of Air Peace, Mr. Allen Onyema at the carrier’s corporate headquarters in Lagos at the weekend, describing the fresh exercise as much tougher than the first audit exercise the airline’s operations were subjected to.

He congratulated Air Peace on scaling the tough test, urging the carrier’s management to remain uncompromising in ensuring the safety of its flight operations.

Receiving the certificate, Onyema commended IATA for insisting on strict safety requirements for flight operations. The carrier, he assured, would continue to raise the bar of service in the aviation industry. 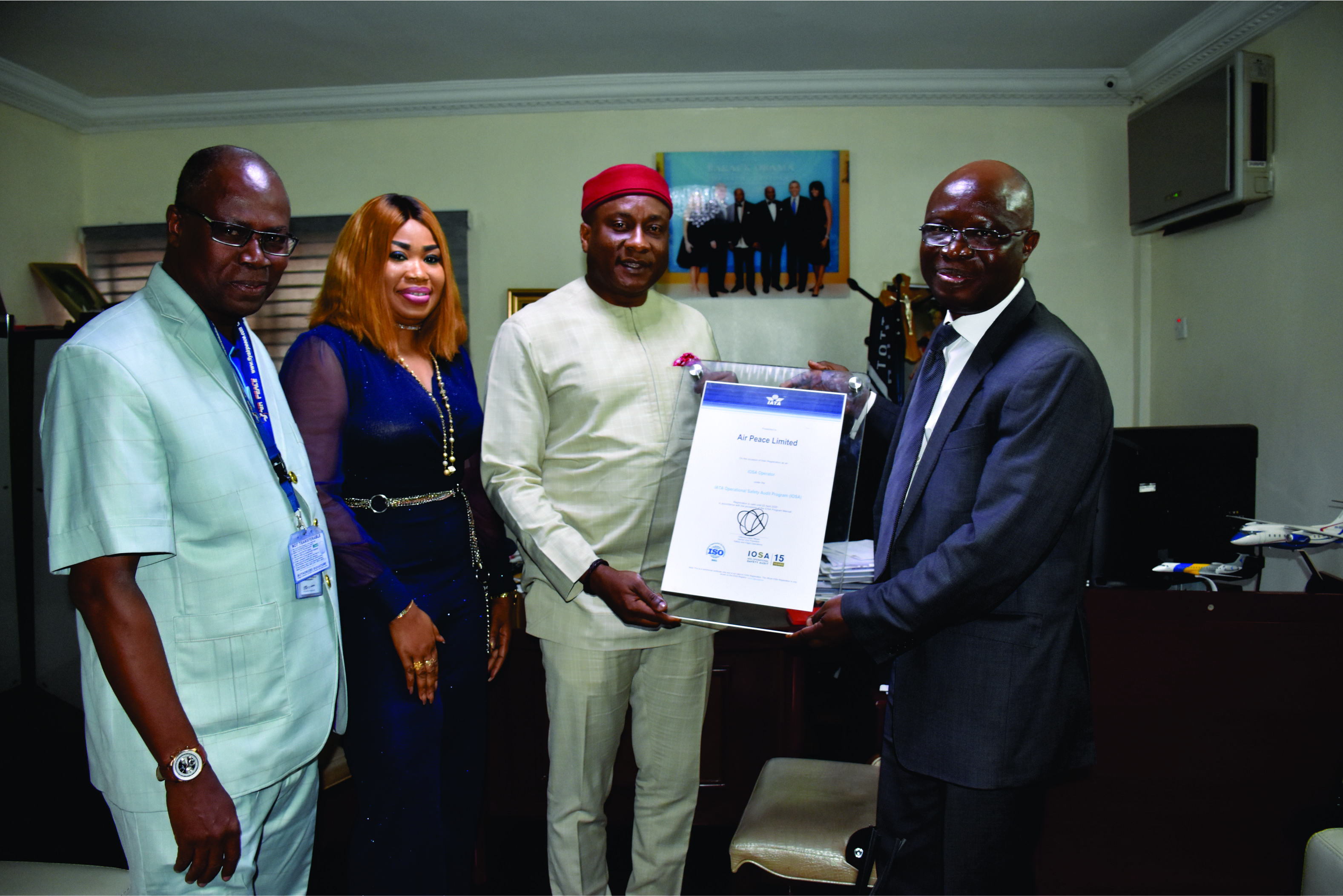 Air Peace, he said, was ready to receive guidance from IATA to ensure its operations always accorded with global best practices and standards.

Onyema confirmed that important aviation and corporate players across the world were amazed at the huge growth of Air Peace, which recently increased its fleet size to 24 aircraft to cater to the expansion of its domestic operations from 12 routes, regional flights to more West Coast cities besides Accra, Freetown, Banjul and Dakar as well as launch of its long-haul flights to London, Dubai, Sharjah, Guangzhou-China, Mumbai and South Africa.

The carrier says it is set to launch its flights to Makurdi, Warri, Nigerian Air Force Base in Port Harcourt, Kaduna and Monrovia and restart its Asaba and Sokoto services under its subsidiary, Air Peace Hopper.