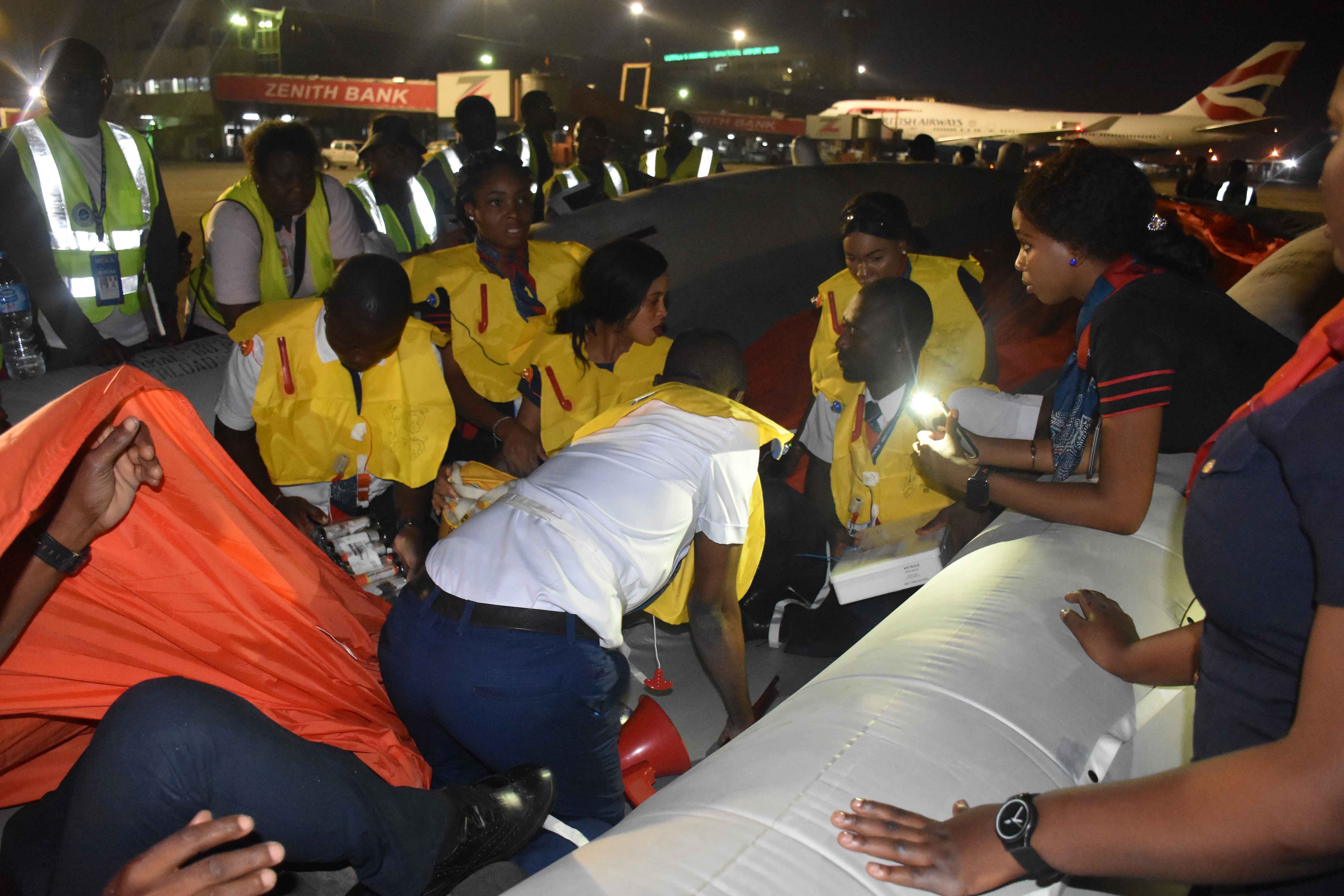 Air Peace cabin crew members being supervised by officials of the Nigerian Civil Aviation Authority during the emergency ditching drill at the Murtala Muhammed International Airport, Lagos on Thursday

Air Peace on Thursday, scaled a major regulatory hurdle in its path to international flight services, as it successfully performed the partial emergency evacuation and ditching demonstrations as part of the safety tests for the operation of its Boeing 777 aircraft.

Emergency aircraft evacuation refers to an exercise aimed at evacuating those on an aircraft when an emergency occurs on the ground, in water or mid-flight.

The ditching demonstration, however, simulates a planned water landing and evaluates the airline’s ability to handle such emergency.

An emergency evacuation demonstration is mostly required when an airline proposes operating a specific aircraft type and model entering into its service for the first time. 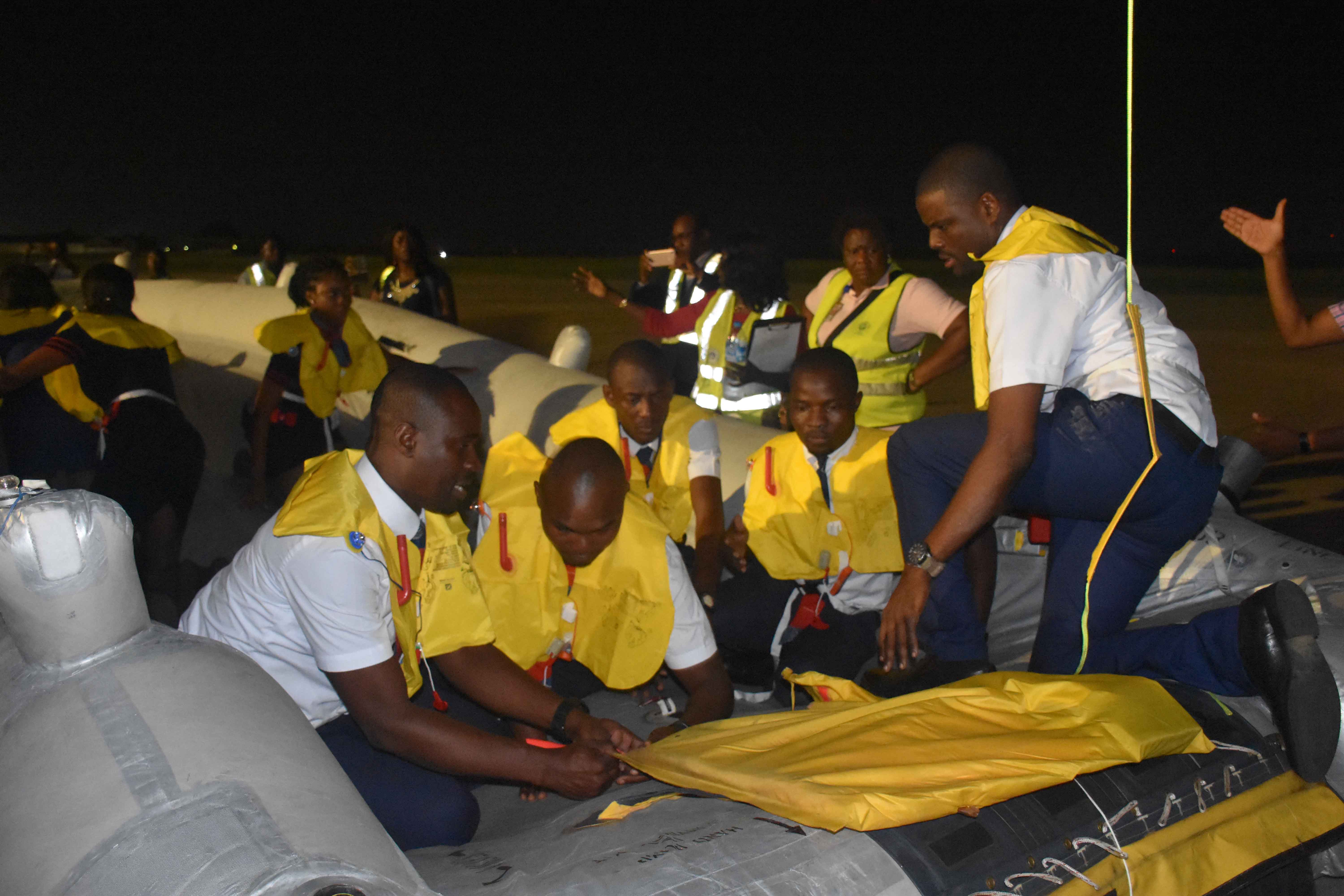 Air Peace cabin crew members in the raft during the emergency ditching drill at the Murtala Muhammed International Airport, Lagos on Thursday

Once the signal for is given, the aircraft’s emergency evacuation equipment and 50 percent of the required emergency exits and slides must be ready for use in a maximum of 15 seconds.

Although simulated, evacuation drills are a risky operation for crew and other participants – often leading to injury of varying degrees.

Air Peace recently acquired four Boeing 777 for its long-haul operations to destinations including Dubai, Sharjah, London, Houston, Guangzhou-China, Mumbai and Johannesburg. The airline made history as the first Nigerian carrier to acquire and register the Boeing 777 in the country. 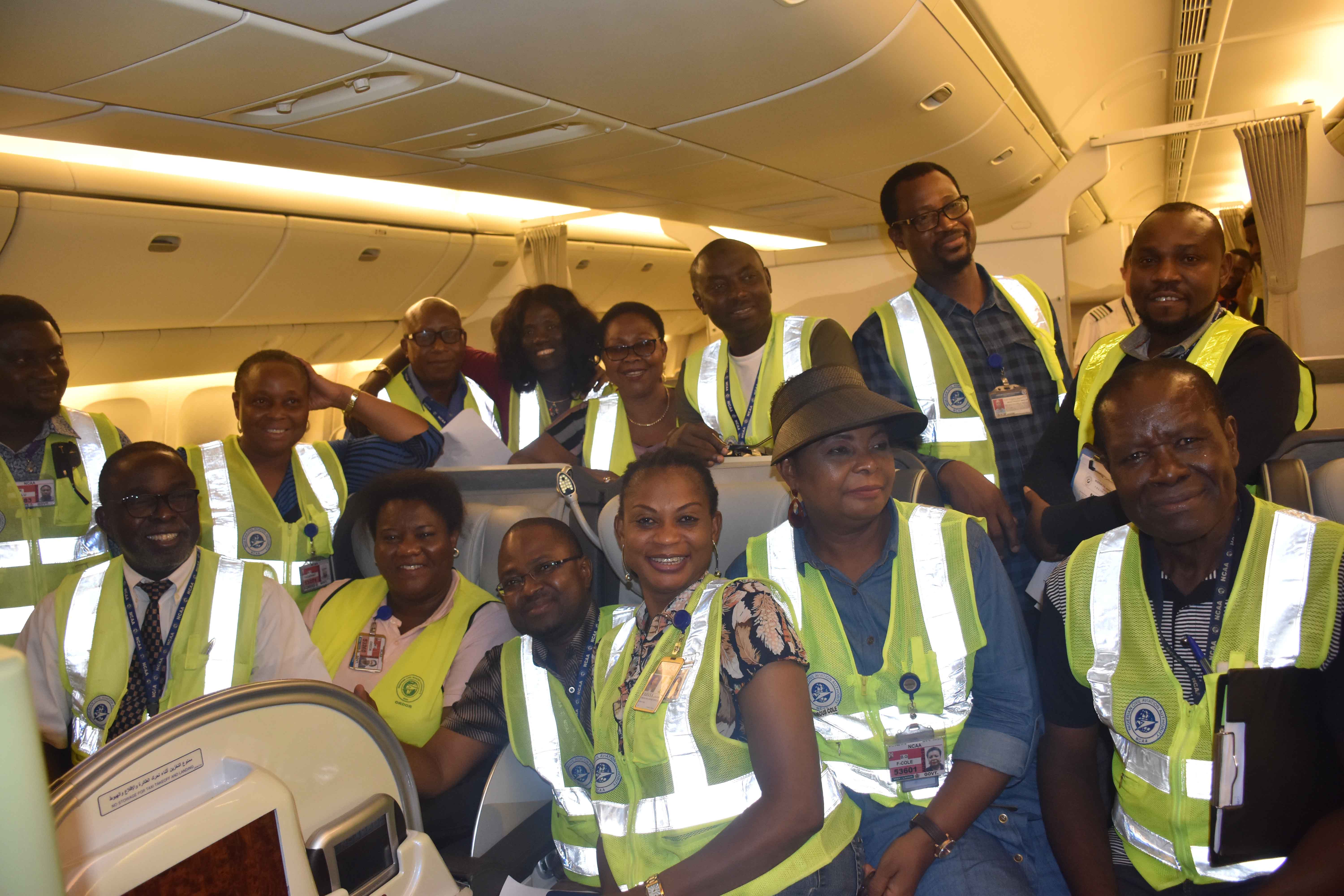 Once the signal for the exercise to commence was given, the crew set out to work, deploying the four slides of the eight-exit Boeing 777 aircraft within 10.5 seconds – 4.5 seconds ahead of the maximum time allowed. They drew applause for their display of efficiency.

Assessing the exercise which took place at the Murtala Muhammed International Airport, Lagos from about 5pm to 10 pm on Thursday, leader of the NCAA team of inspectors, Capt. Agu said they were satisfied with the partial evacuation and ditching demonstrations staged by Air Peace.

He congratulated the carrier on the success of the exercise, urging it not to rest on its oars in sustaining its high safety standards.

Commenting on the assessment, Air Peace Cabin Crew Manager, Florence Opia and Quality Manager, Mr. Patrick Achurefe commended the NCAA team for going about the exercise in a diligent manner. 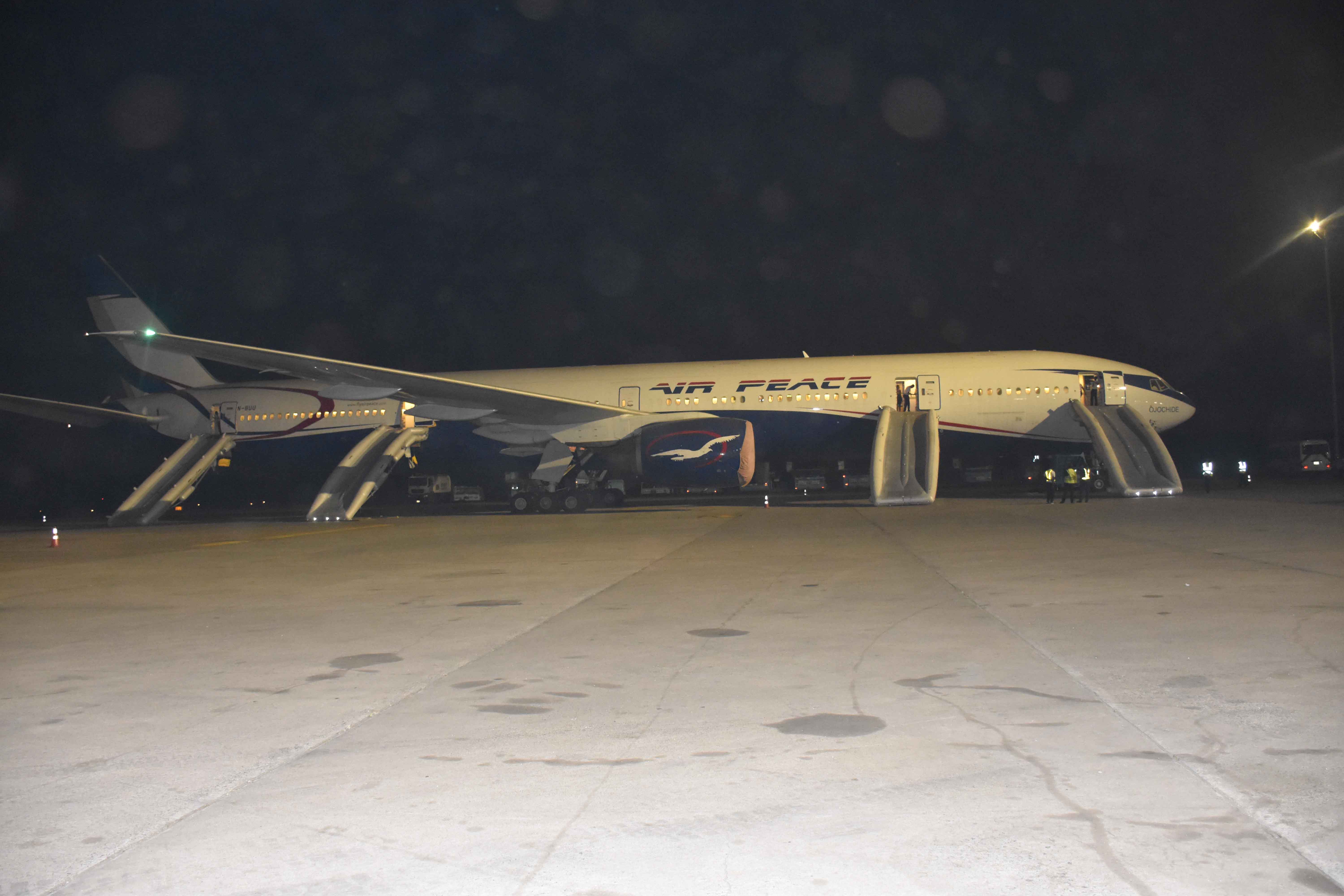 Air Peace Boeing 777 (5N-BUU) with its blown slides during the partial emergency evacuation exercise at the Murtala Muhammed International Airport, Lagos on Thursday

They assured that the carrier would continue to prioritise safety and compliance with aviation regulations in its preparations for the launch of its long-haul flights to Dubai, Sharjah, London, Houston, Guangzhou-China, Mumbai and Johannesburg.

With the evacuation exercise off the way, Air Peace said it was now set for the next stage of regulatory requirements for the induction of its B777 aircraft into service and commencement of its international flights.

The airline confirmed that it would soon operate demonstration flights with its B777 aircraft to Port Harcourt, Kano, Freetown, Dakar, Johannesburg and Sharjah.