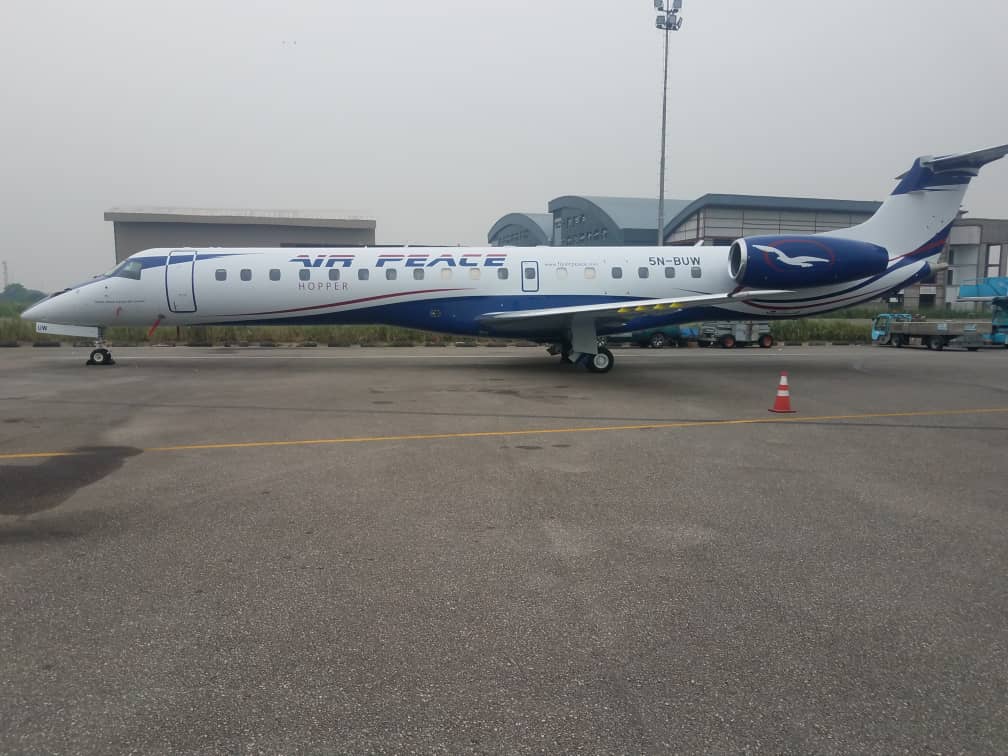 West Africa’s leading airline, Air Peace on Tuesday received the last of the six 50-seater Embraer 145 jets it recently acquired, assuring that its vision of providing seamless flight services on the domestic, regional and international routes was running according to plan.

The aircraft marked 5N-BUW and named Virginia Omeogo Adegoke (Nee Onyema) touched down at the Murtala Muhammed International Airport, Lagos at about 4 a.m. (LT) on Tuesday. Air Peace took delivery of its 5th ERJ 145 weeks ago on October 14, 2018.

A statement issued by the carrier’s Corporate Communications Manager, Mr. Chris Iwarah said the airline’s goal of guaranteeing seamless flight operations as well as connecting unserved and underserved routes was fast being fulfilled.

“We are delighted to announce the arrival of our sixth 50-seater Embraer 145 jet at the Murtala Muhammed International Airport, Lagos at about 4 a.m. on Tuesday, November 27, 2018. The arrival of the aircraft has further strengthened our resolve to provide seamless flight services on the domestic, regional and international routes as well as extend the reach of our exceptional operations to many more unserved and under-served destinations under our no-city-left-behind project. 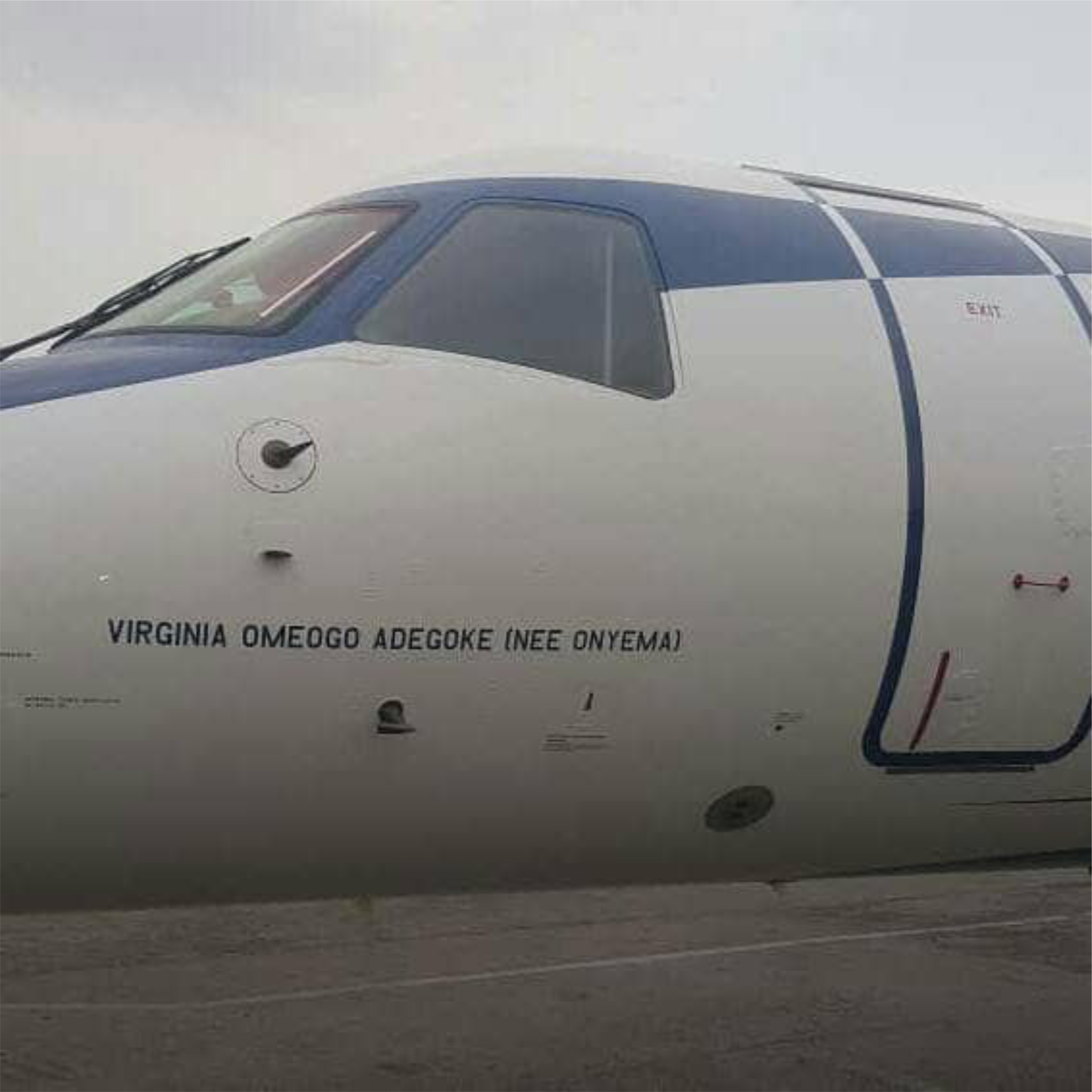 “Upon the arrival of our first Embraer 145 aircraft in February this year, we set another record in Nigeria’s aviation industry with the establishment of a subsidiary, Air Peace Hopper to organise our plan to democratise air transport and deliver exceptional flight services to unserved and under-served cities in Nigeria and the West Coast of Africa. Since we started this project, the pieces of feedback have been quite encouraging. Although there have been challenges, including delays mostly on account of circumstances bordering on safety and other factors beyond our control, we have kept reviewing our schedules and restrategising to ensure the best of flight services for our teeming loyal customers. This has greatly paid off and the delays reduced to the barest minimum.

“We are in aviation to create massive job opportunities, connect people and business and leisure destinations, help in growing the economies of Nigeria and other nations we operate in and make our dear nation proud overall in the global aviation community. We are quite proud that this vision is unravelling on a great positive note, especially with the support, loyalty and patronage of our esteemed customers. With our deepened capacity, we have no doubt it is early yuletide for the flying public this year,”Air Peace said.