Air Peace takes delivery of B737 on Christmas eve 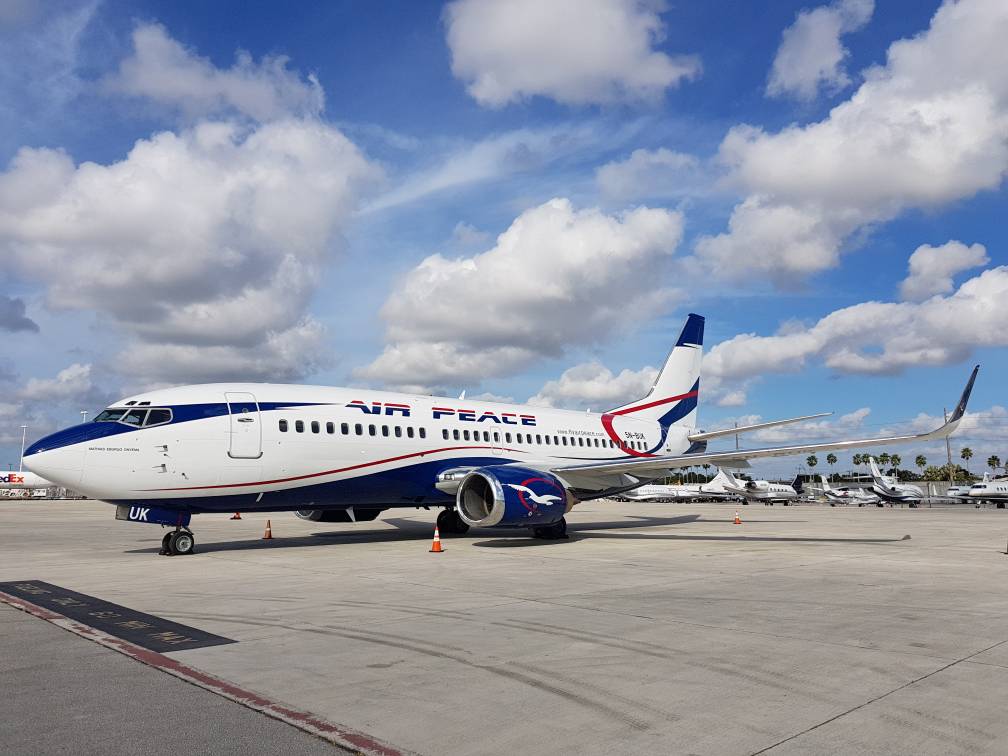 The yuletide operations of Nigeria’s leading carrier, Air Peace got a big boost on Sunday with the delivery of one of its newly acquired aircraft.

The aircraft which was flown in by Capt. Ikechukwu Paul Ugochukwu and his team is the third Boeing 737 Air Peace has received this year alone.

The carrier took delivery of two of its new Boeing 737 aircraft on February 21 and June 16 respectively.

Air Peace recently acquired six Embraer 145, a couple of Boeing 737 and two Boeing 777 to bring its fleet size to 24 aircraft to drive its massive domestic, regional and international expansion project.

Speaking on the delivery of the new aircraft marked 5N-BUK and named Mathias Eburuo Onyema, Air Peace Chairman/Chief Executive Officer, Mr. Allen Onyema said it was evidence of the seriousness of the carrier’s pledge to deepen air connectivity in Nigeria and the West Coast of Africa as well as make a difference on the international aviation scenes.

An elated Onyema assured that the new aircraft would boost the carrier’s effort to sustain its on-time reputation, especially during the yuletide operations.

The airline, he said, was set to commence flight operations to Yola and Kano to open up the economy of the North of Nigeria and address its air transport challenges.

Air Peace, Onyema assured, would soon announce a new date for the launch of its Freetown, Banjul and Dakar services, which were initially fixed for December 15 but had to be called off at the last minute due to the industrial unrest by Dakar Air Traffic Control.

He added that the airline would shortly take delivery of the two Boeing 777 aircraft it recently acquired for its Dubai, London, Houston, Guangzhou-China, Mumbai and Johannesburg routes.

He thanked air travellers for supporting Air Peace in the last three years of its existence to become the leader of Nigeria’s aviation industry, assuring that the airline would continue to prioritise their safety and comfort.