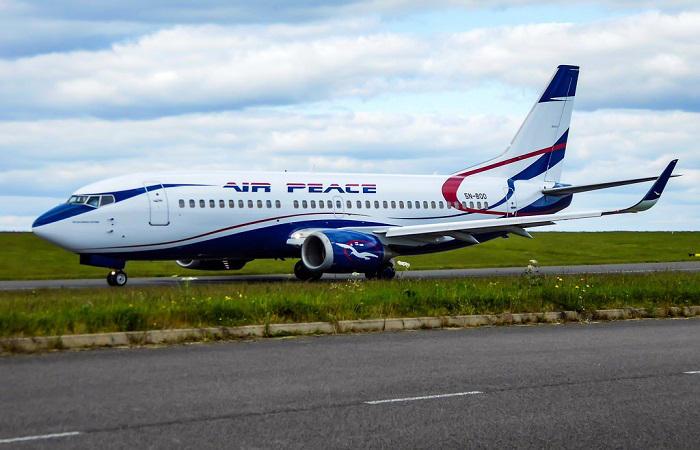 Nigeria’s leading carrier, Air Peace has announced plans to begin the third phase of its regional operations in the next few weeks with the launch of flights to Monrovia, Lome, Abidjan and some other West Coast destinations.

Meanwhile, the airline has reassured that its fleet comprises Boeing aircraft with some of the best engines in the world and built to ensure the safety as well as comfort of the flying public.

A statement signed by Air Peace Corporate Communications Manager, Mr. Chris Iwarah said the airline was already realising its goal of guaranteeing seamless connectivity on the West Coast of Africa with the launch of its Accra, Ghana; Freetown, Sierra Leone and Dakar, Senegal flight operations.

The plan to add Monrovia, Lome and Abidjan to the airline’s route network, the statement added, was in appreciation of its customers on the West Coast who had reached out to it to expand its regional operations to cover more underserved destinations.

“On February 16, 2017, we launched our Accra, Ghana operations and gave members of the flying public a refreshing choice of spectacular flight services on the route. Just about a year after our entry into the Accra route, we took another huge step to deepen our West Coast operations with the launch of our Freetown, Banjul and Dakar services on February 19, 2018.

“We are deeply grateful that members of the flying public have not only endorsed our regional flight operations with their patronage and loyalty, but are now requesting that we expand our network to cover more West Coast destinations, including Monrovia, Lome and Abidjan. We feel highly honoured that our wonderful guests are pleased with our domestic and regional operations.

“Our goal is to make air connectivity on the West Coast and indeed the entire Africa seamless, comfortable, affordable and a refreshing experience. We are ready to take up the challenge and kick off the third phase of our regional operations with the commencement of our Monrovia, Lome and Abidjan services in the next few weeks. It is the least we can do in appreciation of our esteemed guests whose support and loyalty have taken us to the top spot as leaders of the commercial flight business on the West Coast of Africa,” the carrier said.

In another development, Air Peace has reassured that it was running a strict safety and fleet maintenance programme because of the premium it placed on the lives of its customers.

Its fleet, the airline said, comprised the family of Boeing 737 aircraft with some of the best engine performance record in the world.

The engine of an NG B737-700 aircraft owned by a United States-based airline recently blew out, prompting regulators to reportedly order a check to ensure that other aircraft of the same type were not having the fault allegedly discovered in the engine.

The airline said besides contracting one of the best aircraft maintenance companies in the world, BCT Aviation, to do routine maintenance of its fleet on ground its base in Lagos, it was spending huge foreign exchange to maintain its aircraft in some of the best facilities in the world to ensure that the safety of the flying public was not compromised.

“The FAA directive to airlines who operate aircraft with the same engine with the U. S. carrier to perform ultrasonic inspection on the engines installed on NG B737-700 does not extend to engines installed on the classic aircraft, which we have in our fleet. Besides, our aircraft are maintained in accordance with the approved maintenance programme and manufacturer maintenance document,” Air Peace said.