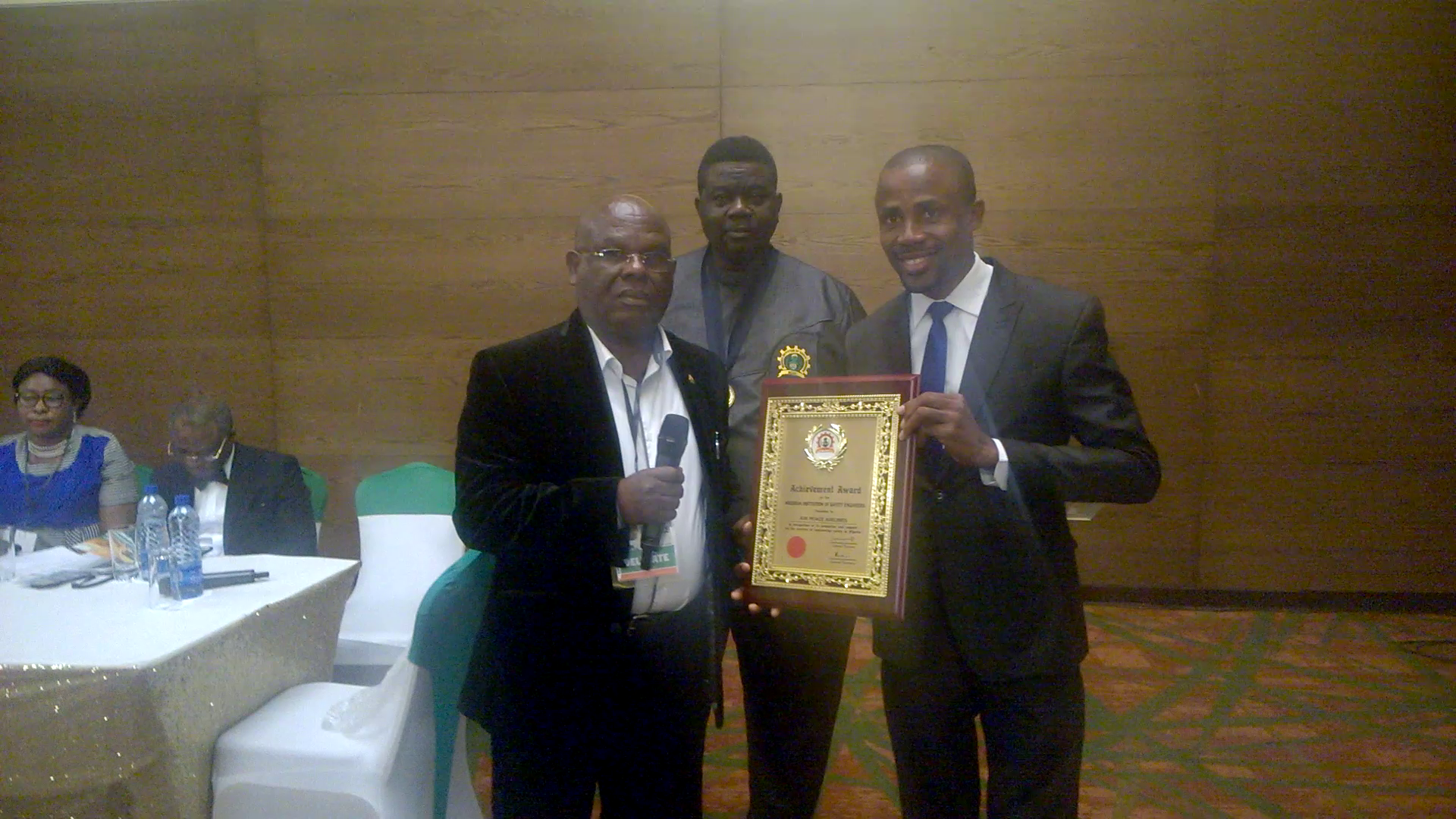 Nigeria’s leading airline, Air Peace has urged the Nigerian Institution of Safety Engineers (NISE) to focus on developing the right skills to put Nigerian engineers fully in charge of engineering services in the aviation sector.

The airline gave the charge in Lagos on Thursday during the 2017 Conference and Annual General Meeting of the Nigerian Institution of Safety Engineers, where it was honoured with an award in recognition of its “promotion and support for the practice of engineering safety in Nigeria.”

Air Peace regretted the dearth of modern engineering manpower in the Nigerian aviation sector, insisting that airlines were compelled by the development to resort to expatriates for most of their maintenance and other engineering operations.

Speaking at the conference tagged: “Assuring Public Safety in Nigeria – The Roles of Safety Engineers,” Air Peace Chairman/Chief Executive Officer, Mr. Allen Onyema assured that the carrier was uncompromising in its approach to matters of safety.

Onyema, who was represented by the Corporate Communications Manager of Air Peace, Mr. Chris Iwarah, assured that he was anxious to see the end of the current trend where domestic airlines relied on expatriates for their major engineering operations.

He, however, insisted that Nigerian engineers must first deepen their capacity for handling aircraft maintenance before airlines would be comfortable to fully put them in charge of catering to their engineering needs.

Air Peace, Onyema said, was spending billions of foreign exchange on maintenance of its aircraft overseas in line with its high safety standards. The availability of a corps of technically empowered  Nigerian engineers, he said, would help the airline realise its vision of employing local talents and growing the nation’s economy.

He described the award by NISE as a priceless testament to the high standard of the airline’s safety practices and flight operations.

Onyema praised NISE for recognising and rewarding excellence, saying the institution had continued to ensure high safety practices in the country against all odds.

Presenting the award to Air Peace, the National Chairman of NISE, Mr. Adeyemi Oyedepo commended the carrier for running an excellent safety regime.

He affirmed that the carrier had continued to distinguish itself in the Nigerian aviation industry on account of the quality of its safety programme.