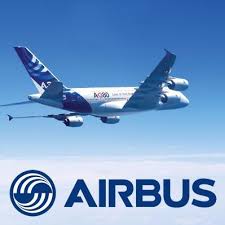 Airbus beat Boeing in the race for new business last year, swelling its total order book to $1 trillion, but remained behind on deliveries.

According to Airwisenews.com, both plane makers experienced a slowdown after two years of heavy orders, and amid concerns over the impact of economic jitters and low oil prices on demand for fuel-saving aircraft.

Despite that, deliveries of popular models grew, reflecting industry forecasts of persistent growth in traffic.

Airbus hit a company record of 635 deliveries and predicted over 650 in 2016, with new orders again exceeding deliveries.

Combined deliveries came in a whisker below 1,400, having doubled in the past decade. Airbus plane making chief Fabrice Bregier said the latest data showed the market was “resilient”.

Airlines “do not expect oil prices to stay low forever,” he said.

Airbus expects to close the gap with its competing A350, but deliveries have started gently due to industry-wide cabin supply problems and the European firm’s determination to avoid a repeat of industrial problems that beset Boeing’s 787 and its own A380.

Airbus argued deliveries were about the same as Boeing’s, disregarding differences of timing between increases in production of the latest generation of lightweight jets.

In a boost to the slow-selling A380, Airbus said it had won an order for three of the double-deckers from a “global leading airline”.

That fell to a net total of two orders for the year, after a cancellation linked to the restructuring of bankrupt Russian airline Transaero, industry sources said.

“Yes it is a message,” he told a news conference.

Airbus missed its target for 15 A350 deliveries in 2015 by one plane after shortages in cabin equipment. It expects to deliver “at least 50” of the new jets in 2016.