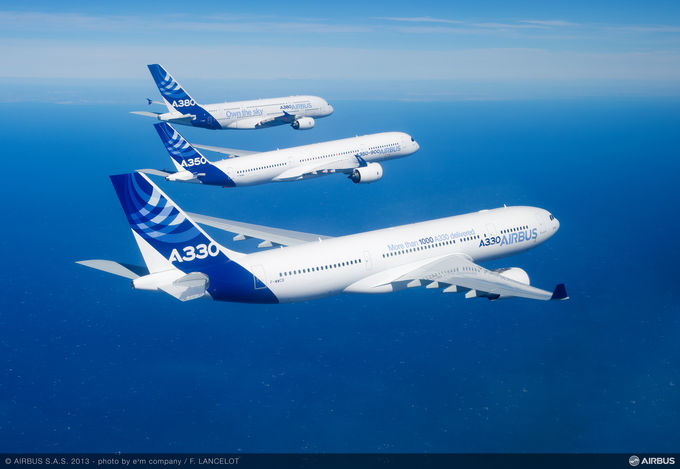 By Sade Williams
The vision of the Buhari Administration for the Aviation sector has continued to attract global industry players into the country with the desire to be part of the expected reforms and developments, the latest being the delegation from industry giant, the Airbus Group of France, which plans to open an office in Nigeria.
Leading the delegation on a visit to the Minister of State for Aviation, Senator Hadi Sirika in his office, the Ambassador of France in Nigeria, Denys Gauer said they were in the Ministry to acquaint themselves and identify with the new government vision and plans for the Aviation sector, as presented by the Minister to various industry stakeholders both in the country and at the international level.
He also informed the Minister of the intention of one of the largest aircraft manufacturers and leasing company in the world, the Airbus Group to open an operational office in Nigeria as a mark of confidence in the governments agenda for the aviation industry in Nigeria.
Also briefing the Aviation Minister, the Vice President of the Airbus Group for Africa, Vincent Larnicol told him that company had expanded upon on its strong European roots to move forward on an international scale with fully-owned subsidiaries in the United States, China, Japan, India and in the Middle East with spare parts centres in Hamburg, Frankfurt, Washington, Beijing, Dubai and Singapore as well as engineering and training centres in Toulouse, Miami, Wichita, Hamburg, Bangalore and Beijing; and more than 150 field service offices around the world.
According to him, Airbus, in its desire to get closer to its customers, is also actively developing engineering, manufacturing and service capabilities in Europe, China, India, Russia, the Middle East, Singapore and the United States. This, he said also informed the decision to establish its presence in Nigeria with the opening of an operational office.
The Airbus Executive also informed Sirika of the Group’s interest in the plans of government to concession major airports across the country, as well as the establishment of a national carrier, while also commending government’s plan to establish an aircraft leasing company in view of the inherent difficulties in acquiring new aircrafts.
The Airbus Group also promised to collaborate, through its Cooperation Programme, with the Nigerian government in the establishment of an Aviation University to which the International Civil Aviation Organization (ICAO) is largely committed.
In response, Senator Hadi Sirika informed the Ambassador and the Airbus delegation that the vision of the government for the sector include, amongst others; the establishment of a private sector-driven national carrier, concession of the nation’s major airports to make them more viable and up to global standards, repositioning domestic airlines to make them competitive and profitable, establishment of Maintenance, Repair and Overhaul (MRO) facilities and development of human capital for the anticipated expansion of the sector.
According to the Minister, the plan of the Buhari government was to gradually reposition the Nigerian Aviation industry in such a way that would turn the nation into a regional hub for air transportation, given the ICAO forecast of a quadruple growth for the nation’s air travel in the next ten years.
He expressed Nigeria’s preparedness to collaborate with all genuine partners, insisting, however, that government decisions and actions would always be guided by the protection of national interests.
2016-10-20
Sade Williams