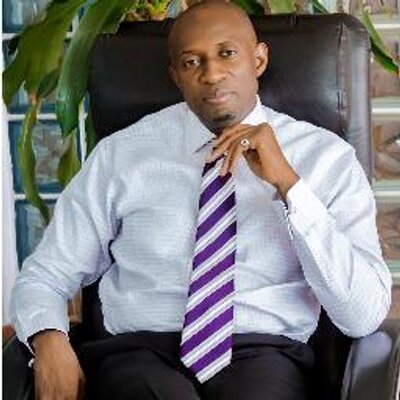 Nogie Meggison, chairman of the association in a lengthy statement, said the same issues that contributed to Arik Air problem which they had incessantly complained about, had existed over the past 25 years, adding that 27 airlines had gone the way of Arik and others due to same problem.

“In this time of economic hardship in the nation, it is rather unfortunate that the system has failed to recognize airlines area as pivot and one of the pillars to jumpstart the economy of Nigeria of today out of the recession.

“Rather, the system is continuously manipulating, feasting and pushing the financial envelope of airlines by inflicting multiple taxes, charges and levies to the extent that airlines are now groaning under the pressure and some are going bankrupt.

“AON has been screaming and complaining about the same issue over the years that have culminated in sending over 27 airlines under in the past 25 years, he said.

Megisson, who noted that a case in point is the recent takeover of Arik Air and Aero Contractors by AMCON in the face of huge financial burdens that have shown themselves as fallout of the multiple and sometimes unfair charges, levies and taxes airlines are forced to grapple with on a daily basis, said ‘this is without recourse to the fact that aside from all the multiple charges, levies and fees, airlines still have to pay mandatory statutory corporate taxes to relevant agencies’.

“Ordinarily, airlines meet so many costly foreign exchange components on daily basis that accounts for 70% – 80% of their direct operational cost such as Jet fuel, spare parts, insurance and simulator training among several others,” he said

He noted that despite all these challenges, it is unfortunate that domestic airlines have become a cheap target for the agencies that are putting additional pains and burden on operators through multiple taxes, charges and levies which they demand from airlines with impunity.

“The Civil Aviation Act of 2006 (Part 18.12.3) requires that the NCAA regulates civil aviation and the charges imposed by civil aviation authorities and/or agencies. These charges, in consultation with stakeholders, are to be approved and reviewed periodically by both parties. On the contrary however, airlines are saddled with charges without any form of consultation whatsoever.

Many of these taxes and charges, he said amount to double taxation such that any incentive seemingly provided by government to airlines is taken back by the agencies.

He explained that NAMA charges domestic airlines different kinds of navigational charges which they should ordinarily be exempted from in line with global best practice, except Nigeria, adding that the implemented charges range from Terminal Navigational charges to enroute navigation charges, Over-flight charges, clearance charges, and extension charges.

He lamented that even foreign airlines don’t pay enroute charges or extension charges which the local airlines are forced to pay, adding that in spite of all these charges, NAMA still gets 23% taken from NCAA 5% Ticket Sales Charge (TSC) Account.

“Even with all these charges, many of the airports in the country do not have runway lights and navigational landing aids. This means such airports are only open between 7am and 6pm daily. To this end, airlines can’t fully utilise their airplanes for 24-hours operations. No airplaneor factory machine can be profitable only from 7am to 6pm daylight operations. Airplanes and factory machines are supposed to operate for 24-hours. Airlines also sometimes have to pay arbitrary extension fees or cancel a flight entirely with the attendant burden and inconvenience due to no fault of theirs.

“The open ended 5% TSC is to say the least ambiguous and open to debate and manipulations. Ticket prices differ from one airline to the other, hence it precludes that different airlines are charged varying amounts for the same service. It also implies that an airline is being charged different amounts at different times for the same service since prices are not static. Rather than a flat 5% of ticket cost, the TSC should be a fixed charge like standard global practice of N1000 per ticket.

He said an Information Circular by the Federal Inland Revenue Service (Information No.: 9701; Circular Dated 1st Jan. 1997) shows clearly under Part G, Heading No 86.05 – 89.01 (With particular reference to Nos. 88.02 – 88.03) with Harmonised System (HS) Code 8605.0000 – 8902.0000 (With particular reference to Codes 8802.2000 – 8803.2000) that Aeroplanes and other aircraft, of an unladen weight not exceeding 2,000kg to a maximum of Aeroplanes and other aircraft, of an unladen weight exceeding 15,000kg as well as their spare parts are exempted from VAT. Also, under Part L (EXEMPTED DIPLOMATIC GOODS (Based on Federal Government Duty Free Concessions), Sub Section (b) No. 8; Overseas air transportation is among the list of Services Exempted from VAT.

While thanking the President Buhari administration for approving the implementation of the provision as per the above provision allowing aircraft goods and spare parts to have zero duty, he noted however, that the law is not being fully applied by the relevant agency to commercial air transportation which he said is a critical service to drive the economy.

“We would like to appeal to the Federal Inland Revenue Service (FIRS) to also consider extending to the domestic airlines as it does for foreign airlines. While foreign airlines don’t pay VAT on Ticket Sales, Domestic airlines are compelled to pay VAT on ticket sales. Also, Road, Rail and Inland Water Ways do not pay VAT, but Domestic Commercial Airline Transportation pay VAT. We strongly appeal to FIRS to urgently reconsider the situation.

“From the foregoing therefore, it is highly unfortunate that air transportation in Nigeria has been singled out as the only form of commercial transportation that pays VAT in the country for reasons best known to the relevant authorities despite the clear position of the law. This is an aberration as well as an additional taxation and increased burden on airlines despite several promises in the past to take it away. We therefore appeal to government to immediately address this anomaly and unfair practice.

“Our recommendation is that there is an urgent need for a total harmonization of all agencies’ charges into a one-stop shop payment system which was recently proposed by a committee set up by government and supported by the airlines, but was eventually frustrated by the agencies.

“This will help in streamlining of all fees and charges by the various government agencies namely NAMA, FAAN, NCAA, NCAT, AIB and NIMET into a single window and remove any confusion and double billing. A situation whereby each of the agencies comes up with arbitrary fees that are alien to the airlines brings about a lot of confusion and amounts to multiple taxation.

“In the light of the above, we therefore appeal to the Federal Government to assist the airlines by taking a critical look into this issue of multiple charges and come to the aid of airlines by having a single window, removing VAT from air transportation and reducing the heavy burden they currently face.

Some of these incentives include:

“Airlines provide a critical socio-economic services and should not be treated as a cash cow and strangled out of existence by multiple taxes, levies and charges that are sometimes forced on the airlines without due consultations. We pray that Government needs to reappraise the way it sees air transportation and accord it the support it truly deserves as done in other climes,” Meggison added.