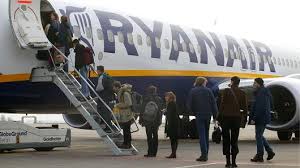 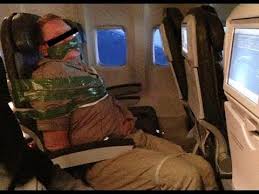 Ryanair has called for a ban on booze at Irish airports after drunken passengers forced an Ibiza-bound flight from Dublin to divert to Paris.

The airline wants alcohol sales to be banned before 10am after 20 unruly Irish passengers caused havoc on the early-morning flight on Saturday. Three passengers were removed from the plane and detained by French police in Paris. The flight was delayed for nearly three hours as authorities dealt with the incident.

“The aircraft landed normally and the passengers were removed and detained by police upon arrival, before the aircraft continued to Ibiza,” Ryanair’s head of communications Robin Kiely told RT.

Kiely said Ryanair “will not tolerate unruly or disruptive behaviour at any time and the safety and comfort of our customers, crew and aircraft is our number one priority.”

The budget airline is now calling on airports to limit alcohol sales, suggesting a “two-drink limit per passenger and no alcohol sales before 10am.”

“It’s incumbent on the airports to introduce these preventative measures to curb excessive drinking and the problems it creates, rather than allowing passengers to drink to excess before their flights,” Kiely said.

Flights to Ibiza have a reputation for being rowdy, as passengers heading to the party island often start their holiday antics before they board their flight. Ryanair has already banned passengers from bringing Duty Free alcohol on flights to Ibiza.

According to a report on airwise.com, Dublin Airport responded to the suggestion, explaining it worked with airlines, the Irish Aviation Authority and police on the issue.

A spokesperson told RT Ryanair’s suggestion was  “highly draconian” and said it would affect all passengers, “because of the behavior of a very, very small minority of airline travellers.”