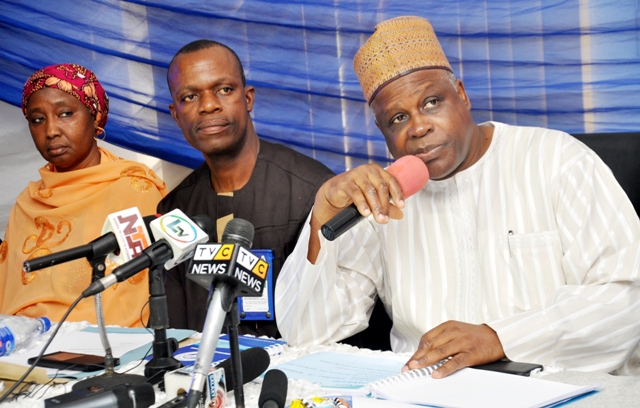 Director General of the Nigerian Civil Aviation Authority (NCAA), Capt. Muhtar Usman, said the Authority has directed all airlines to always submit their financial health report to it in order to ensure strict economic regulation of the sector.

He made this known on Wednesday in his presentation at the NCAA interactive forum with aviation agencies and airlines’ public relations/information managers held at its headquarters annex at the Murtala Muhamed Airport, Lagos.

Usman, who noted that aviation charges in Nigeria were not as high as peddled, added that airlines must also render their monthly financial obligations in line with the provision of aviation regulations.

“NCAA began process of streamlining aviation charges recently, aviation charges in Nigeria are quite moderate comparable to other countries and there are some existing charges in other countries that are not applicable in Nigeria and this is not to overburden airlines. Also, NCAA directive is to the effect that airlines must render their monthly financial obligations in line with the provision of aviation regulations and they must submit financial health returns too”, he said.

He disclosed that between January and June 2018, a total of 36 pilots were issued licences while 64 air traffic controllers licences were renewed.

According to him, 750 pilots got their medical and instruments renewed; there 23 foreign licences were converted, 242 cabin crew licence issued; 206 cabin crew medicals renewed and 68 aircraft maintenance engineers were issued licences.

Usman however said that all airlines have been strongly warned over delays and cancellations.

He disclosed that five airlines  were sanctioned as several flight crews and engineers were penalized during the period under review.

He added that an aviation training organization was also penalized under the sanction regime, adding that ‘violation to safety regulations  is viewed seriously by NCAA’

Moving forward, he said NCAA will sustain robust regulation and continue to provide level playing field for all operators, engaging in continuous consultation with stakeholders as a way of strengthening information sharing.

Meanwhile,  an association to be named Information Managers in Aviation (IMA) which Secretariat will be provided by NCAA, is to be formed.

This was a major fall-out from the interactive session where it  was agreed that a committee will soon to midwife its constitution and eventual takeoff.

It was also agreed that all Public Relations Officers of aviation agencies will be automatic members, including Mr. Sanya Onoyoade , a former corporate affairs manager, Nigerian Aviation Handling Company (NAHCO) and a public relations consultant, being the chairman.

It was also agreed that that Chairman of League of Airports and Aviation Correspondents (LAAC) will be an automatic member, as well as agreeing that SAHCOL will represent other ground handling companies in the committee, whereas Nigerian Immigration Services (NIS) represents other airport service providers on the committee.