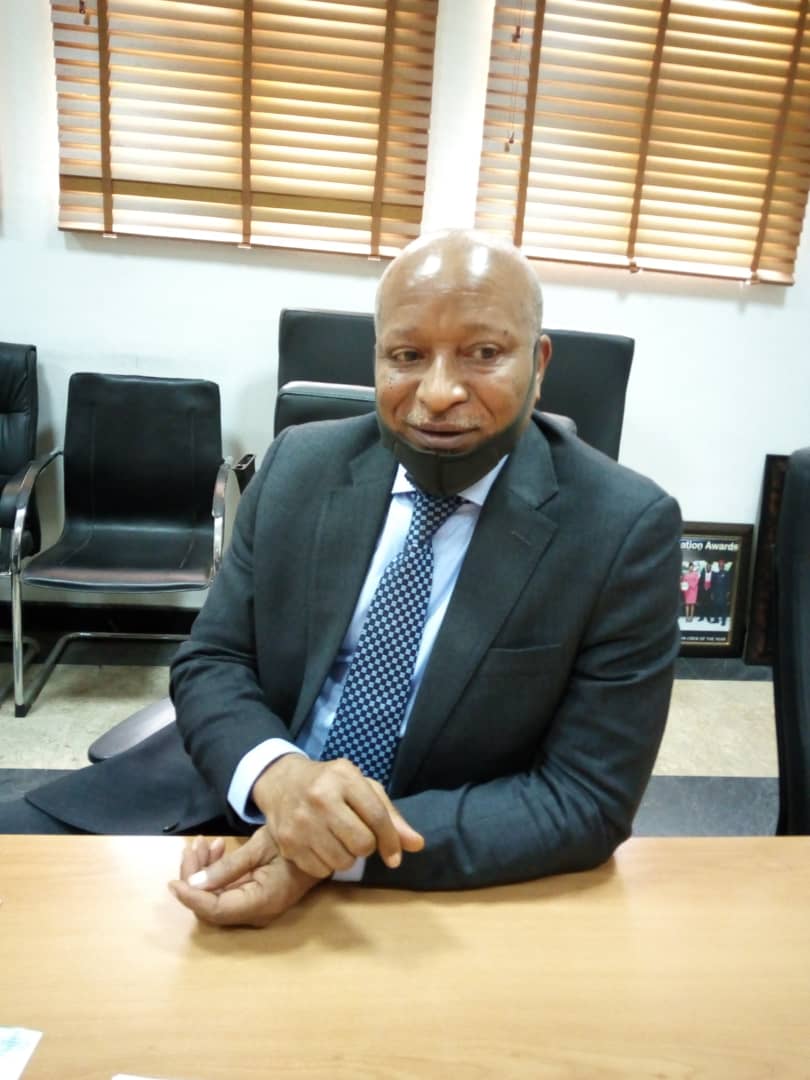 Captain Roy Ilegbodu is CEO, Arik Air. In this interview with Aviation Correspondents, he expressed appreciation for the N5 billion stimulus package by Federal government. He bares his mind on Aviation fuel, runway lights and other issues, especially Forex, which has greatly affected airline operations in Nigeria.

What I would say is that what we got was definitely not enough we certainly could have done with a lot more. The impact of the pandemic have been quite significant as you follow news from all around the world you see that it is the same situation everywhere. Government have come massively in support of airlines so we did expect a bit more from government, however, that said we also understand that government itself faces significant challenges from all other sectors of the economy. Therefore we do not think of ourselves as unique. So we appreciate the little we got something little is better than nothing, so I think that helped in its own little way aiding us to surmount some of the challenges we face.

We still face significant challenges going forward, we are still grappling with them and moreso, to issues at play, we have challenges of foreign exchange, that is one big issue,. The exchange rates have virtually gone up significantly y approximately 40% since COVID struck. You realize that our industry itself is quite tied to the supply from outside Nigeria. To support an aircraft with spare parts you need all sorts coming in. So significant sums of monies are spent on maintenance, the airplane on a daily basis must be maintained. You cant compromise maintenance of aircraft . The tires on an airplane, some people don’t realize how much we change those tires, you can’t use an aircraft tire for example the way you use your car tires till they get burst. You have to change them regularly whether they look old or not. So you see that happening on daily basis because some of the rotables. Its quite significant for us to face all this and now coupled with the exchange rate, so we do need more help from government. As much as government can give, we will appreciate, especially if that can be resolved (Foreign exchange ) that major aspect for us.

Passengers are not really travelling as much as before, we’ve seen that however, some airlines may not notice that now because that is because the capacity has also dwindled. What I mean by that is that the airlines have suffered so much that the fleet sizes have gone down, therefore normally you will not notice that passenger numbers have dwindled but as airlines start to recover, it will become apparent that people are no longer travelling as much as they used to do pre-covid. But the good news is that the vaccines are here and so it gives everyone hope, I do expect that in the next couple of months there will be a lot more movement and things will start to come back to normal.

Well, in reality there is no connection between the two. That said, you are aware that NG Eagle is solely owned y AMCON and of course you know that Arik Air itself is in receivership and the receivership was instituted by AMCON which is based on the fact that Arik owes significant sums if money to AMCON. So if you can infer from there that’s the relationship.

I can boldly say that those airplanes in our industry we call it recovery. So they have been recovered. If a company is owing and it cannot pay, those airplane were actually mortgaged to AMCON and it is very clear that at some point theyd take their assets and that is what was done, So the fact that they carried the name and logo of Arik doesn’t mean they belong to Arik, the owners have taken their property. Of course the opportunity was given tio Arik to pay, I don’t think that happened so I think its pretty straight forward. Y law, those are mortgaged assets and the owners of the assets have every right to take their assets.

Landing on Runway 18R and taxiing to domestic terminal

There would be significant sums of savings, I cant even begin to quantify. It is actually a huge drain on not just Arik ut all the other operators that have do night operations. That can ve resolved by installing the Runway lights at the local runway but yes huge sums of money can be saved. Yes, an airplane the cycle starts when you start the engine and you are burning fuel, the wear and tear on the engine. So for every cycle, it doesn’t matter if that cycle is from here to Benin or from here to London or from here to the US, it is one cycle. So it costs money and that cost is the same whether it is London or Dubai, it is one cycle, it is one cycle.

For instance the engine when it is brand new, you say it has 20,000 cycles of life and so you fly 1000 cycles every year, that means that you expect those engines to run for 20 years at 20,000 it goes to zero you cannot use those engines until it goes back to shop for overhaul and those materials that are time related are replaced, those cost for us are much. So that trip for us from the international airport, 10 minutes sometimes more across runway, its something we calculate daily anytime after six you know that that is additional cost for the airline.

We continue to engage FAAN, anything that brings savings to an airline we will likely pursue vigorously but we also note that FAAN themselves face challenges in respect to funding. I think the entire industry is in a situation were significant sums of money need to be injected into the system to assist. The US airlines even not flying at full capacity, government has supported them with funding, that is important, to make government aware that an airline itself to a nation is not necessarily about an airline, most airlines will not be profitable apart from the so- called Low Cost carriers but when you take the entire network of services they provide as a portfolio, hotel chains, other support services on ground, ground handling and all that that are profitable because the airline exist, that overall contribution to the GDP of any country is very critical, that is why government should have its eyes when looking at an airline, how does the airline contribute to the economy. These vaccines for Covid, I am sure they all came by air. So many things, you can’t quantify them, just take so many service providers, SAHCOL, NAHCO, airports facilities, MM2, forget about the staff, that effect of the entire system is very important. So those nations that realize that, take advantage to make sure that the airlines exist. It keeps the economy going, tourism all sorts.

If you go to Ethiopia, the country is centered around aviation, they built one of the biggest hotels in Africa as an airline, they’ve taken over the terminal fully, you can see what they are doing, they are actually taking care of cargo transportation in and out of their country. They have a huge network, they may not necessarily have a robust domestic network like us here but I think their global network is quite interesting. Until government becomes aware of that someone is able to say this is what the airlines contribute to the economy, until that is clear, that is when they will see why you need to keep the airlines alive.