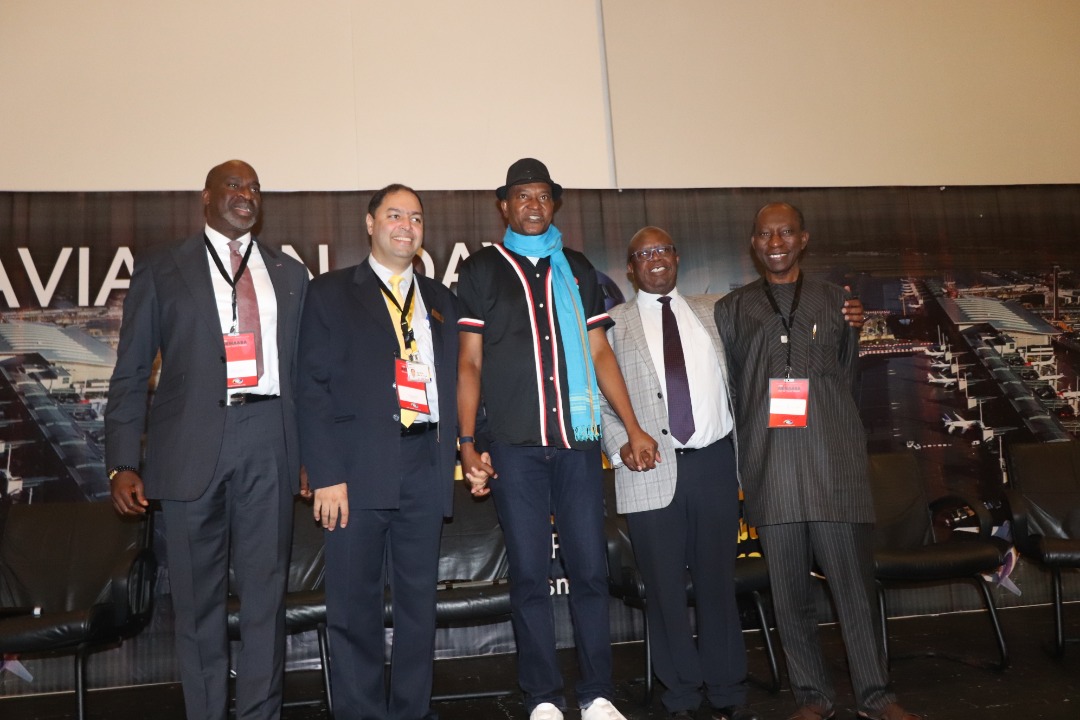 Former director of Public Affairs of the defunct national Carrier, Nigeria Airways, Mr. Chris Aligbe, has said that there is no option to the choice of concession which the Federal government has picked to revatilise  and develop Nigeria’s airport.

Speaking at the 15th Akwaaba African Travel Market on Aviation Day, at Eko Hotel Tuesday, he it is obvious that government does not have the money to develop and maintain airports in Nigeria, adding that currently, Nigeria cannot boast if a standard African airport.

Aligbe, who joined others to dissect the topic ‘Impact of Airport development and airlines on tourism growth’, said government can establish a national carrier with not more than 5 percent equity in order to have a sovereign cover for it, but the best way to turn the airports in the nation around is by concessioning.

“In Nigeria we do not have an African standard airport and if we don’t create it we may never have a headway, concessioning is mandatory for us, the unions may protest but that is the only solution. The decision to concession four international airports us the best decision because government does not have the money to invest in airports.

“ We have a lot note complex situation than Ghana because of our peculiarity so we need to resort to concession, government cannot do it, security should not be an excuse, if we want to join the comity of developed aviation, we must take a step. We have also not created the infrastructure and standard for tourism to grow, we cannot separate aviation from tourism, we need strong airlines and infrastructure for tourism to grow “, he said.

“Five percent equity is not enough for government to control the airline but enough for it to give it a sovereign cover”, he added.

Meanwhile, Sean Mendis, chief executive officer of Africa World Airline, has revealed the reason for making Accra its hub and not Nigeria where the market is.

He said the Ghanaian government has reduced all taxes and have created a friendly and enabling environment for aviation and general businesses to thrive, adding that it will not operate in a place where the charges are unbearable and weighing down airlines businesses.

Apart from the newly built terminal in Accra, which he described as world class, he said: ‘Ghana is reducing VAT on airlines and with the good terminal, it may not be as large as the one in Singapore, it is a world class terminal. Ghana is more suitable and more business friendly for us to operate.

“We operate 34 times a week from Accra to Abuja and many airlines are now preferring to connect from Accra because of lower landing fees and conduciveness, Ghana is the best place to go.
But with good infrastructure and friendly environment, Nigeria can continue to attract more traffic and connections’.