All Set For ATQ 2022 Industry Awards for Achievers 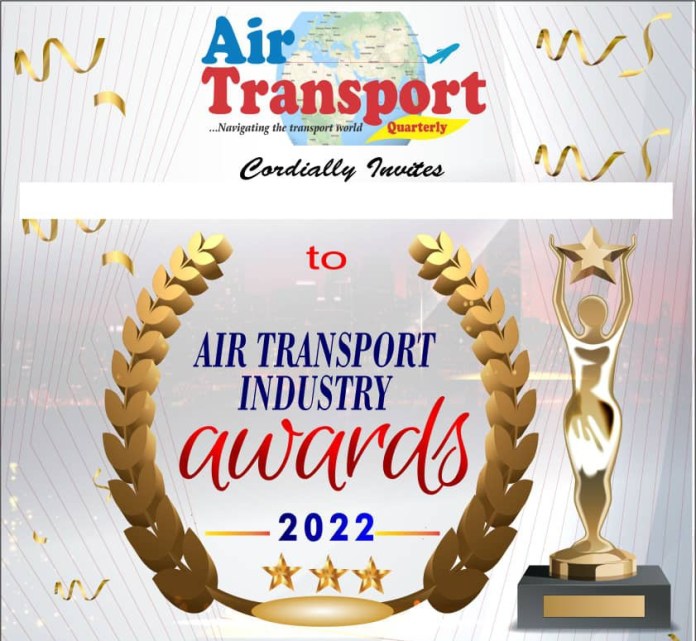 …As Capt.  Nuhu Emerges the “Aviation Man of the Year ”

The  Industry Award which is the  third in the series  for Aviation Industry and Business & Economy sector in Nigeria, is  scheduled to hold  at the Nigerian Civil Aviation Authority (NCAA) Annex, near FAAN Training School, Murtala Muhammed International Airport, Ikeja, Lagos, by 3pm.

According to the Publisher and Editor-in-Chief, Prince ‘Supo Atobatele, ‘’the event is to show case once again  industry achievers and reward for excellence in service delivery as championed by  the Awardees at their respective duty posts during the period in review’’.

Prominent among the notable top industry achievers at this year’s event include; the Director General, Nigerian Civil Aviation Authority (NCAA), Captain Musa Nuhu as the ATQ Aviation Man of the Year with the Agency which he superintends also announced as the Aviation Agency of the Year for sustaining industry safety.

The Nigerian Safety Investigation Board (NSIB) will receive an award as the ATQ Most Innovative Aviation Agency of the Year, while the Nigerian Airspace Management Agency (NAMA), has been nominated for two separate awards; ATQ Star Leadership Award in Air Traffic Management to the Managing Director, Mr. Matthew Lawrence Pwajok ,just as the Agency is  voted “Most Impactful Agency of the Year”.

Others are the Nigerian College of Aviation Technology (NCAT), Zaria, is also  listed for two  awards.

First as the ATQ Aviation College of the Year 2022 and the ATQ Leadership for Excellence in Manpower Development, for the NCAT Rector, Captain Alkali Mahmud Modibo.

Also, the Federal Airports Authority of Nigeria (FAAN) is listed for an award as ATQ Most Outstanding Agency in Airport Management.

Association of Nigerian Aviation Professionals (ANAP) is the Aviation Union of the year, with its President General , Comrade Kabir Yahaya Gusau being listed for ATQ Leadership Award in Trade Unionism.

Mr. Sotin Babatunde, President of FMT&A Cooperative also made the list of awardees as he has been nominated for leadership award in Cooperative Society Management.