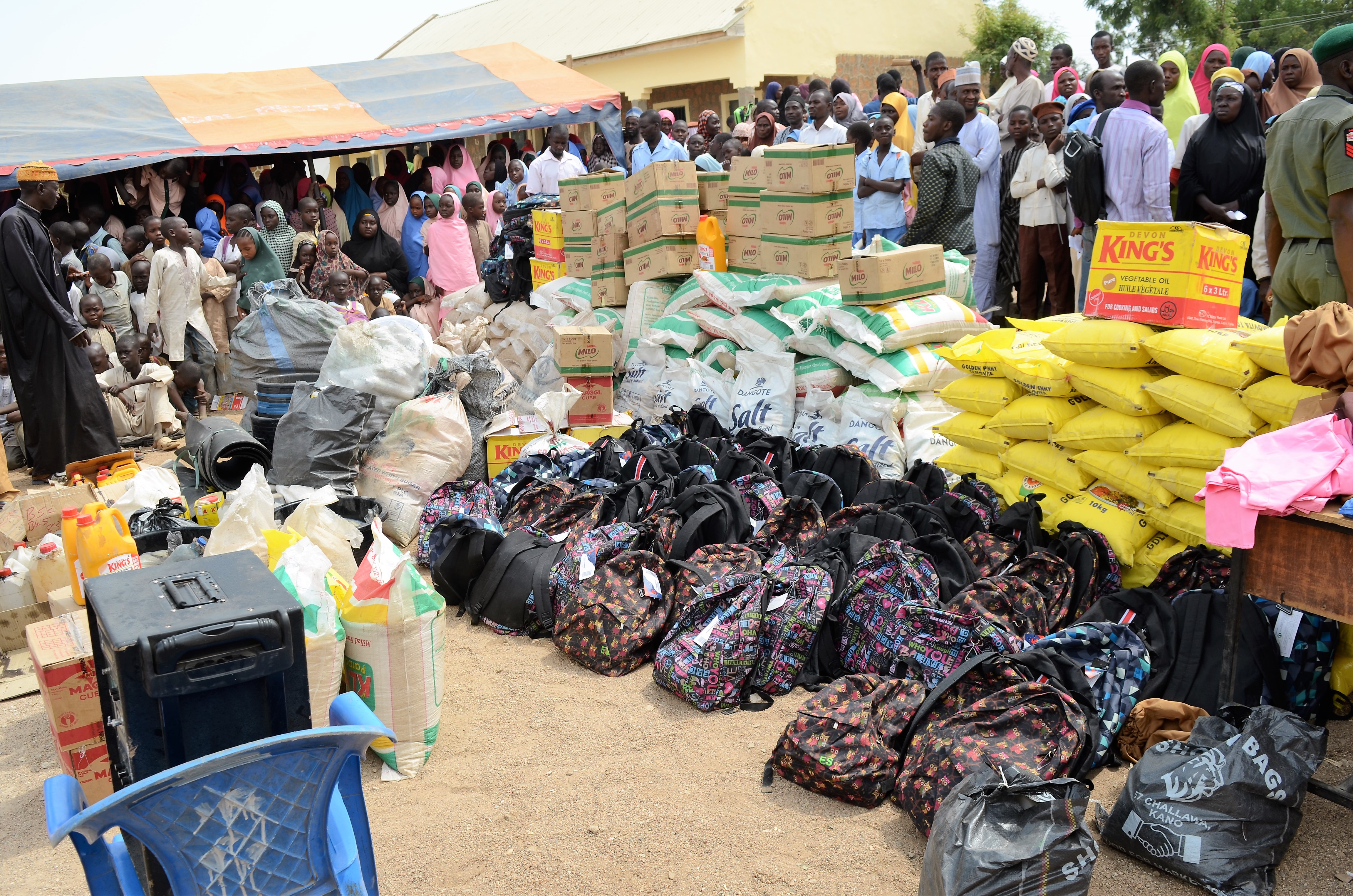 Asset Management Corporation of Nigeria (AMCON) yesterday in Biu Local Government Area of Borno State, commenced the second tranche of the distribution of educational materials for children; foods and other support items for families of Internally Displaced Persons (IDPs).

The programme is part of ongoing AMCON intervention exercise to three northeastern state that were worst hit by the activities of insurgence.

Addressing the host community at the Central Primary School, Biu, during the flagging-off of the presentation of the items to beneficiaries in Biu area, Mr. Usman Abubakar, who led the team of AMCON officials to Borno State, said AMCON was in the state to show support and assist in whatever way it can to the affected children and families that were traumatized and distabilised by insurgence in the northeast, where violent attacks by extremists forced more than 2.2 million people to flee their homes including over one million children who are presently out of school.

Usman who called on the benefitting children and families to make judicious use of the items said this kind gesture by AMCON led by Mr. Ahmed Kuru has demonstrated that the society has not abandoned the IDPs in their times of trouble. He also called on well-meaning individuals, corporate and government organisations to come to the aide of the affected children and families in the northeast, which he said would greatly ameliorate their suffering.

While praying for the end to insurgence not only in the northeast but all over Nigeria, Usman also commended the management of the Nigeria Education Crisis Response (ECR), whom AMCON is using to ensure effective and equitable distribution of the donated items in Biu and other locations in Borno State.

According to him, the ECR programmes are engaging communities and officials in the localities to get out-of-school children between the ages of 6 to 17 into formal and non-formal learning centres, as well as providing the psychosocial support required to start the emotional healing process.

Usman said it was these outstanding qualities of ECR led by Mr. Ayo Oladini that convinced AMCON to select ECR who is also in partnership with USAID, as the appropriate channel for the distribution of the items in Borno State from a host of other Non-Governmental Organisations operating in the areas.

The items that were distributed include scholastic materials to Mainstreamed Learners and Parents Caregivers; starter packs for small scale businesses as well as food items such as rice, beans, semovita, groundnut oil, cooking utensils and salt, among others. The AMCON team also paid a courtesy visit on Emir of Biu, Alhaji Umar Mai Mustapha Aliyu.

AMCON began the distribution of the IDP relief materials in Yola, Adamawa State on November 2, 2017 across the seven local government areas of the state. The benefited LGS include Girei, Fufore, Shelleng, Song, Numan, Yola North and Yola South where over 3,000 individuals directly benefited from the items.