Managing Director/Chief Executive Officer, Asset Management Corporation of Nigeria (AMCON), Mr. Ahmed Kuru yesterday in Abuja pledged that the Corporation would continue to seek improved collaboration with Estate Surveyors and Valuers Registration Board of Nigeria (ESVARBON) because of the critical role they play in asset sales.

Kuru, who spoke when he received a delegation from ESVARBON led by its Chairman, Sir Nweke Umezuruike, stated that such collaboration with the sister agency is needed this time in the life of AMCON given the pile up of assets, which AMCON has for sale to meet its mandate at the end of the day.

He said, “Valuers determine a lot of what we do in terms of assets sale. We therefore consider ESVARBON as key stakeholders in our recovery mandate and will always encourage this sort of interaction. That is why I have always said that conservativeness is very key in the valuation business because it is critical to how we (AMCON) go about the disposal of the assets we have in our portfolio. We have always engaged your members and we will continue to engage them to handle our valuations and the reports they come up with affect our decisions. So, we will continue to work with ESVARBON because your job as estate valuears have both negative and positive impact on AMCON.

The AMCON boss also used the occasion to express AMCON’s main concern, which has to do with quacks in the sector, which makes it difficult to get the right valuation of assets most of the time. Kuru said it would be in the interest of AMCON, ESVARBON and the public if unqualified practitioners that litter every state of the federation as members of ESVARBON were eliminated.

In his response, Sir Umezuruike said Estate Surveyors and Valuers have enjoyed treasured professional relationship with AMCON. He said ESVARBON was aware of the key role of registered estate surveyors and valuers to the successful realisation of the statutory mandate of AMCON. He argued that through ESVARBON services to AMCON, both government agencies actually work for the economic development of the country.

Addressing the issue of quackery, which Kuru mentioned in his speech, Sir Umezuruike assured the AMCON boss that ESVARBON is doing everything within its powers to ensure that only qualified and registered practitioners were allowed to practice in the country. Given instances, he said ESVARBON under his watch just introduced an improved Adhesive Stamp (AS), which he said will separate quacks from professionals. The AS, he disclosed became effective on January 1, 2019.

“The New Adhesive Stamp is personalised, with practitioners’ names and seal/registration numbers. It is easier to use, with security features to avoid cloning and counterfeiting. The new Adhesive Stamp have brighter blue colour and aesthetically well-pleasing. It does not have expiry date. The raison d’etre for the improvement in the form and its application to varied uses is to enhance better regulation and control in the overall practice of the profession,” he said.

The documents that must carry the new AS he added include, Valuation/appraisal reports – individuals and private sector organisations; Letters of offer; Arbitration, mediation and independent expert awards; property and facility management control and agreement; project management agreement and reports; Auction agreement and notices; Agency (sales and letting) agreement and Compensation indemnity certificates.

Sir Umezuruike also informed the AMCON boss that ESVARBON has also made a giant leap with its recent publication of the Nigerian Valuation Standards also known as the “Green Book,” which he described as the practice standards compendium. The publication, he said is the result of a collaboration between ESVARBON; International Valuation Standards Council (IVSC) and Royal Institution of Chartered Surveyors (RICS).

FAAN: Rising To The Challenges Of COVID-19 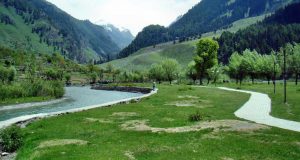 Posted by Sade Williams   The decision by the Federal Government to designate ...