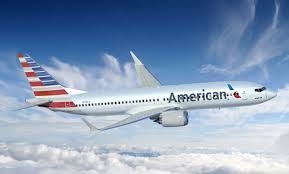 The new order is valued at $12.3 billion at current list prices.

The order includes options on a further 28 787s, and will make American the largest 787 customer in the Western Hemisphere, Boeing said.

The airline also announced it had agreed with Airbus to cancel its order for 22 A350s, originally placed by US Airways.

According to Airwise.com, American’s President Robert Isom said “This was a difficult decision between the Boeing 787 and the Airbus A350 and A330neo and we thank both manufacturers for their aggressive efforts to earn more of American’s business. In the end, our goal to simplify our fleet made the 787 a more compelling choice.”

The airline also reached an agreement with Boeing to defer the delivery of 40 737 MAX aircraft due to arrive between 2020 and 2022. “The revised delivery schedule will better align with planned retirements of other narrow-body aircraft,” American said in a statement.