An Appraisal Of The Civil Aviation Act 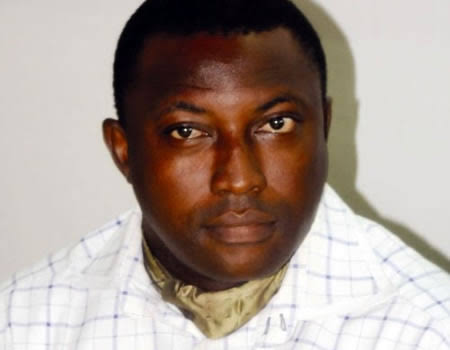 The amendment of the 2006 civil aviation act to reflect the present realities in civil aviation is commendable and long overdue considering a review is necessary every five years at most.

The goal of the amendments is to have a National Civil Aviation Policy that promotes a harmonized approach for sustaining the best global practices in the management of the various aspects of civil aviation and to have a regulator which is vested with the independent responsibility for safety, security oversight and economic regulation of the aviation industry in accordance with all international conventions and agreements, government policies and International Civil Aviation Organisation (ICAO) Standards and Recommended Practices (SARPs).

The institution given this responsibility is the Nigerian Civil Aviation Authority (NCAA) which is an agency under the supervision of the ministry of aviation.

The 2006 act gave the Ministry of aviation some roles that conflicts with the NCAA, such as co-ordination, formulation, and review as well as monitoring of the implementation of aviation technical policies with emphasis on the promotion of safety and security of civil aviation in Nigeria in accordance with international standards and best practices. They were also assigned the supervision of the design, construction and maintenance of Federal Government owned airstrips and aerodromes including other non-revenue generating facilities of the aviation industry.

The Public Service Obligation (PSO) route in the act has never been implemented despite its numerous benefits to economy in general and the unserved communities in particular. PSO routes was to ensure Nigerians in remote and underserved communities have reasonable access to air services to major cities and other key centers, including routes that are not commercially viable.

The federal government has not shown any interest in this direction rather it’s the state government that have been subsidizing such flights. The licensing of a new category of carriers can help in this direction, simply labelled Commuter Carriers with the maximum aggregate passenger seats of all aircrafts in its fleet not exceeding 100 seats, if a Commuter Carrier fleet seats exceed the maximum, it must recertify as a Major Domestic Carrier. The commuters can operate to these underserved cities using the public service obligation route.

A national aviation security committee should be established and replicated at the different airports while a section for drones and cyber security be activated in line with present realities. We must guide against giving the body wild powers in the new policy as suggested in the amendments; Section 9(1)(b) says the agency can enter into any premises, property, aircraft, aerodrome or conveyance without warrant for the purpose of conducting search or inspection in furtherance of its functions under the Act. this is not appropriate considering they will have to use armed policemen/security men for this action and can easily be abused or used as political vendetta.

Also section 9(1)(G) expropriate property for use in aeronautical search and rescue in any emergency situation where necessary. We must consider convenience and livelihood here some level of compensation should be considered Section 11(3) protects the removal of the Director General (DG) by adding the clause senate confirmation as it is done during nomination. I am of the opinion that the independence that we crave for start from the appointment of the DG, therefore a competitive and transparent process should be adopted rather than the present method whereby the Minister nominates and send to the president and senate thereafter for clearance.

Section 23(2) – The 5% of airfare, contract, charter and cargo sales charge shall be chargeable on the total amount, excluding statutory fees and taxes. This is commendable as airlines and other organisations have used and still use different surcharges which increases fare without commensurate payment to the agency and allied dependents .Section 23(3) The Authority may delegate the power to collect the 5% of airfare, contract, charter and cargo sales charges to airlines and such funds collected shall be remitted to the Authority. If and when ever this option become inevitable, we should avoid a reoccurrence of what happened at Federal Airport Authority of Nigeria (FAAN) when this option was adopted, it became an embarrassing mess between both parties that the unions were used to forcefully eject the other party.

The percentage to be paid and scope for this service should be stated clearly ab initio which should not be more than 2%.

Section 23(6) All Air Operating Certificate(AOC) holders who manage aircraft other than that of the operator, which aircraft is included in the operations specifications of the operator, shall pay a 5% management fee arising from such contracts. This is double taxation since AOC holders will be remitting the passengers taxes and other operational statutory payments on the aircraft to the body.

Section 23(10) – An air operator which fails to remit to the Authority, within the time specified in the regulations the 5% charge, commits an offence and its directors are each liable on conviction to a fine of N5,000,000 or imprisonment for a period of two years or both. This is draconian suspending the AOC will be appropriate after going through the due process of notification.

Moving forward it is not enough to just review the civil aviation act without putting in place structures that will make it effective and enduring, NCAA’s powers are eroded, diluted and influenced by the overbearing nature of successive ministers appointed to head the ministry of aviation.

We do not need an independent ministry of aviation neither do we need the overbearing influence. Aviation was part of the ministry of transport why this government reversed it in 2019 and increased cost of governance remains a mystery, yet they want to implement Orosanye’s report in the 90th minute.