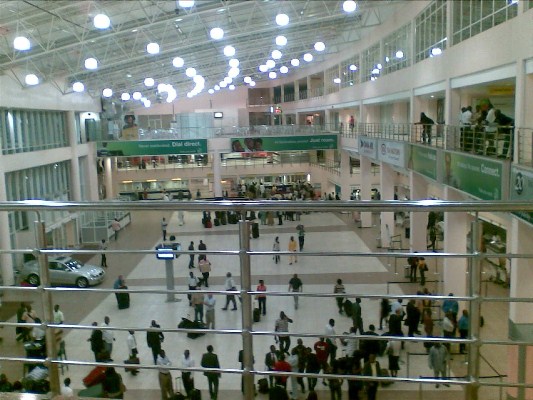 As the newly inaugurated Ministers hit the ground running as expected, Hadi Sirika, Aviation  Minister (State), has been urged to immediately begin the process for the privatisation of Nigeria’s airports, saying that this is the only way the infrastructure can be efficient and effective.

Speaking in the light of a recent low rating of Nigeria’s international airports by an independent body and against the backdrop of arrest of a terrorist who was about to board an Aero flight to Lagos from Abuja airport, the experts asked the minister to take a cue from the MMA2 facility which is being operated by a private entity and allow government hands-off operations of airports’ terminals.

Bayo Babatunde, managing director of AVSCON security while speaking with The Travel Port, said, ‘there is need for government to conduct security risk assessment of all the airports to identify security gaps for immediate resolution in the light of heightened terrorism, what happened last week showed that terrorists are actually lurking around, there is need to be extra vigilant and ensure that Improvised explosive devices are not carried on board aircraft’.

Also speaking, John Ojikutu, former airport commandant and general a secretary, Aviation Round Table, a non-governmental organisation, noted that airports’ infrastructure will continue to degenerate unless there is a resolve by government to leave it in the hands of the private sector or individuals to manage effectively.

“In line with the privatisation and commercialisation Act of 2000, government should ensure the total commercialisation of Federal Airports Authority of Nigeria and Nigerian Airspace Management Agency and then immediately privatise airports, both passenger and cargo terminal buildings.

“It ensure that all government security agencies at the airports are under an autonomous central administration and operational control like the USA Transport Security Administration  (TSA)”, he said.

He noted that though it was not a total scrapping, ‘the collapsing of aviation into ministry of transportation is still welcome. However, it is further recommended that the Nigerian Civil Aviation Authority (NCAA) is allowed now to execute its autonomy and assert itself in all matters of regulations and enforcement on civil aviation operations including government/public operators and service providers without interference from the ministry.

“Government should establish three flag carriers that would reciprocate and compete  effectively with all foreign airlines on all the BASA routes and encourage domestic airlines to fly low fare flights by giving free or low landing and parking charges and night landing facilities at dormant airports”, he added.