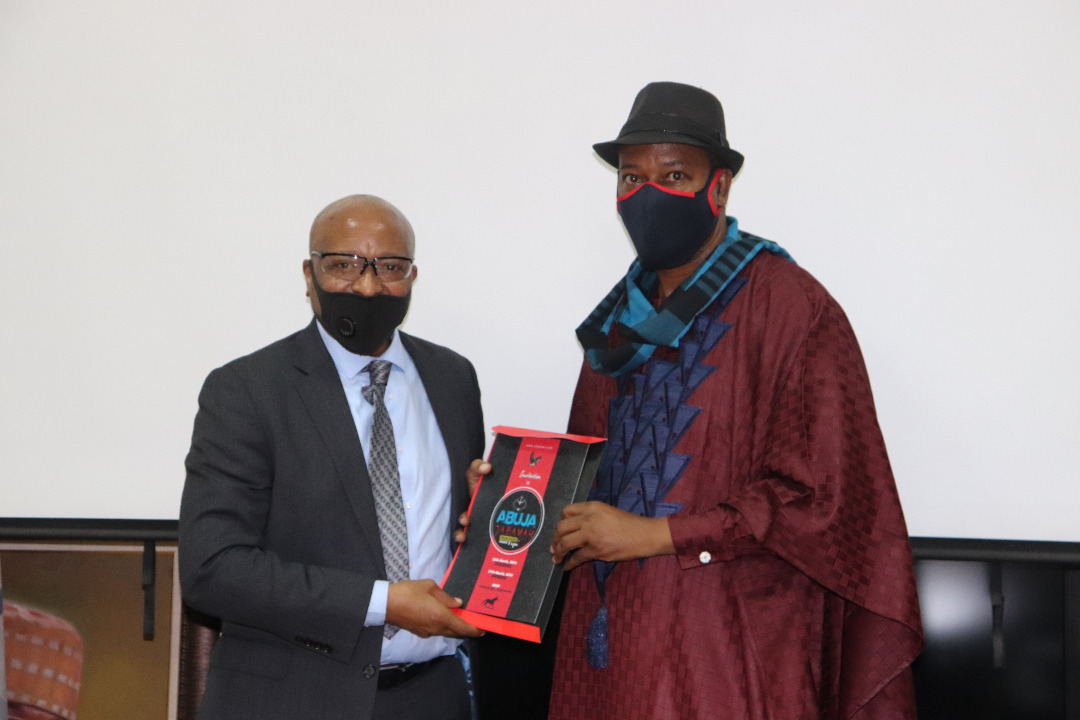 This he says will help Keep the economy running and enable more people to travel knowing they are safe.

“We think aviation workers should get priority for vaccination. In Arik we are trying to see if we can get all our staff vaccinated as soon as possible, this allows us to serve the public confidently, we are frontline staff as we deal with the public everyday.”

He said this when he hosted the Publisher of Atqnews and Travellers Magazine Ambassador Ikechi Uko at his Office.

Ikechi Uko was at the Arik Air Head Office in Ikeja Lagos to personally deliver an invitation for the Annual Abuja Jabamah Travel Event.

The 2020 Travellers award will hold on the 27th of March in Abuja during Abuja Jabamah. Atqnews/Travellers have chosen Arikair as the Nigerian Airline of the Decade 2010 to 2020.

According to the citation read by Ikechi Uko to justify the choice of Arik as the Airline of Choice.

“Today it flies mainly within Nigeria. From the fleet it inherited many aircraft are grounded but effectively using 6 aircraft. Since AMCON took over the airline in 2017 many of the leased aircraft have been returned to the owners or has been repossessed through Court orders.

Four planes were returned to France. 2 Classic Airplanes abandoned in Europe were seized by a European Supplier. Out of the two A340 Planes, one is parked at the Airport in Lagos while the other is in storage in France. Three Aircraft were recovered by the Canadian Export Development Bank. A B737-800 went for C-check in Lithuania and there is now an attempt by Lufthansa to seize it.

So many creditors are trying to seize as many of the assets as they could lay their hands on.

Before AMCON took over Arik it was indebted to a lot of firms. They are all trying to seize one asset or another. So far the managers have managed the situation well.

Arik is in receivership and inherited 2500 staff but now has 1600 on payroll. 900 of those are at home because of the Covid19 Lockdown fallout. Some are getting called back as soon as more activities are added. They are paid some allowances while at home. The Airline has so far proved resilient.

It has also demystified the myth that no Nigerian Airline with 10 Aircraft last beyond 10 Years.”

Ambassador Ikechi Uko further said that it is hoped that Arik recovers and grows back to be the pride of Nigeria that it used to be.

Arik he says is still a global Brand from Nigeria. Kudos he said goes to the founders of the Airline and the workers who helped build the brand.