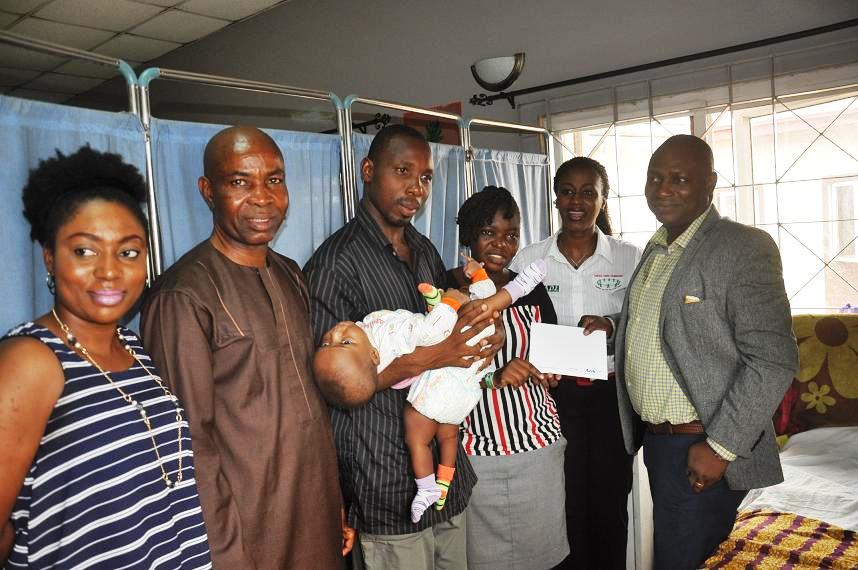 Arik Air, West and Central Africa’s largest airline has sponsored the return tickets to New York,  for conjoined twins, Miracle and Testimony Ayeni in order for the twins to have immediate access to medical care and surgery that they require.

The airline is offering this support in partnership with Linking Hands Foundation, a non-governmental organisation which has secured free medical treatment for the twins at Le Bonheur Children’s Hospital, Memphis, Tennessee, USA.

Arik Air will be sponsoring the twins as the airline’s own little way of not only ensuring that the Ayeni twins get needed medical treatment speedily but also to assist the family in reducing some of the financial burden associated with this trip.

The Founder of Linking Hands Foundation, Efe Farinre while thanking Arik Air for accepting to fly the twins and their family said Miracle and Testimony Ayeni were born on 16th November, 2015, at St. Patrick Hospital Enugu, to Mr Samuel Olusegun Ayeni and Mrs Mary Abiodun Ayeni, both of Kogi State, Nigeria.

“We are grateful to Arik Air for linking hands with us to give Miracle and Testimony Ayeni the opportunity to have individual lives. Through this invaluable support, Arik Air has given the twins a chance to live and yet again demonstrated leadership in corporate social responsibility”, said Farinre.

Arik Air’s Chief Commercial Officer, Suraj Sundaram commented: “Arik Air has been committed to the community since its inception having contributed to various charitable activities through a number of events, programs and initiatives. In this instance, our support will enable these twins access to specialized medical care and give them an opportunity to build a healthy and productive future they deserve.”