Award conferment ceremony to be held Feb 8 in Kigali

Arik Air, Nigeria’s largest commercial airline, has been named winner of the Best Security and Safety Conscious Airline in West and Central Africa award at the 14th Africa Security Watch Awards to be held in Kigali, Rwanda in February 2018.

The CEO of the airline, Captain Roy Ilegbodu has also been named the Most Outstanding Aviation Personality in West and Central Africa.

The award of Best Security and Safety Conscious Airline in West and Central Africa was bestowed on Arik Air in recognition of the airline’s strict compliance to international security and safety standards and the use of modern security tools in its operations.  Arik Air won same award in 2011, 2012, 2013, 2014 and 2015.

Similarly, the airline’s Chief Executive Officer, Captain Roy Ilegbodu was conferred with the Most Outstanding Aviation Personality in West and Central Africa because of his pragmatic leadership in bringing back Arik Air to life and commitment to international best practice on security and safety for passengers and luggage.

Speaking on the awards, Ilegbodu said: “We are pleased to again be a recipient of the Africa Security Watch Awards. Safety and security have been at the core of our operations and we will never compromise the safety of our customers. We took over this airline under very challenging circumstances and we are proud of the entire staff and management who with the support of Assets Management Corporation of Nigeria (AMCON) have rejuvenated the fortunes of the airline.” 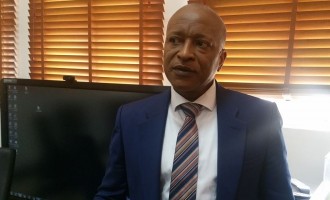 The Security Watch Award conferment ceremony will be held at Radisson Blu Hotel and Convention Centre, Kigali, Rwanda on February 8, 2018.