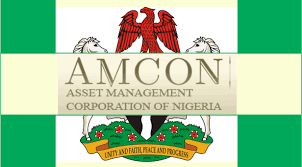 …only 10 aircraft out of 28 operational

Arik Air, largest airline in West Africa, would have stopped flight operation by Monday next week if government had not intervened.

government, which took over the airline on Thursday over inability to pay N300 billion, said following its intervention, it has now been gathered that virtually all of Arik’s trade creditors are being owed, staff salaries have not been paid for between 4- 6 months, and of the 28 aircraft in Arik’s fleet, only 10 are in operation.

It sated on Friday that due to its intervention, flights are operating and the insurance cover for the aircraft which would have expired on Sunday, 12 February has now been sorted out.

It added that trade creditors and fuel marketers have been assured that all indebtedness will be looked into, adding that they have offered to support the new management to get operations run smoothly.

“Flight schedule may therefore be realigned to match the 10 aircraft in the fleet, while also sorting out the myriad of problems confronting the airline. It is obvious that without Government intervention Arik would have virtually stopped operation by Monday of next week.

“Efforts are being made to return the aircraft in various parts of the world in repair yards, with the aim of stabilizing the airline to offer safe, secure and timely services to customers”, it added.