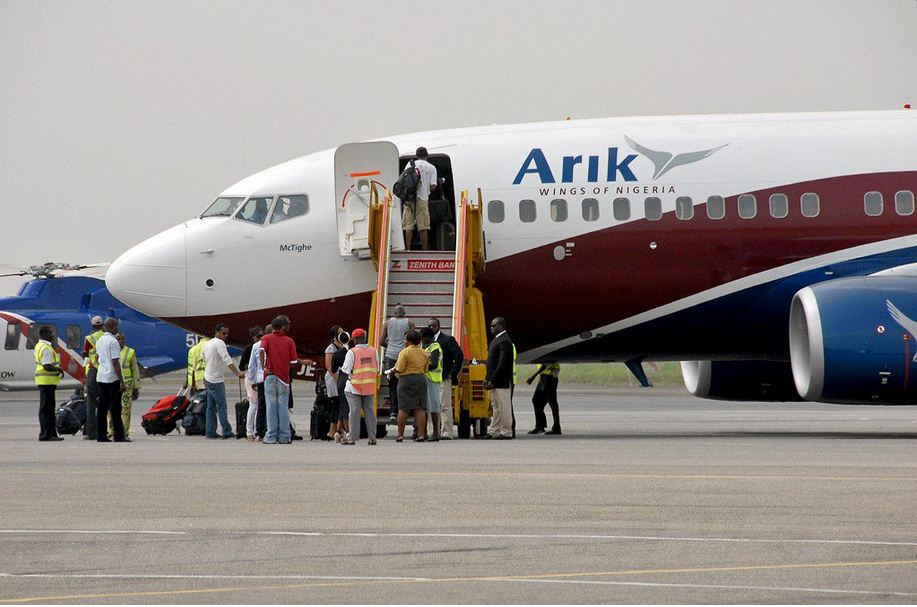 Arik Air on Saturday said, it will be suspending its flights to Osubi Airport, Gombe Airport and move Port Harcourt flights out of MMA2 from Monday, December 10, 2018 to General Aviation Terminal as the Federal Airports Authority of Nigeria (FAAN) has notified airlines of the withdrawal of services to Osubi Airport, Warri, Gombe Airport and Murtala Muhammed Airport Terminal Two (MMA2).

Spokesman for Arik Air, Adebanji Ola, in a press statement said the information is contained ‘in a Notice To Airmen (NOTAM) issued on Saturday, December 8, 2018, where FAAN stated that it will be withdrawing Aviation Security, firefighting and rescue operations from Osubi, Gombe and MMA2 from midnight of Sunday, December 9, 2018.

“Consequently, Arik Air will be suspending its flights to Osubi Airport, Gombe Airport and move Port Harcourt flights out of MMA2  from Monday, December 10, 2018 until further notice.

“All Arik Air flights to Omagwa Airport Port Harcourt will as from the same date operate from Murtala Muhammed Airport Terminal One otherwise known as General Aviation Terminal (GAT).

“Arik Air regrets any inconvenience the closure of the three airports may cause its esteemed customers. The airline hopes the issue between FAAN and the airport authorities will be resolved soonest”, he said.

Meanwhile, FAAN spokesperson, Mrs. Henrietta Yakubu confirmed to The Travel Port that it had issued three months ultimatum to the Gombe, Kebbi and Cross–River States governments as well as the managers of MMA2 in Lagos to pay up their debts or face disruption of services, adding that the ultimatum had expired on December 3 but FAAN added two weeks more which expires Sunday midnight.

”FAAN had issued them three months ultimatum which had expired, we have even issued NOTAM to that effect”, she said.