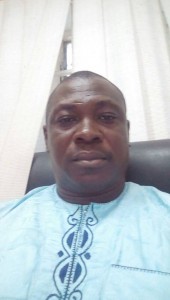 The Ai r Transport Services Senior Staff Association (ATSSSAN), on Sunday,  asked the President and C-in-C, Muhammadu Buhari, to call the National Petroleum Investment Management Services (NAPIMS) to order over its directive  to many clients to terminate all contract with Bristow helicopters over the ditching of her Sikorsky type machine last month.

In a statement issued by the National president of the union, Okewu Benjamin, the association  questioned the authority and grounds of which NAPIMS gave that directives.

Okewu argued that the technical audit  that the Nigerian Civil Aviation Authority (NCAA) was carrying out is a standard procedure used all over the world when an airline or operator is involved in two or more air accidents within a spate of time.

“NAPIMS is only but a corporate service unit of the exploration and production Directorate on the NNPC and have not power to act instead of the Iegulator, NCAA”

Okewu insisted that the only organisation recognized by international civil aviation organization (ICAO) to ground any airline operations and declare it unsafe to fly is the NCAA.

ATSSSAN advised NAPIMS not to use the unfortunate situation of the crash or ditching to play the politics of diverting Bristow contracts to other parties where they seemed to have vested interest in the name of safety as it is too early to make such conclusion.

“Mr. President sir, call the management of NAPIMS to order before they deprive us of our hard earned FAA Category 1 status. They have no knowledge, technicality and authority in the matter which they are issuing directives please.

We must await the final report and decision of the NCAA audit and directives on the matter and these include NAPIMS they concluded”, he added.

But John Ojikutu, a retired airport commandant, said in a message sent to the Travel Port tha NAPIM was only doing its business of saving lives.

“Please don’t blame NAPIMS, they are in the business of saving lives”, he said.