Aviation biofuel: A breakthrough solution for Airlines from Total 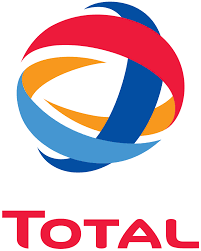 To combat climate change, the air transport sector has committed to halving its greenhouse gas emissions by 20502.

Given continued growth in global air transport, this ambitious aim will require improvements in the performance of aircraft and engines, on the ground and in flight, and the increasing use of aviation biofuels.

Total and its partner Amyris, have developed a practical solution, an aviation biofuel containing 10% farnesane. This blend cuts CO2 emissions by 5% and particulate matter emissions from engines by 3%.

In June 2014, after two years of tests and numerous demonstration flights, the biofuel developed by Total and Amyris was certified by ASTM International3, an international body that specifies standards and properties. Now that the Total-Amyris renewable jet fuel has been included in global industry specifications, the two companies have begun marketing this breakthrough solution to airlines around the world.

The first commercial flights using the aviation biofuel developed by Total and Amyris took place in summer 2014, on flights operated by GOL in Brazil and Lufthansa in Germany.

Between October 2014 and January 2015, this aviation biofuel was used on scheduled flights: for example, Air France’s “Lab’Line for the Future” includes a weekly service on its Toulouse-Paris route. In 2015, farnesane received the Total Ecosolution4 label, proving its eco-performance credentials. In 2016, Total and Amyris fuelled 23 flights between Nice and Paris with biofuel during the Cannes Film Festival and are supplying Cathay Pacific with fuel for several flights between Toulouse and Hong Kong to deliver the Airbus A350s the airline has ordered from the French aircraft manufacturer.

Towards A Competitive Biofuel Available Everywhere

To promote the global marketing of aviation biofuels, Total is drawing on the operational excellence of its subsidiary Air Total International. With 11 million tonnes sold annually, Total is a world leader in the distribution of jet fuels.

Operating in 300 airports in more than 70 countries around the world and a market leader in Europe and Africa, Air Total International is contributing all its technical and logistical expertise to the commercial development of this new biofuel for aviation.

The large-scale adoption of biofuels by airlines remains a challenge for the coming years.

Total and Amyris are making their solutions more competitive and sustainable. The longer-term goal is to produce advanced renewable jet fuel from “cellulosic” sugars, extracted from the non-food part of plants. With the progress to date and in partnership with innovative companies, Total is helping make more sustainable aviation fuels accessible on a global scale.